Amazon Air’s flight activity increased by more than 17% over the last six months as the e-commerce giant continued to expand its fleet and network, according to a new report from the Chaddick Institute for Metropolitan Development.

The report, written by Joseph Schwieterman, Borja González, Mitchell Hirst and Abby Mader, shows that in August Amazon Air operated an average of 164 flights per day compared with 140 in February.

The increase comes as the number of aircraft in Amazon’s fleet increased from 59 in February to 73 in August. The company also started operations in Canada during the period through a tie-up with Cargojet.

“The US and US Caribbean portion of Amazon Air grew 14% between the February and August periods, whereas Amazon’s newly added intra-Canada operation now accounts for 3% of its daily flights,” the report said. 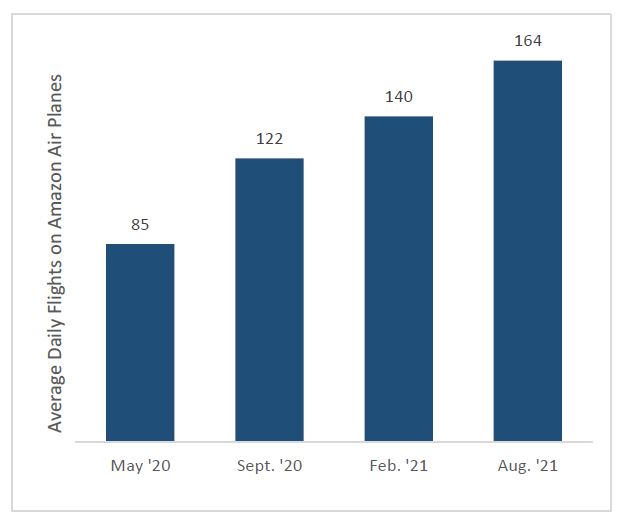 Looking ahead, the writers expect Amazon Air to increase its daily flights by a further 12-14% by January, bringing its average number of daily flights to 180.

Meanwhile, its fleet is expected to reach 80 aircraft.

As a result of the network expansion since February, the share of the US population that lives within 100 miles (by air) from an Amazon Air airport increased from 60.1% in February to 70.2% in August.

The report also found that Amazon Air is increasingly relying on flights of partner carriers that are not part of the Amazon Air fleet, such as ATI, ABX and Atlas. 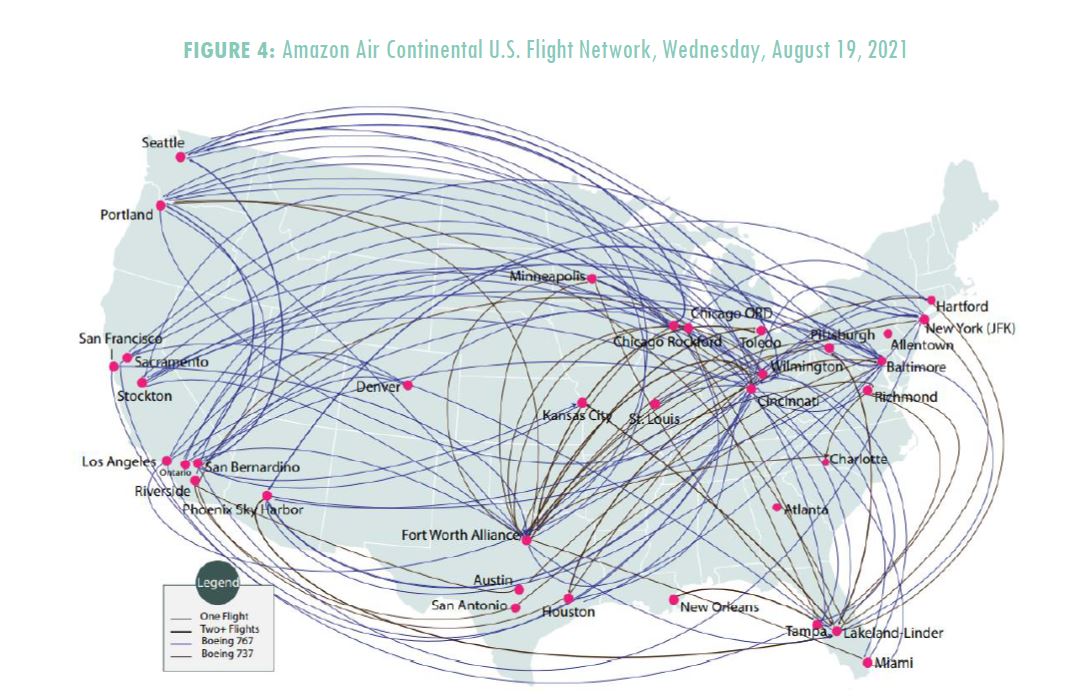 The writers estimated that partner airlines operate 20-30 daily flights in the US domestic market, while flight itineraries in Europe suggest there is also a “sizeable supplemental operation across the Atlantic” in addition to its own flights on the continent.

Amazon’s international expansion is also expected to continue: “Amazon Air will make more deliberate moves into international markets, although the direction this will take remains unclear,” the report states.

“We anticipate Leipzig to be a focal point of that expansion, although Amazon’s apparent penchant for using contractors makes tracking its European moves more difficult. Amazon’s operation within Europe may already be larger than many realise.” 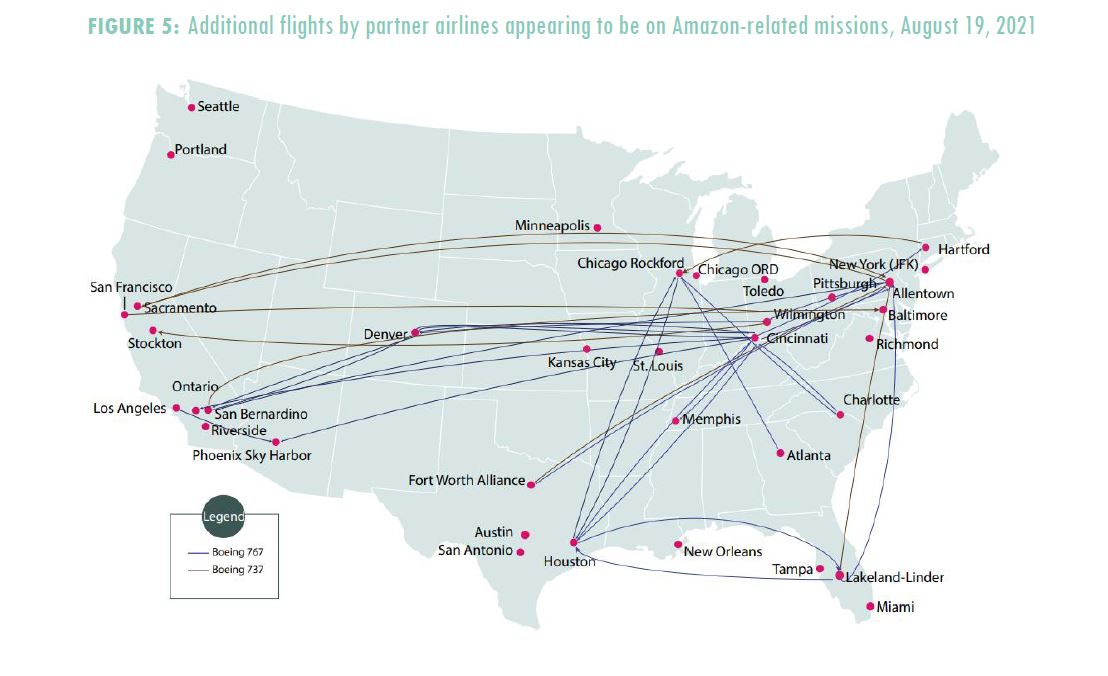 And Amazon is expected to increase its use of turboprop aircraft as it looks to reach mid-size destinations.