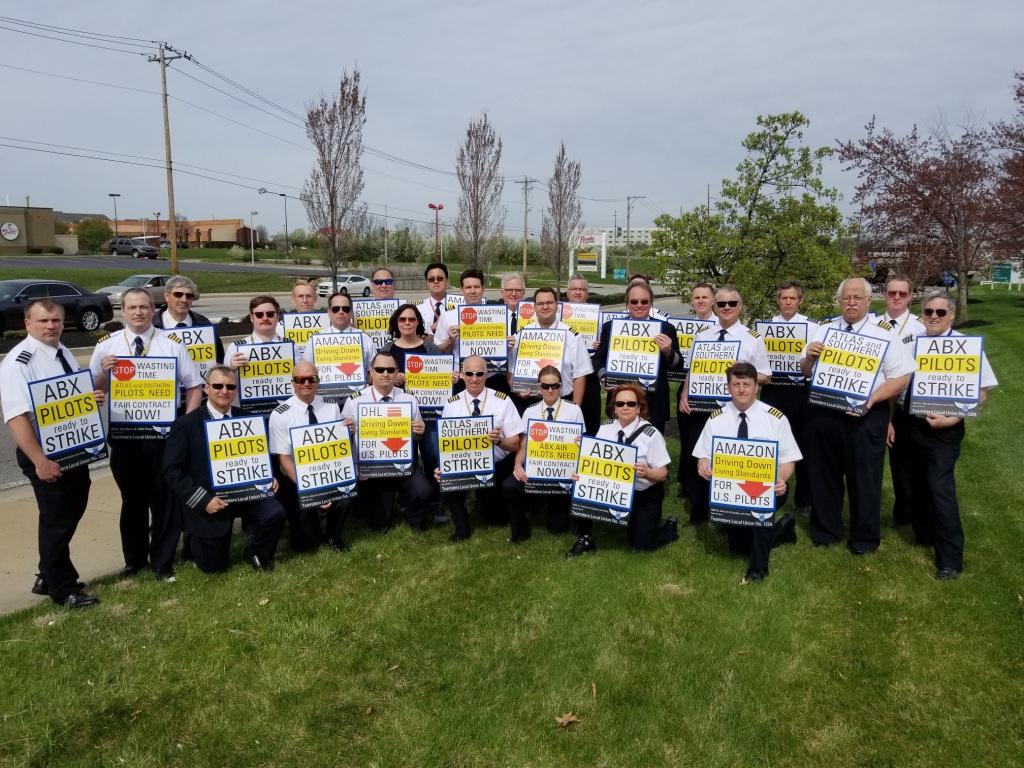 Pilots flying for Amazon took to the streets again to protest over pay and working conditions at the airlines providing capacity for the e-commerce giant.

The pilots flying for Atlas Air, Southern Air and ABX Air took to the pavement outside Cincinnati/Northern Kentucky International Airport (CVG) – where the e-commerce firm will base its fleet –  as contract negotiations between unions representing the pilots and their airline employers continue.

The unions point to a recent survey they carried out that shows 65% of respondents have been asked to fly on their days off in the last year and that 65% percent of respondents from Atlas Air and ABX Air said they have little faith that their carrier has enough pilots to meet the long-term needs of Amazon Air.

Meanwhile, aircraft flying for Amazon as part of its most recent expansion have begun arriving in the US. In March, it was confirmed that Amazon would add five B737 freighters to its existing fleet of B767F aircraft.

Website Flight Radar 24 shows that two B737 (N851DM and N843DM) arrived in Jacksonville Cecil Airport on April 5 after flying from Sapporo. The Boeing 737-800 aircraft will be leased by Amazon from “a third party” and sub-leased to Southern Air, which will provide CMI services.