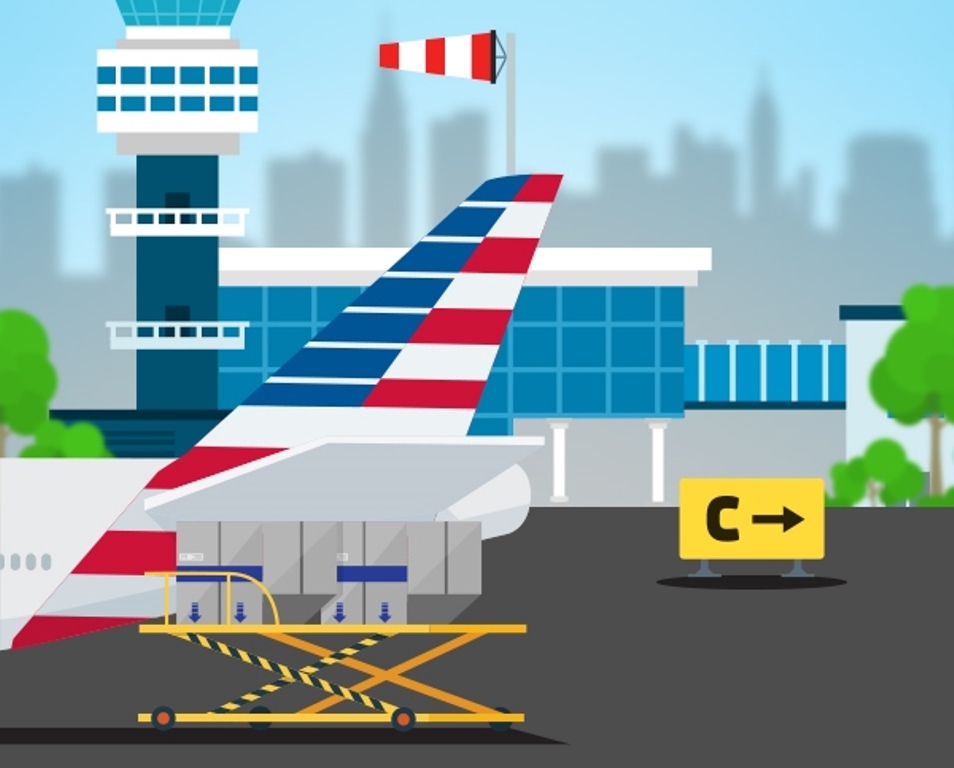 American Airlines Cargo reported record mail/freight volumes and revenues in 2018, a reflection of  airline performance across the North America region.
In total, the Dallas-hubbed airline saw cargo traffic increase by 4.3% year on year to 2.9bn cargo ton miles, while revenues were up by 13.8% year on year to just over $1bn.
This reflects strong growth for airline’s in the region last year – IATA statistics for the region show North American carriers reported a 7.2% increase in cargo traffic over the first 11 months of the year.
“The strength of the US economy and consumer spending have helped support the demand for air cargo over the past year, benefiting US carriers,” the airline group said in its latest market update.
Meanwhile, rates have been tracking ahead of 2017 levels for much of the year, which would have boosted revenues.
American said that despite the increased demand, it managed to achieve record Flown As Booked (FAB) numbers.
The trend continued through the end of the year, setting all-time FAB records in six out of the last seven months.
“New routes, strategic capacity planning and exceptional team work from across the organization led to the best annual performance numbers ever recorded in the airline’s history,” the airline said.
“Our Operations team set all-time performance records, while moving record volumes of freight and mail across our system this year, reaching our typical peak fall volumes month after month,” said David Vance, vice president, operations, American Airlines Cargo. “It’s impressive to say the least and makes me very proud to lead Cargo Operations.”
“We’ve had an incredible year,” added Rick Elieson, president, American Airlines Cargo. “We set out to break records and did just that. We achieved a major revenue milestone, but more importantly, our teams handled record volume and still delivered the best operational performance in the history of our company. Thanks to the daily effort of every single team member in this organization, 2018 was definitely a historic year.”