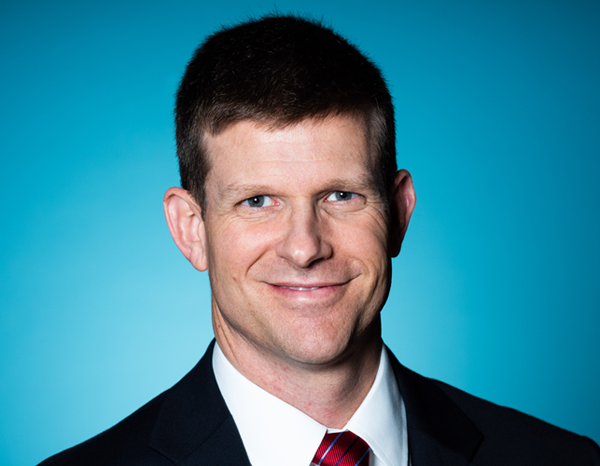 It’s been six weeks since Greg Schwendinger took up the role of president of American Airlines Cargo when Air Cargo News spoke to him for the first time and so far, it’s been a “fantastic experience”.

Schwendinger is an American Airlines veteran having joined the airline straight out of graduate school in 2005.

He went on to hold a variety of roles at the airline in the finance, network and fleet planning, commercial and corporate development areas of the business before leaving in June 2020 to take up a position at a private equity backed healthcare services company.

Earlier this year the opportunity came up for Schwendinger to re-join American, heading up the cargo team.

“I had always observed the cargo team’s performance from the finance perch or the fleet planning perch but this was an opportunity to get into the team and be hands-on,” he says.

“So many of my colleagues had roles in the cargo organisation and spoke highly of it so when the opportunity presented itself it was easy for me to say yes.”

He adds: “The culture of the cargo team is unique; it is a very close-knit culture.

“In many ways, it is a company within a company because of all the different things that our cargo organisation does, from compliance to strategy to revenue management to commercial and ops.

“Because of that it has a bit of a small company feel but with the resources of a very large global airline, so the culture is fantastic and the leadership team is fantastic.”

Schwendinger has joined the cargo team at an interesting time; demand is resetting after a Covid-related boost, while airline passenger and bellyhold networks are being rolled out.

At the same time, American is continuing to enhance its IT capabilities following the deployment of IBS Software’s iCargo system.

“It is an interesting time, the supply/demand dynamic in the cargo space is changing,” says Schwendinger.

“We are paying close attention to what is going on with inflation across various economies that we do business with and what their central banks are doing to rein in inflation.

“That will invariably have some impact on the business, but to what extent and for how long is yet to be determined. We are keeping a close eye on that situation.”

Despite these challenges, Schwendinger says that 2022 will be the second-highest revenue-generating year for American Airlines Cargo after 2021.

Higher freight rates have helped offset industry-wide volume declines and it should be noted that IATA statistics show volumes are still tracking in line with 2019 levels.

In terms of cargo capacity, Roger Samways, vice president commercial, says that the airline is at about 90% of pre-Covid 2019 levels.

The overall airline is running at around 93% of 2019 levels, although mainline is closer to 100% with regional capacity still lagging slightly.

Samways adds that the Asia Pacific network is returning more slowly than other areas of the world, although the carrier has recently announced plans for the restart of operations to Japan, and flights to Australia and New Zealand were added in late October.

Flights to China will return more slowly given the travel restrictions to the country, he says.

Helping to fill the flights is the return of interline partnerships, which previously accounted for around 10% of cargo carried but fell during Covid.

“We built a network of connections through interline and trucking, feeding London from throughout Europe and beyond.

“During Covid we saw that feed largely stop but as there was much less capacity in the market and higher demand carriers were able to rely on the local feed to fill flights.

“What are finding now is that the supply-demand balance is beginning to change, and it is throwing up opportunities for us through interline feeds and our trucking network.”

He adds: “We are re-establishing those relationships and those processes, which is really helping us to build back into the capacity.”

Another development at the airline over the last few years has been investment in digitalisation following the implementation of the iCargo system in October 2019.

Most recently, the airline has been adding its capacity to third-party booking portals with services going live on cargo.one last month and WebCargo in April.

Schwendinger says that in the first six months of the airline being live on WebCargo more than 1,000 users booked at least one shipment through the platform.

“We are really pleased with how both platforms are performing,” says Samways.

Schwendinger adds that the American Airlines Cargo website has also been enhanced over the last 12 months, with improvements to make it more user friendly, for example making it easier to make repeat bookings.

He adds: “We have gone live with allowing known shippers to book live animal shipments on our website and the take up has been really good.

“We are seeing that 50% of known shippers are booking live animals over AA.com and that number is growing.

“And then we have also made some changes in the way we present capacity earlier on in the booking path such that our users have certainty that the capacity they are looking at will meet their shipping needs as they progress through the booking chain.”

As well as expanding onto third-party portals, the carrier has also been building up the number of direct links with customers to allow them to book directly on flights.

Samways adds that shipment visibility has improved with the implementation of scanning technology, which has helped reduce the number of traces that need to performed – locating cargo that is delayed – by 79% over the last six months.

Emissions is another key focus for the aviation industry and Samways says that American Airlines is the single largest user of Sustainable Aviation Fuel (SAF) globally.

The airline has a contract in place to purchase more than 620m gallons of SAF by 2030 from three providers; Neste, Aemetis and Gevo.

“The challenge is availability,” says Samways. “Most of the SAF that we have purchased doesn’t become available until 2024 so we have begun to partner with our forwarder customers to make SAF available

“Kuehne+Nagel purchased 3m gallons of SAF from us a year ago and that is a model we see being able to replicate elsewhere in the marketplace, but the availability of SAF makes it difficult to do that in short term.”

Schwendinger says that the airline has also partnered with a company called BioNatur that produces biodegradable shrink wrap, which is available at almost all of American’s hubs.

He says that if all the plastic wrap that American purchased in 2021 was replaced with the eco-friendly alternative, the company would save the equivalent of 4.5m plastic water bottles.

“It seems to be working really well and holding up from a durability perspective,” he says.