American, and Qantas resubmit JV application to US regulator 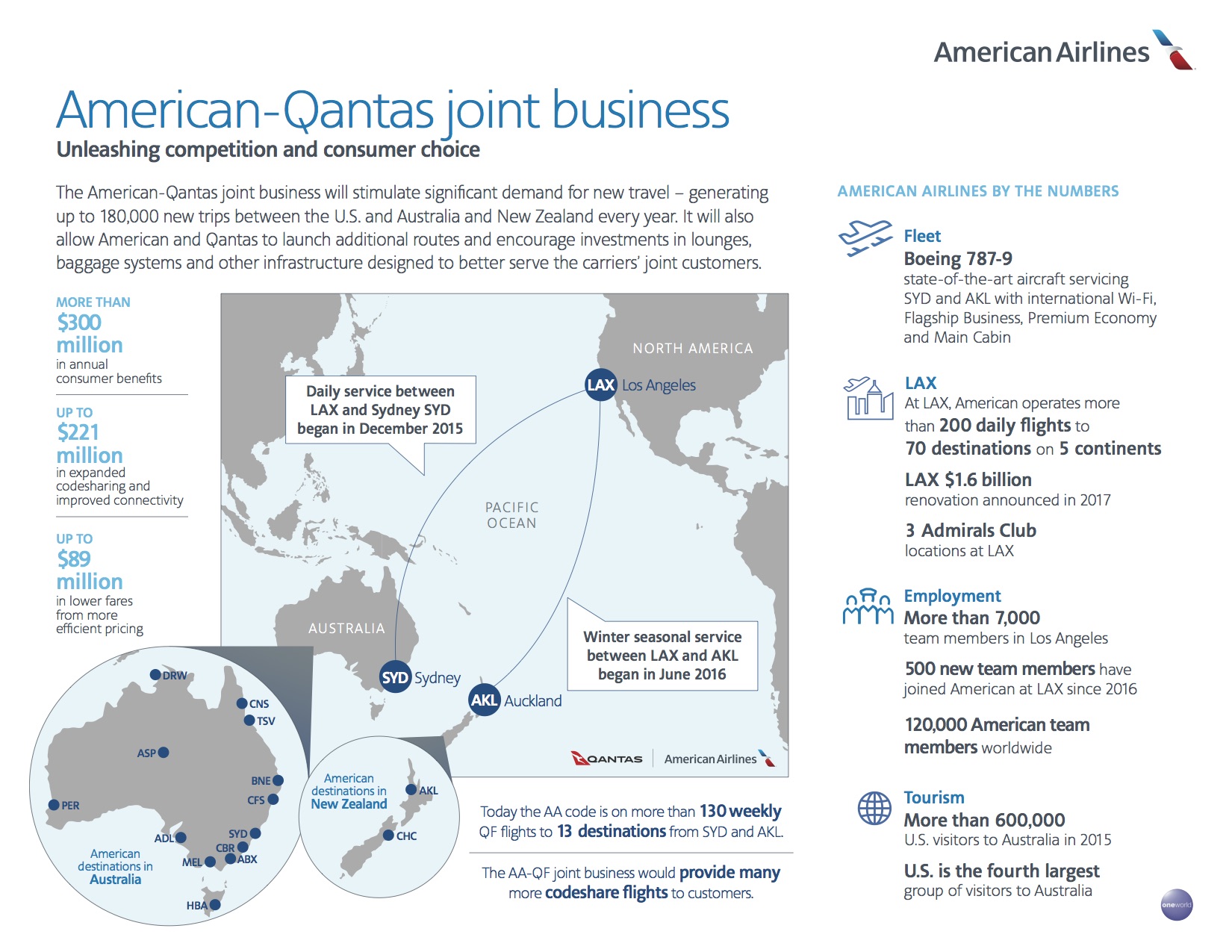 American Airlines and Qantas have filed an application with the US Department of Transportation (DOT) seeking approval to form a joint business flying between North America and Australia and New Zealand.
A statement by the US and Australian carriers said: "The joint business will also give American and Qantas the opportunity to launch additional routes between the US and Australia and New Zealand, including new flights to city pairs currently not served by either carrier."
The potential partners also warned of the consequences, if the DOT does not approve the alliance: "Critically, if the joint business is not approved, American and Qantas will have no choice but to further reduce codesharing on their networks.
"This will jeopardize the number of services and routes each carrier flies between the US and Australia and New Zealand."
The statement continued: "For example, Qantas may be forced to reduce the frequency of, downgauge or potentially cancel its A380 service between Sydney and Dallas/Fort Worth, and American may further reduce its services between Los Angeles and Sydney and Auckland.
"These routes rely on codeshare support from each airline’s feeder network via their respective hub cities to be economically viable."
American and Qantas look forward to working together to deliver new routes, a more seamless travel experience and greater access to lower fares under a joint business."