American Cargo Monthly: The full-year demand results are in 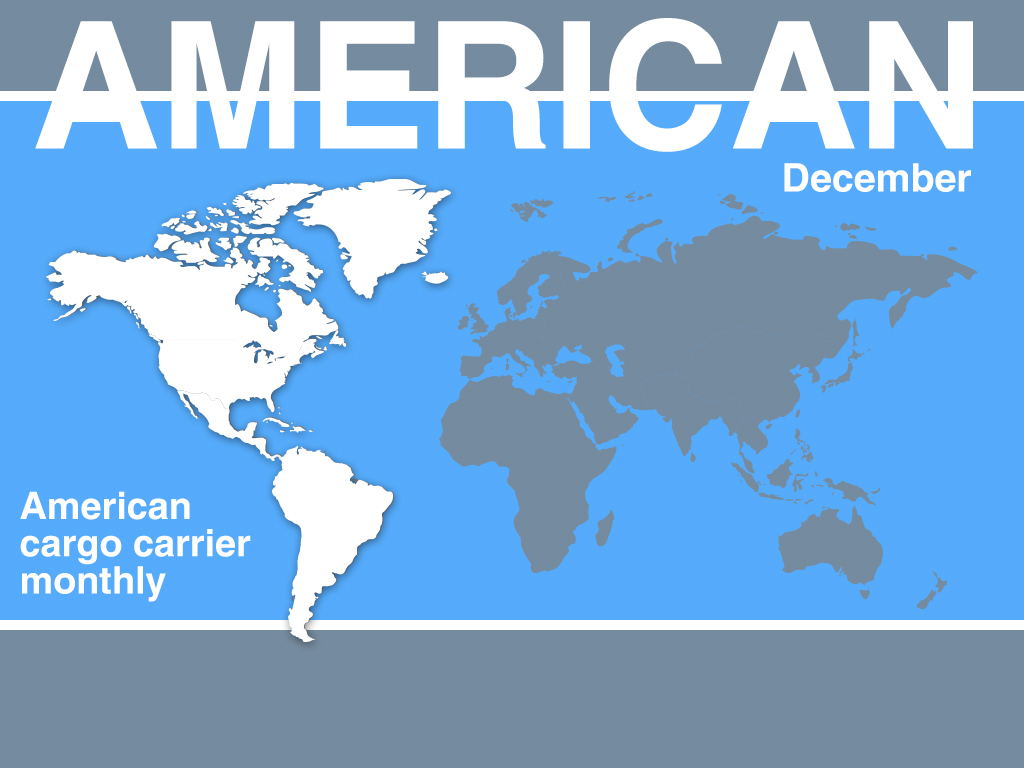 The leading US airlines ended 2016 with cargo demand performance continuing to diverge, as United and American posted improvements on 2015 and Delta saw demand decrease.
The latest monthly statistics from the airline groups show that North America’s largest cargo airline, United, recorded the biggest increase in demand for the year.
Click here or on the image below to view more US airline data
Or, click here to access our data menu

The Chicago-headquartered airline saw cargo traffic increase by 15.6% year on year in 2016 to 2.8bn cargo ton miles (CTM).
This is the airline’s third annual increase in a row and it is now established as the continent’s largest cargo carrier after taking the crown from Delta in 2014.
In December, United saw demand increase by 15.6% year on year to 259m CTM.
The second busiest of the three major US airlines was American, which saw annual cargo demand edge up by 4.9% on 2015 to 2.4bn CTM. The improvement follows on from a decline in 2015.
In December, the airline saw demand increase by 12.9% year on year to 219m CTM, American’s second largest percentage increase of the year.
Meanwhile, Delta continued to see cargo demand decline in 2016. The Atlanta-headquartered airline saw cargo traffic in 2016 decline by 9.8% compared with 2015 to 2bn CTM as it continued to lose ground on United and American.
In December, demand slipped by 3.5% to 165m CTM, but this was the airline’s lowest year-on-year percentage decrease of 2016.
To the south, LATAM also continued to have a difficult time in 2016, a reflection of the wider performance of the South America region as a result of economic weakness in leading economies.
Full-year cargo demand slipped by 8.7% year on year to 3.5bn revenue tonne km (RTK). However, declines narrowed as the year progressed and in December there was a 2.1% slip to 321m RTK.
Click here or on the image below to access more carrier data

Moves to reduce capacity also benefitted the airline as 2016 wore on and the LATAM group’s cargo load factor was above the year ago level in each of the last three months.
In December the airline’s cargo load factor reached 56% compared with 54.1% a year earlier. For the full-year the load factor was 51.7% compared with 53.6% in 2015.
In its latest quarterly update, the carrier group revealed that since the end of last year, it has taken one of its Boeing 767-300Fs out of action. In total, the carrier’s freighter fleet now stands at seven B767-300Fs and three B777-200Fs. It is also leasing three B767-300Fs and one B777-200F to a third party.
Next year, the carrier is planning to withdraw a further B767-200F and also a B777-200F.