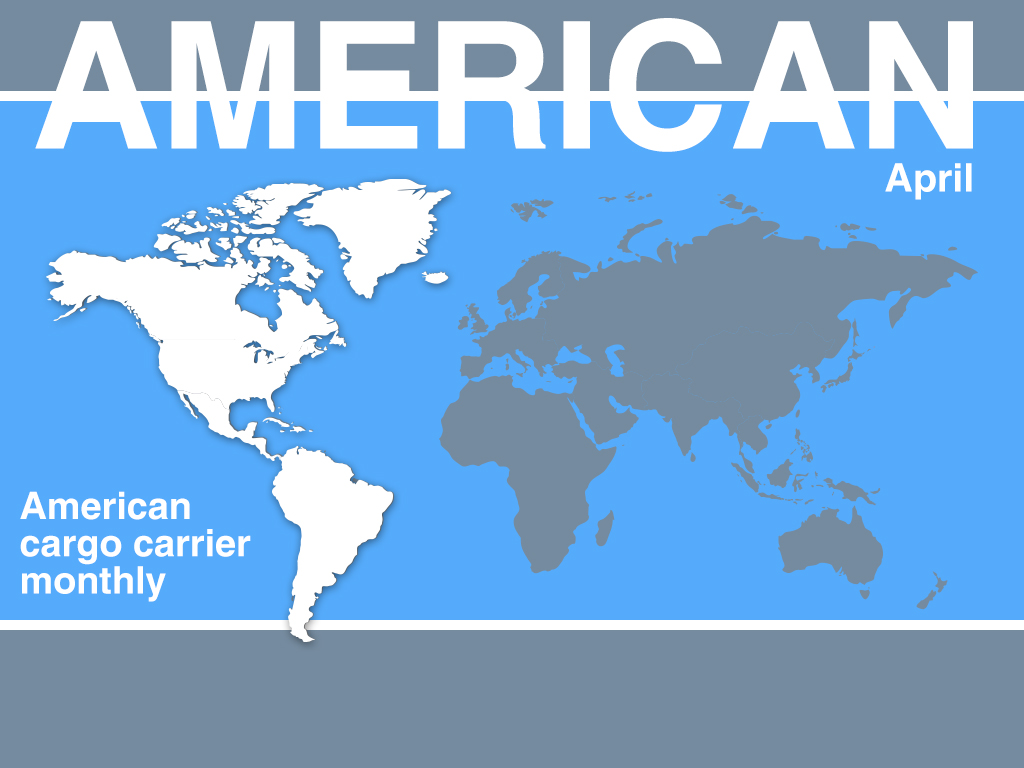 The three major US carriers continued to record rapid increases in cargo demand in April and sources have indicated that rates are also now starting to pick up.
The latest figures from United, American and Delta show that all three carriers registered an improvement in demand during the month.
The largest of the three in cargo terms, United, registered a 19.5% year-on-year increase in demand during April to 265m cargo ton miles (CTM).
Click on chart for interactive version

This is the airline’s eighth month in a row of double-digit percentage improvements compared with the previous year. For the year-to-date, demand is up 20% compared with the same period in 2016.
At American there was an 11.9% year-on-year improvement to 227m CTM and over the first four months demand is up by 13.4% on the January-April period of 2016.
Finally, Delta registered a 9.5% increase in cargo demand during the month to 175m CTM. This is the airline’s largest percentage improvement since February 2015 and its second in a row after 25 months of declines.
While US airlines have been enjoying a bumper start to the year in demand terms, indications are that rates have not improved at the same rate and revenues per cargo tonne mile have suffered.
However, one contact at a US carrier indicated that over recent weeks rates have begun to pick up to reflect traffic improvements and this should be reflected in second-quarter revenue figures.
Meanwhile, in South America the LATAM group continued to focus its efforts on reducing capacity to protect load factors.
The airline group saw demand in April decline by 2.8% year on year to 269m revenue tonne km. However, a 10.3% reduction in capacity managed to push up load factors to 53.9% compared with 49.7% during April 2016.
Click on the chart for interactive version