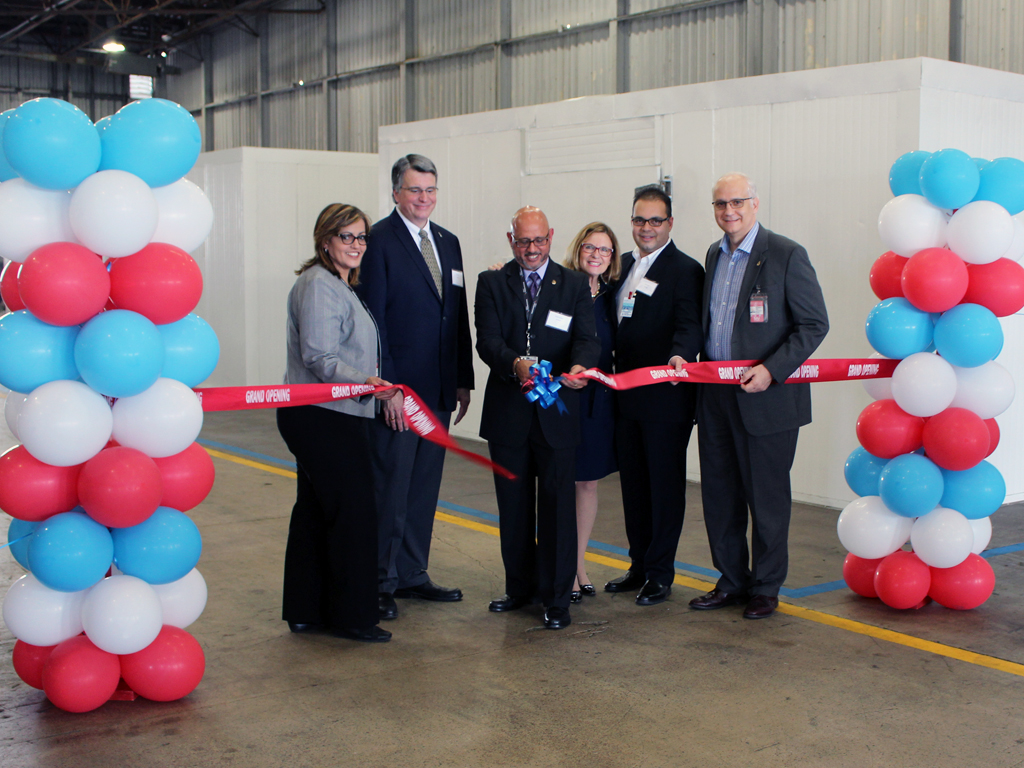 American Airlines Cargo is further developing its extensive perishables and pharmaceutical handling capability. Its most recent investments have seen significant improvements in its cold-chain infrastructure at two airports – Dallas/Fort Worth (DFW) and San Juan – that both handle large volumes of the carrier’s perishables cargo.
American’s new drive-through perishables facility at DFW – which opens officially on 15 March – covers almost 4,000 square feet. It represents an addition to the 1,800 square foot perishable and 800 square-foot pharmaceutical coolers already in operation at the Texas airport.
According to Chris Connell, president of Commodity Forwarders Inc (CFI): “Investing in refrigeration targeted to perishable foodstuffs that transit through DFW is great to see. It’s a major step in the right direction for American Airlines Cargo.
“Being able to provide an expanded cooler network during those warm Texas months gives us peace of mind when we route via their Dallas hub” Connell added.
DFW is to be a particular focus for American’s temperature-sensitive freight shipments this year, the airline says. The airport is an important gateway for perishables moving from Latin America into European and Asian destinations, handling large quantities of perishables like asparagus and berries, Chilean salmon and freshly cut flowers.
The increasing size and importance of the pharma business in Latin America has also encouraged American to add to its cold-chain handling infrastructure at San Juan, with the opening of a new 600-square foot area there on 10 March – bringing the total cooler space available to the carrier at the airport to 1,000 square feet. American will now operate two separate, interchangeable units capable of housing temperature-sensitive products from 15 to 25 degrees Celsius or 2 to 8 degrees Celsius at San Juan. It is the only carrier at the gateway with both refrigerated storage and controlled room temperature spaces dedicated to pharmaceutical goods.
Pharma commodities flying into and out of San Juan include over-the-counter and prescription medicines, as well as active pharmaceutical ingredients (API) that are used for the manufacture of medication.
“Having the ability to temporarily store pharmaceuticals in a dedicated location will allow us to offer customers increased opportunities into and through San Juan,” explained Russell Santiago, American Asirlines’ senior account manager, cargo sales – Caribbean, Mexico & Latin America. “Over the last couple years, we’ve seen an increase in cold-chain traffic into our station, which is consistent with growing market trends and an important sector in the airfreight industry.”
A statement from American confirmed that as demand for pharma and other perishable goods continues to grow worldwide, the process of investing in infrastructure dedicated to handling such temperature-sensitive cargo will continue.