Americas cargo monthly: A bumper month for American and United 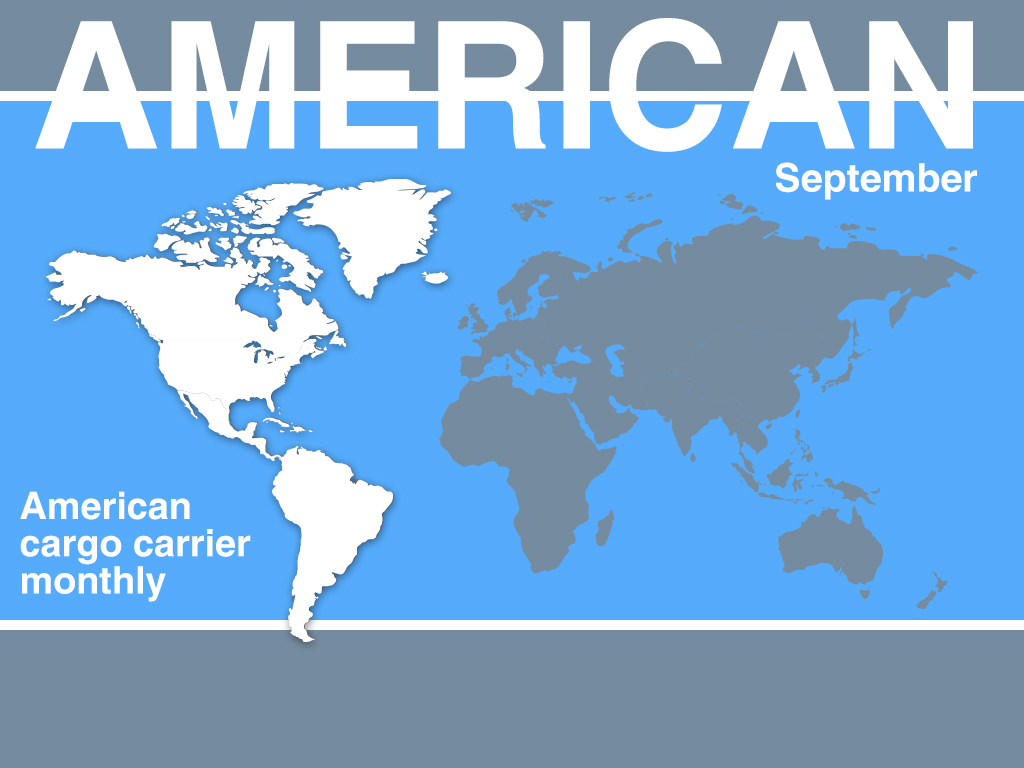 September was a bumper month for American Airlines’ and United Airlines’ airfreight demand, while Delta recorded another decline.
The latest monthly figures show that United saw air cargo demand increase by 15.7% year on year in September to 245m cargo ton miles (CTM) and American reported a 9.8% improvement to 207m CTM.
The double-digit demand increase recorded by United represents the sixth month in a row that the airline has recorded an improvement on the year-ago figure and also the biggest improvement since February last year when it benefitted from strikes at US seaports. 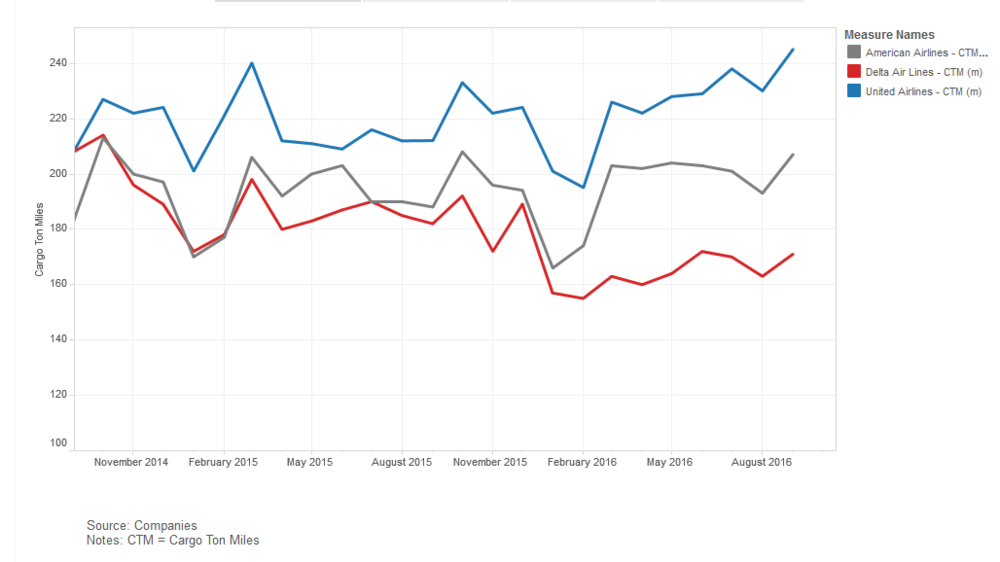 For the year-to-date, demand at the airline is 4.1% ahead of the 2015 level.
American’s demand increase is the airline’s biggest improvement since April 2014. It has also recorded six months without a decline and is 2.2% ahead of demand levels for the first nine months of last year.
Meanwhile, it was more demand declines for Delta as it registered a 7.6% slide to 171m CTM. September was the nineteenth month in a row the airline has seen demand decline and for the year-to-date figures are around 11% behind last year’s level.
Earlier this week, Delta Air Lines reported yet more declines in its cargo revenues during the third quarter of the year.
In Latin America, the LATAM group continued to suffer as the weak economic performance of Brazil took its toll on cargo traffic.
The airline group saw demand decline by 8.8% to 279m revenue tonne km. It has now recorded 23 monthly declines in a row and demand is 10.6% behind last year’s level for the first nine months.
However, some of the September decline was offset by a reduction in capacity of 7.1%. This was not enough to stop the airline’s cargo load factor from declining to by one percentage point to 51.8. 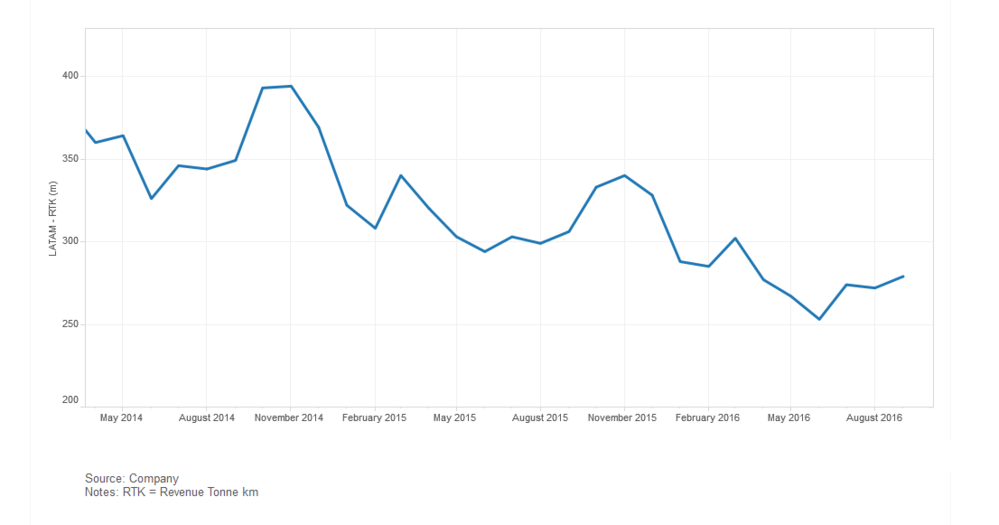 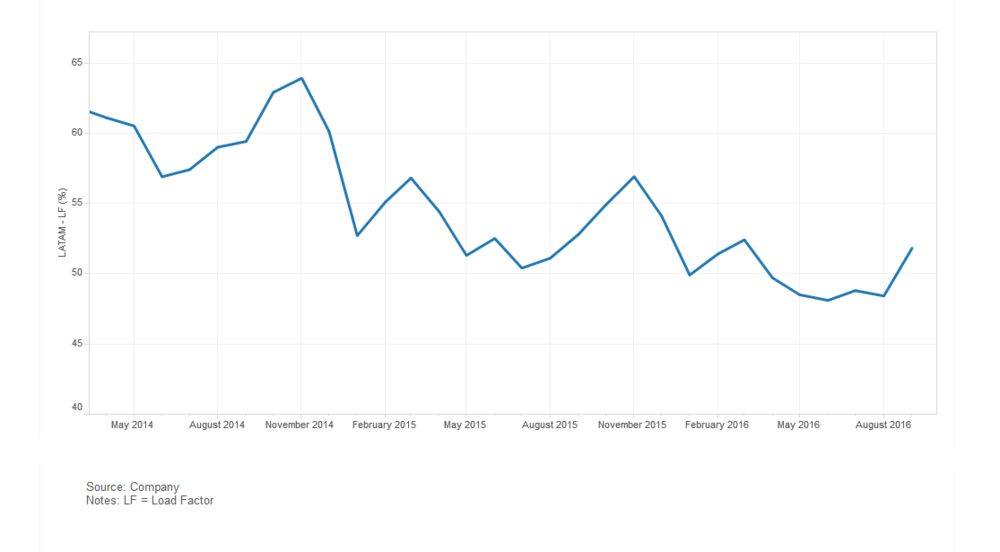