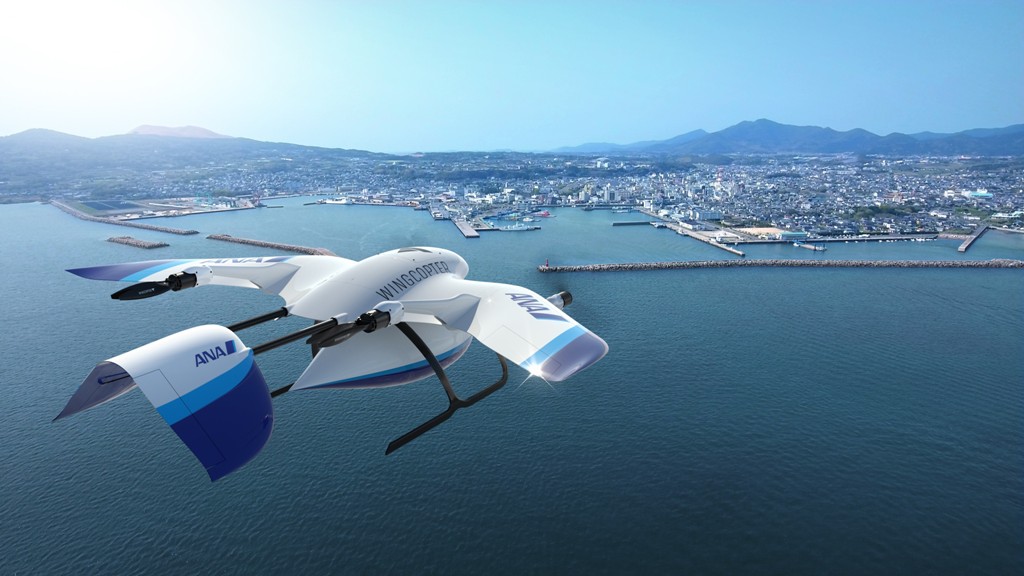 Japanese airline group ANA Holdings is collaborating with drone manufacturer Wingcopter on a new aircraft as the number of unmanned aerial vehicle projects ramp up.

ANA said that the two partners were conducting trials with the electrical fixed-wing VTOL (vertical take-off and landing) aircraft developed by Wingcopter, with the aim of building a drone delivery network capable of serving needs across Japan.

It is hoped the drones will help accelerate the delivery of vital pharmaceuticals and other consumer products to the country’s more remote locations.

The first phase of the current tests took place between March 21-26, with the supervised flight of a Wingcopter aircraft between Fukuejima and Hisakajima in Goto City, Nagasaki Prefecture.

ANA said the ongoing trials will help it determine which aircraft are suited to operate best in each region of the country, evaluating local weather conditions and demand for drone delivery, as it establishes a series of hubs along the transportation network.

“The flights demonstrated the viability of drone delivery for medical supplies, dramatically reducing patients’ waiting times,” ANA said. “In this remote region of Japan, it is difficult to quickly transport medical supplies due to poor infrastructure. This has created problems for public health officials and medical professionals looking to rapidly respond in situations where time is a key factor in treatment.”

“We are excited to partner with Wingcopter as we build on the advances and innovation of previous trials to bring drone delivery one step closer to reality. Once fully realized, a functioning drone transportation infrastructure will help improve quality of life in rural areas across Japan.”

This is not the first time that ANA had dabbled with drones. In 2016, the company began to lay the framework for its drone transportation infrastructure, with the aim of fully commercialising drone delivery services by 2022.

Drone delivery trials have been conducted in Japan since 2018, and the first flights with Wingcopter aircraft took place in 2019.

Also in 2019, ANA signed a memorandum of understanding with Zambia’s government to conduct similar field tests with drones to improve the delivery of medical supplies in Zambia.

ANA is not the only company that has been investing in drones and electric aircraft of late, with a spate of developments announced over recent weeks.

At the start of April, Dronamics has launched a cargo drone airline that will manage same-day delivery services with the Black Swan, its flagship unmanned drone.

Then UPS revealed plans to purchase up to 150 electric aircraft — that could one day be used as drones — as an alternative to fixed-wing planes for time-sensitive deliveries.

And SF Express recently stated it expects that in the next 10 years it will have a fleet of more than 1,000 large vertical take off cargo drones (UAVs) to meet remote delivery requirements.