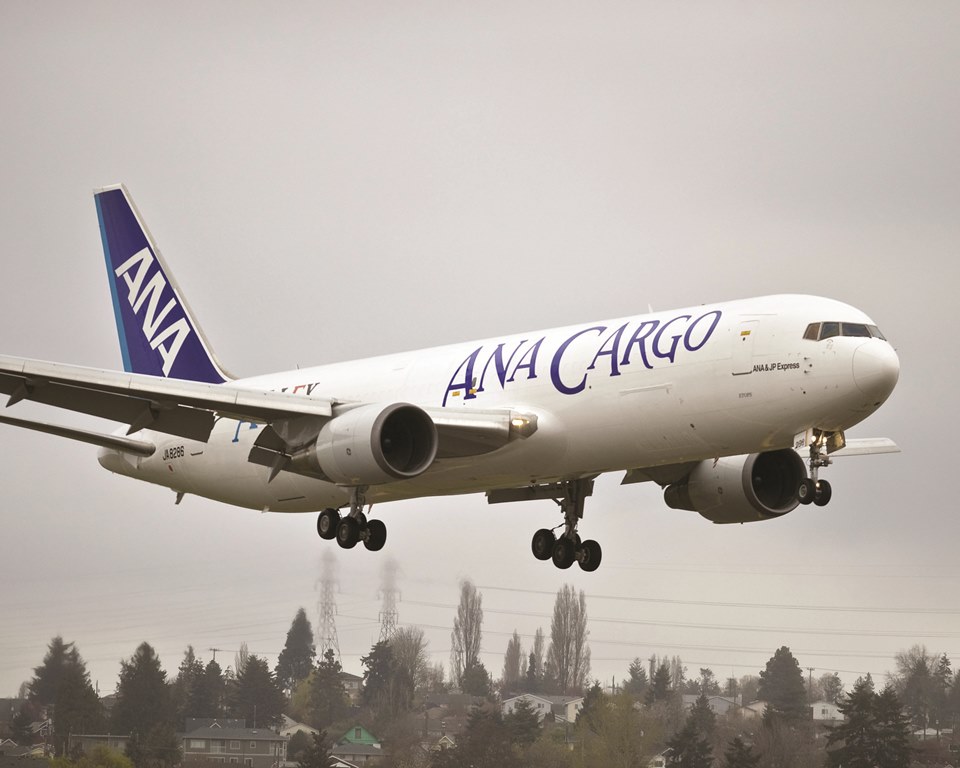 ANA Cargo has endured a difficult second quarter as revenues, volumes and load factors all declined as typhoons, softening export demand and a weakening yen took their toll.
The Japanese carrier saw cargo revenues decline by 2.4% during the April-June period to Y36bn.
Cargo traffic slid by the larger amount of 7% to 734m revenue ton km and capacity increased 3% to 1.86bn available ton km.
As a result, load factors were down to 50.2% from 55.6% a year earlier.
The airline said performance was affected by typhoons and a general malaise in demand and an import slowdown on the back of a weaker yen.
“Although we strengthened our sales structure such as introducing a new loading reservation system in April, which provides space availability information in real time, domestic cargo volumes and revenues both decreased compared to the same period of the previous year.
“[This was] due to typhoons and other inclement weather having an impact on demand for the transportation of fresh produce, particularly from Hokkaido and Okinawa, coupled with a decrease in cargo connecting from international routes due to the effect of the weak yen.
“In international cargo services, we endeavoured to capture strong demand for offshore cargo services including automotive parts from Asia to North America and fresh produce from the US to Asia, but cargo volume and revenues both fell short of the same period of the previous year due to sluggish growth in demand for trilateral cargo service.”
International traffic recorded the larger percentage declines, but revenues were more affected on domestic cargo.
Earlier today, rival Japanese airline JAL recorded increases in cargo revenues and volumes during the period.