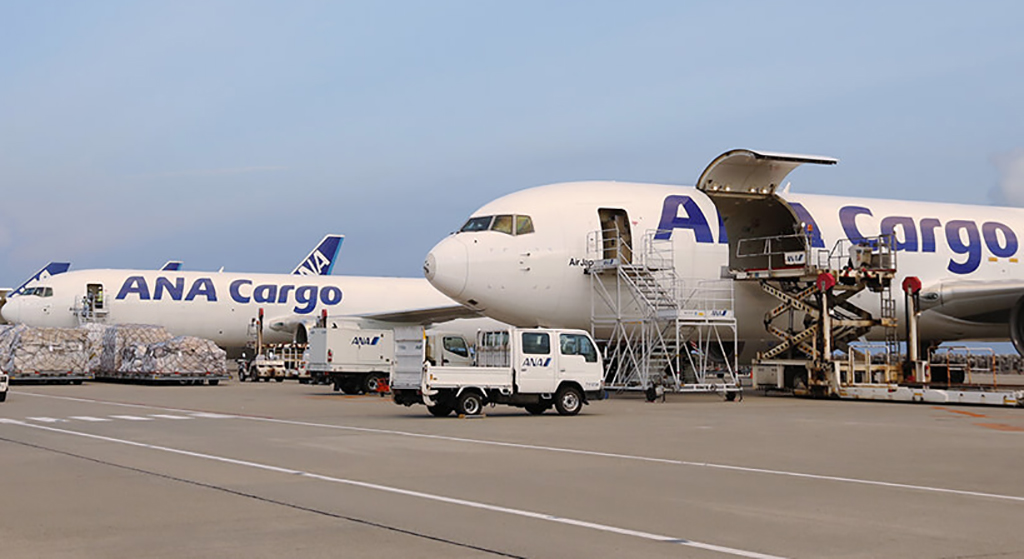 Japanese carrier ANA has unveiled plans for “large size freighters” to capture volumes between Asia and North America via Japan, plus an upgrade for its Okinawa cargo hub.
The ambitions were contained within the passenger and freighter airline’s five year mid-term corporate strategy for 2018-2022, and came as ANA and United Airlines announced that they will expand their cargo joint venture on the transpacific network from February 6 to include routes from the US and Canada to Japan.
The joint venture expansion will offer "more destinations at shorter lead time" with a joint network of 360 nonstop flights a week to 15 destinations over the Pacific and further flight and truck connections within Japan, the US and Canada, said ANA.
The new ANA corporate strategy aims to achieve “sustainable growth” during the period leading up to the 2020 Tokyo Olympic and Paralympic Games, and beyond.
An ANA spokesperson said: “ANA Group will enhance the Tokyo Metropolitan Hub Network model by introducing large size freighters in order to capture demand for cargo travel between the Asian continent and North America via Japan, a route for which stable growth is expected over the medium-to long-term.
“In addition, ANA Group will also reorganize the network built around the Okinawa Cargo Hub, while closely examining the competitive environment and demand trends, in order to further optimize the functionality of this hub.”
ANA Group sees major growth opportunities in the current business environment, as a result of the “gradual recovery” in the Japanese economy.
It also sees increasing demand for travel to Japan based on the economic growth of the Asian region, and opportunities from the planned slot increases at Tokyo’s Haneda and Narita airports.
In January, ANA announced that it will add new intra-Japan cargo services this year as it looks to cater for increased demand in Asia.
ANA’s all-cargo fleet at the end of September 2017 consisted of 12 B767-300Fs and B767-300BCFs.
Meanwhile, the airline also revealed its cargo division’s results for the nine month period ended December 31.
The carrier saw cargo revenues for the nine months climb 22.6% year on year to Y111.7bn, freight volumes were up 4.5% year on year to 1.1m tons.
Domestic cargo revenues were flat and volumes declined. International cargo revenues improved by 30.5%, while volumes improved by 6.7%.
"In international cargo service, flights departing from Japan to North American and European destinations performed strongly due to very high demand, particularly for automotive component and electronic device shipments," ANA said.
"In addition, in an effort to expand and improve the group’s pharmaceutical logistics service, an area where demand is expected to increase going forward, ANA became the first airline in Japan to be awarded the IATA CEIV pharma certification."
Read more cargo Airline news