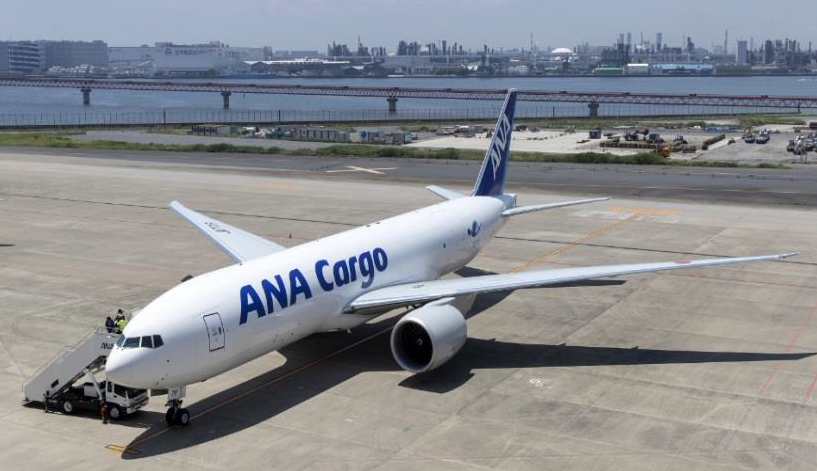 The Japanese carrier said: “The Japanese economy saw increasing weakness in the manufacturing sector and continued decline in exports.

“International cargo service demand slowed due to the cooling global economy, which was caused by several factors including continued trade friction between the US and China, and the impact of Typhoon No. 19 during the fiscal third quarter.”

ANA last week announced a series of cuts to its freighter operations – including its recently-launched B777F transpacific operation – in response to the weaker market conditions.

In total, the airline will reduce the number of weekly all-cargo flights by 51 although it will add a new twice-weekly service from Singapore to Narita and expand passenger flights.

In its commentary on the cargo division for the nine month period, ANA said: “In international cargo service, the Boeing 777 Freighter aircraft was introduced on the Narita- Shanghai (Pudong) route in July and the Narita-Chicago route in October, that helped capture demand for large-sized special cargo, such as semiconductor manufacturing equipment.

“However, cargo volume and revenue both decreased year-on-year due to a decline in demand originating in Japanese and foreign markets as a result of a slowdown in the global economy, caused by a number of factors including US-China trade issues.”

Ichiro Fukuzawa, chief financial officer and executive vice president of ANA, said: ““Growing international and domestic demand coupled with the introduction of new aircraft on key passenger routes and larger cargo aircraft puts ANA in a competitive position for 2020 and beyond.”