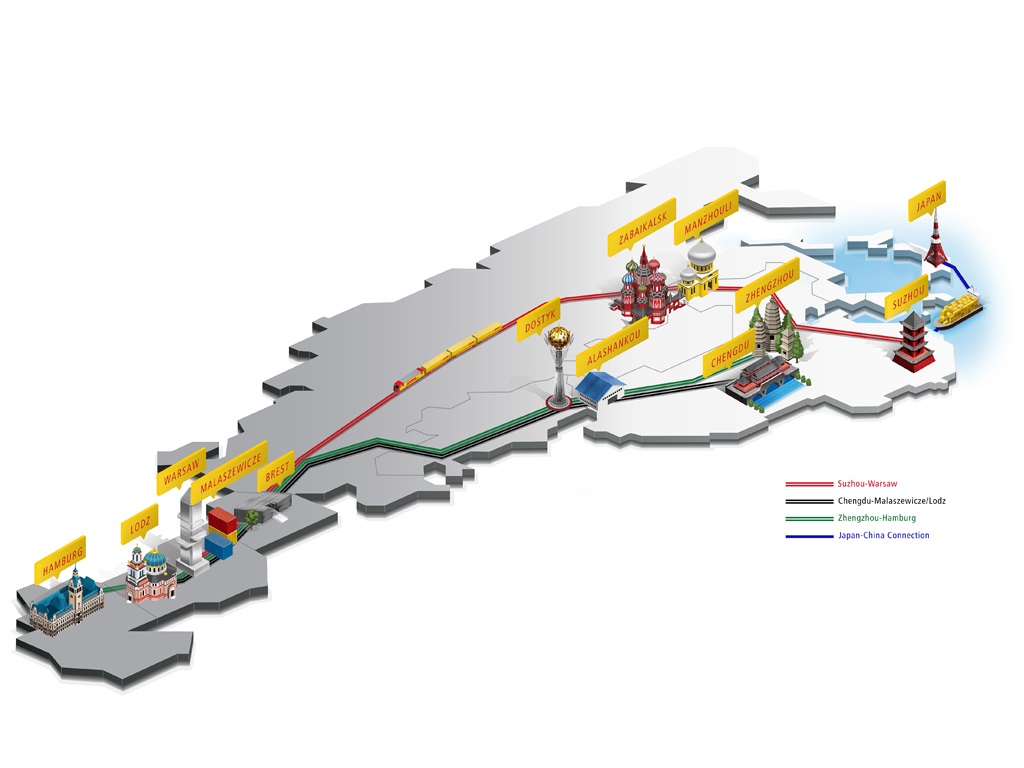 Another China-Europe rail service has been launched that aims to grab marketshare from the air cargo industry.
In early August, German logistics company Militzer & Münch (M&M) began offering a door-to-door weekly groupage service for containers being transported 11,000km from Yiwu in China to Duisburg in addition to its full container operation.
The groupage service comes as China-Europe rail services appear to be growing in popularity with several recently launched and expanded.
M&M Air Sea Cargo head of global sea freight Gunnar Haid explained why he felt they were proving so popular.
He said: "Groupage containers in rail transport are a very promising and flexible alternative to air and sea freight; they are more cost effective than airfreight, and take only half the time of ocean transport [and] the CO2 balance is excellent."
The logistics firm said containers are stowed in Ningbo before being transported by truck to Yiwu, about 200km inland, where they are loaded onto rail wagons.
The transit via Kazakhstan, Russia, Belarus, and Poland to Duisburg takes 14 to 16 days. There the goods are unloaded and consolidated for their on-carriage across Europe.
Total transit times, including final delivery, of China-Europe rail services are in general around 23-25 days.
This compares with around ten days for air cargo and 50-55 days for ocean transport. Airfreight is estimated to be priced around five times higher.
M&M regional manager north Rhine-Westphalia Michael Spitzlei added: "We see growth potential for groupage containers in this budding market.
"Customers are restructuring their supply chains, with the time factor playing a decisive role. Our new service is a sensible addition to the FCL rail transports that we also offer on the China-Europe trade lane."
The service will target the high tech, textile, automotive, and machine engineering sectors.
Other companies that have launched China-Europe rail services that aim to grab airfreight marketshare include: UTi Worldwide, DHL Global Forwarding, Panalpina, Kuehne+Nagel and UPS.
Panalpina estimates that current westbound rail volumes amount to about 3,000 teu (20ft containers) per month, but the potential size of the market is at least ten times larger.