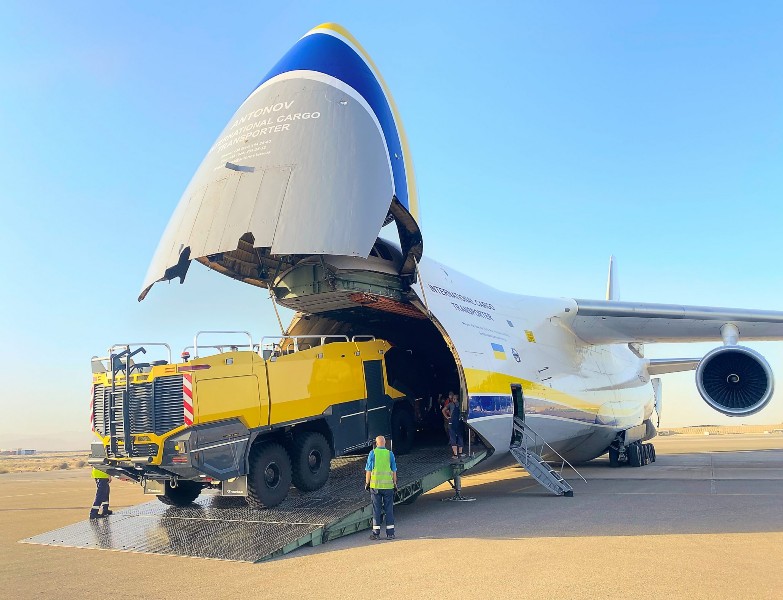 Antonov Airlines is aiming to transfer its operations base to Leipzig, Germany, following the damage and destruction of some of its aircraft and its home base in Kyiv.

In a presentation provided to the Worldwide Project Consortium (WWPC), which is holding its 20th annual membership conference this week in Vienna, Antonov confirmed the scale of damage following Russia’s invasion of Ukraine.

The airline’s home base at Kyiv-Antonov airport in Hostomel has been destroyed, as has the AN-225, an AN-74 and an AN-26-100 aircraft. One AN-124 and one AN-22A are damaged at the airport, with their condition under evaluation.

The Antonov team has been able to relocate to Leipzig from where the company plans to continue the operation of its remaining five AN-124-100 aircraft.

To do this, the airline said it needs to transfer a full-scale base to the airport; deliver the spare engines, parts and other special equipment from Ukraine; source Western versions of the units where possible; and transfer technical specialists, flight personnel and key office employees to Leipzig.

The airline said that in recent weeks it has been carrying out flights to Europe, North America, Middle East, Africa, Southeast Asia and Australia.

The carrier has been carrying out flights worldwide, the airline is prioritising flights for the Ukrainian government, NATA/EU under the SALIS programme and humanitarian missions but there is the possibility of handling commercial flights.

Antonov estimates that in the next 12 months it will conduct 385 flights, with 1,270 landings.