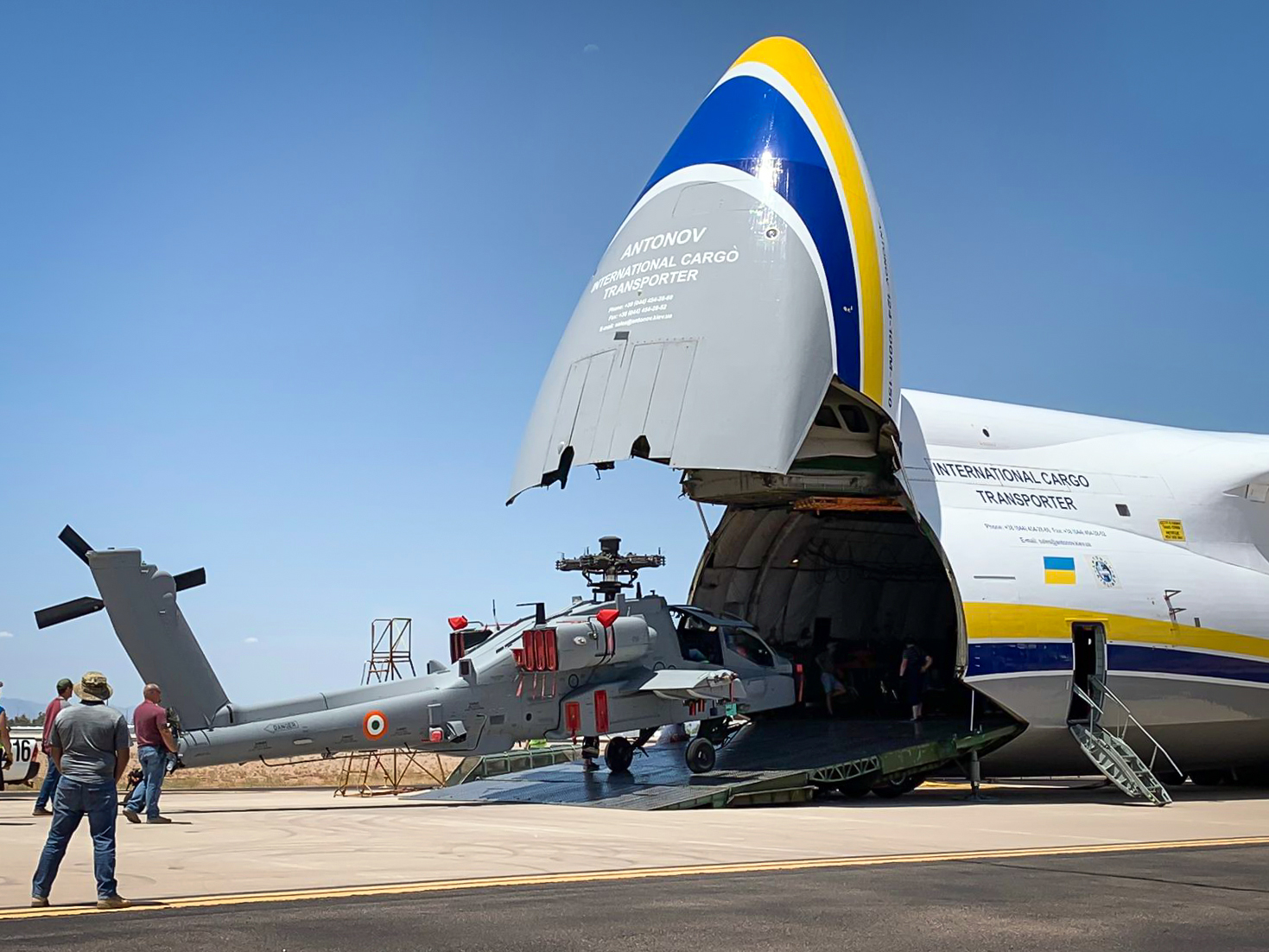 An Antonov Airlines AN-124-100, which has capacity to accommodate up to five helic Apache helicopters, transported the aircraft, which collectively have a total payload of 39 tonnes, including their dismantled rotor blades.

Jon Roland, program manager at Boeing, commented: “The Antonov Airlines team was responsive and willing to support deadlines while applying for the complex overflight permits required for military cargo.”

Amnon Ehrlich, commercial director, Antonov Airlines US, added: “We worked out how to best use the available space during loading to safely transport the cargo.

“We also took into consideration the high summer temperatures in Arizona while planning the move. The loading started in the early hours to avoid the high temperatures. Following a night-time departure, the mission was completed 24 hours later.”