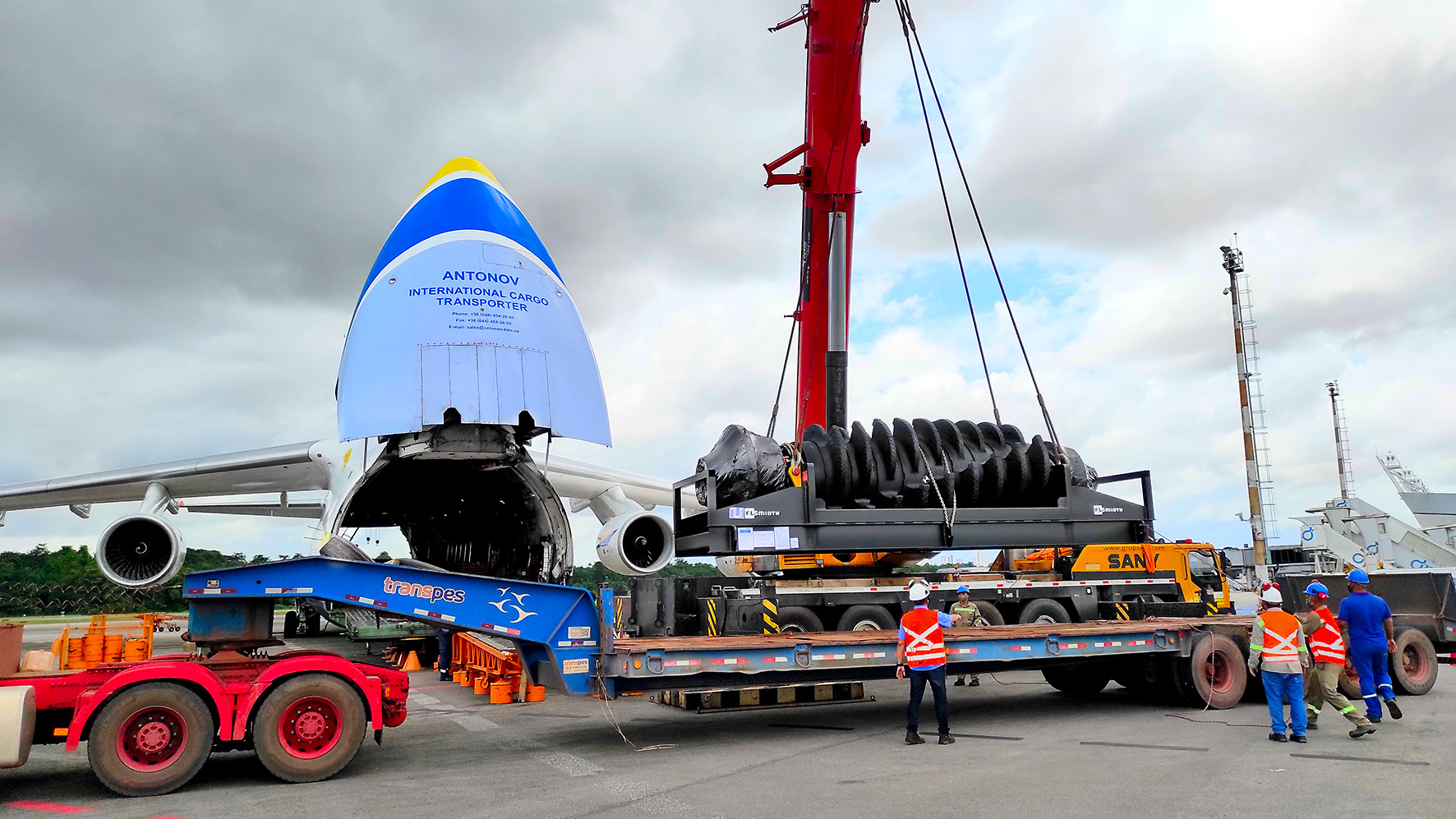 Antonov Airlines, in partnership with broker Chapman Freeborn, has flown 370 tonnes of new machinery parts on three AN-124 flights to a mine in Brazil from Australia.

Cargo included a giant drill shaft and a transport cradle, which was required for upgrading machinery at the final destination with minimal down-time affecting operations.

The flights made a number of technical stops because of the total weight of the cargo, as well as Covid-19 restrictions for crew rest at the airports on the route.

“The timeline was challenging – initially our flight plan was six days in total, however we needed to change this to nine days after assessing the load,” said Chapman Freeborn cargo broker Ana Bocchini.

“In the end it came together with some meticulous planning and by changing some legs of the journey to avoid delays and closed runways.”

Volodymyr Goncharov, commercial executive at Antonov Airlines, added: “This was a challenging project, which we had to complete to a tight deadline.

“Using three AN-124 aircraft to airlift these special project cargoes allowed us to perform the programme of round-the-world flights successfully.”