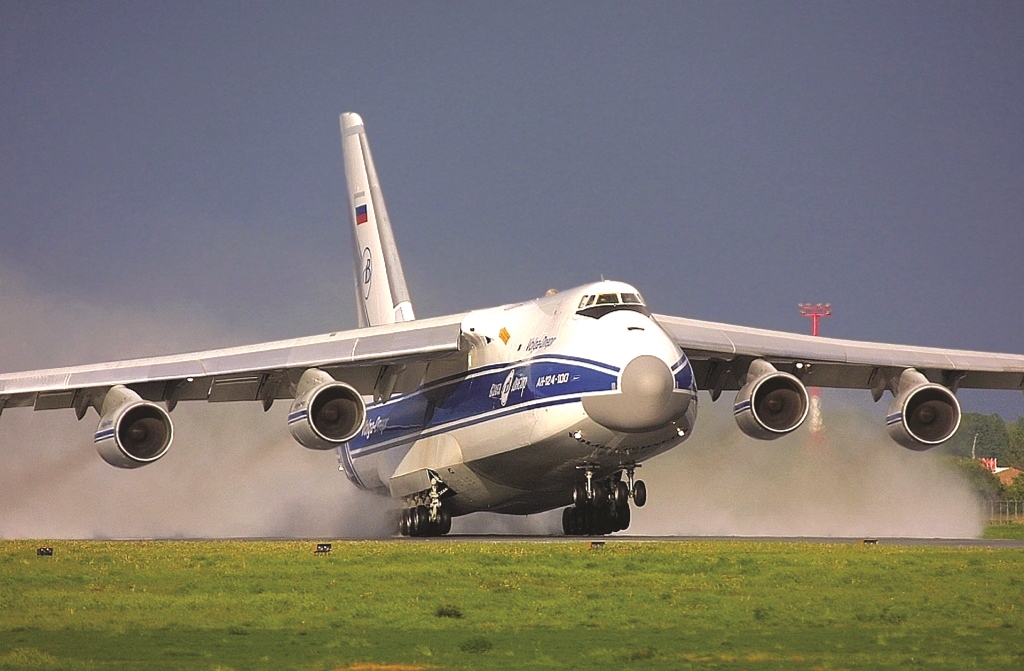 Antonov has moved to clarify that it has not yet asked for a ban on Volga-Dnepr flying An-124 aircraft and will only do so if the Russian airline moves support functions for the aircraft to another company.
In response to press reports that the Ukrainian company will attempt to gain a ban on Volga-Dnepr flying its 10 An-124 aircraft outside Russia, a spokesperson for the Ukrainian airline told Air Cargo News that this wasn’t the case for the time being.
However, if Volga-Dnepr were to transfer support functions for its Antonovs to another company in the future – reports suggest the Russian airline is looking to move the function to a Russian company − then Antonov would report the airline to the relevant aviation authorities, which could then stop the aircraft from flying if they judge that the airline is breaching regulations.
In an early August statement on its website, Antonov said: “Any attempt to pass functions of the organisation responsible for the type design to any other enterprise in case of existing the working company-designer is at gross variance with ICAO standards as well as with aviation rules and norms of the European Union, US, Ukraine and Russia.
“In case of withdrawal of the AN-124-100 Ruslan civil aircraft from supervision of Antonov, the company will be forced to address to the international aviation organisations with statement about discharge of its responsibility for safety operation of these airplanes on international air routes.
“Antonov is [the] only company that has [the] full set of design and conclusive documents on result of this aircraft certification.
“Antonov did not pass materials of the tests allowing fulfillment of obligations as for the aircraft airworthiness support to anyone.”
The clarification comes after the Ukrainian aviation company’s president Oleksandr Kotsiuba said it was in a stage of divorce from Volga-Dnepr, which includes ending its participation in Ruslan International – a joint venture UK-based company set up by the two aviation companies to market their An-124-100 aircraft.
Air Cargo News has contacted both Ruslan International and Volga-Dnepr for further information.
Meanwhile, Antonov has also moved to clarify it will continue the development of its An-132 turboprop cargo aircraft, which has some Russian-made vendor items.
Antonov said it could continue with construction of the aircraft this year and next year would complete the programme of replacement of Russian-made vendor items.
The aircraft, which can carry cargo of up to 9.2 tonnes, is being jointly developed by Antonov and Saudi Arabia’s Taqnia Aeronautics Company.
It can also provide areal delivery of cargo and paratroopers, medical evacuation, reconnaissance and surveillance.