Asia Cargo Monthly: Demand and load factors up in July 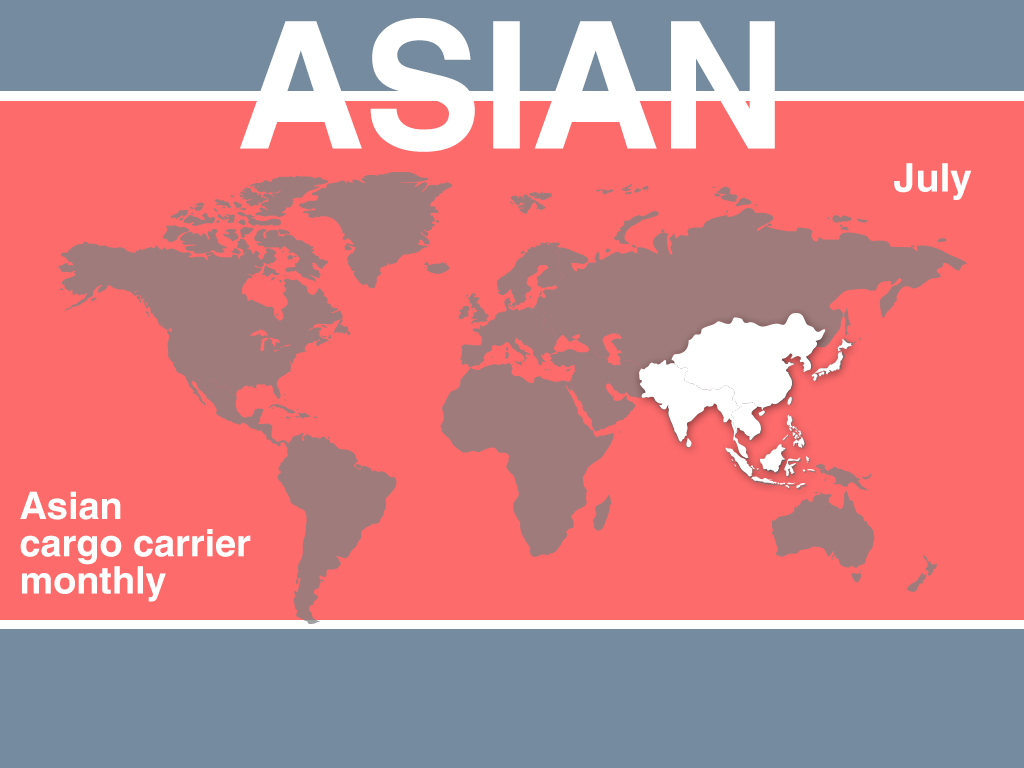 Asian airlines continued to register strong improvements in cargo demand during July, while load factors also continued to edge up.
Data from the region’s largest cargo carrier, Cathay Pacific, showed that its July cargo traffic increased by 11% year on year to reach 1bn cargo and mail revenue tonne kms.
This represents only the third time since Air Cargo News records began in 2011 that the airline has surpassed the 1bn mark in a month, the others being in March of this year and December 2016.
The improvement is also ahead of its year-to-date growth, which stands at 9.2%. Performance was helped by the addition of freighter capacity through a tie-up with Atlas Air Worldwide.
Cathay Pacific director commercial and cargo Ronald Lam said: “Our cargo business continued to show strong momentum, which has been driven by increased demand in our key markets.
“Our strategic partnership with Atlas Air Worldwide has allowed us to increase freighter capacity to capture some of this demand.
“Tonnage growth was well ahead of capacity growth in July, with both inbound and outbound sectors to and from Hong Kong performing well. Overall cargo yield continued its positive improvement trend.”
Click on chart for interactive version 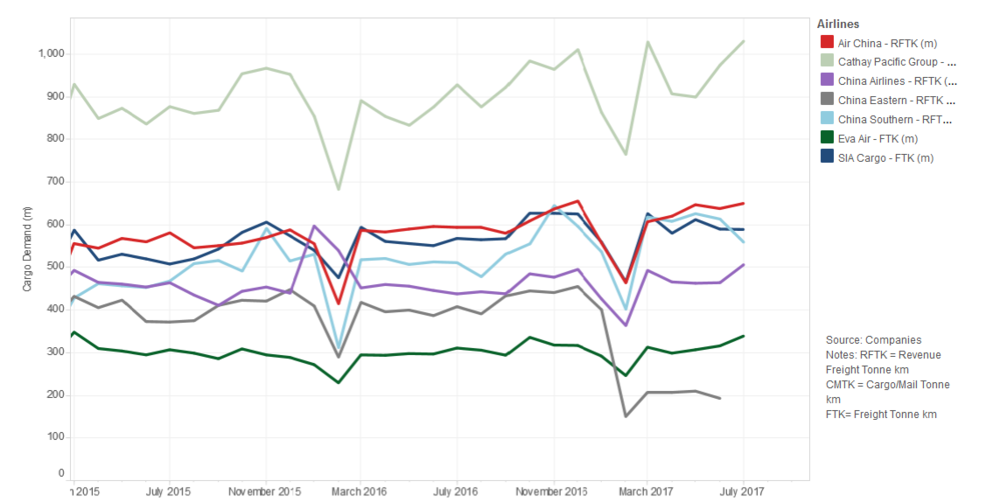 The airline also saw its load factor improve as demand outgrew supply. Cathay’s total cargo load factor for the month stood at 68.7% compared with 64.7% last year.
Air China, which is the next busiest airline, also recorded a positive improvement in demand in July as traffic improved by 9.4% to 650m revenue and freight tonne km.
The improvement was largely down to its international routes, while regional services also improved. Traffic on domestic services declined.
The improvement is ahead of its year-to-date performance, with traffic over the first seven months up by 6.7% on the same period in 2016. Its cargo load factor for the month increased to 61.6% from 57.3% last year.
Taiwan’s China Airlines continued its bounce from a demand decline last year, registering a 15.5% improvement in cargo traffic in July to 506m freight revenue tonne km.
This is well ahead of its year-to-date increase of 6.7%. July’s cargo load factor crept up to 72.9% from 72.3% last year.
China Southern saw traffic increase by 9.1% during July to 559m revenue tonne km, with tonnes carried up by 1.6%. This suggests that the increase comes from adding longer routes, which is reflected by a strong increase in international traffic, while regional was flat and domestic declined.
The increase was also behind the airline’s year-to-date improvement of 16.1%.
Elsewhere, cargo traffic at Eva Air improved by 9.3% and SIA Cargo improved by 3.8%.