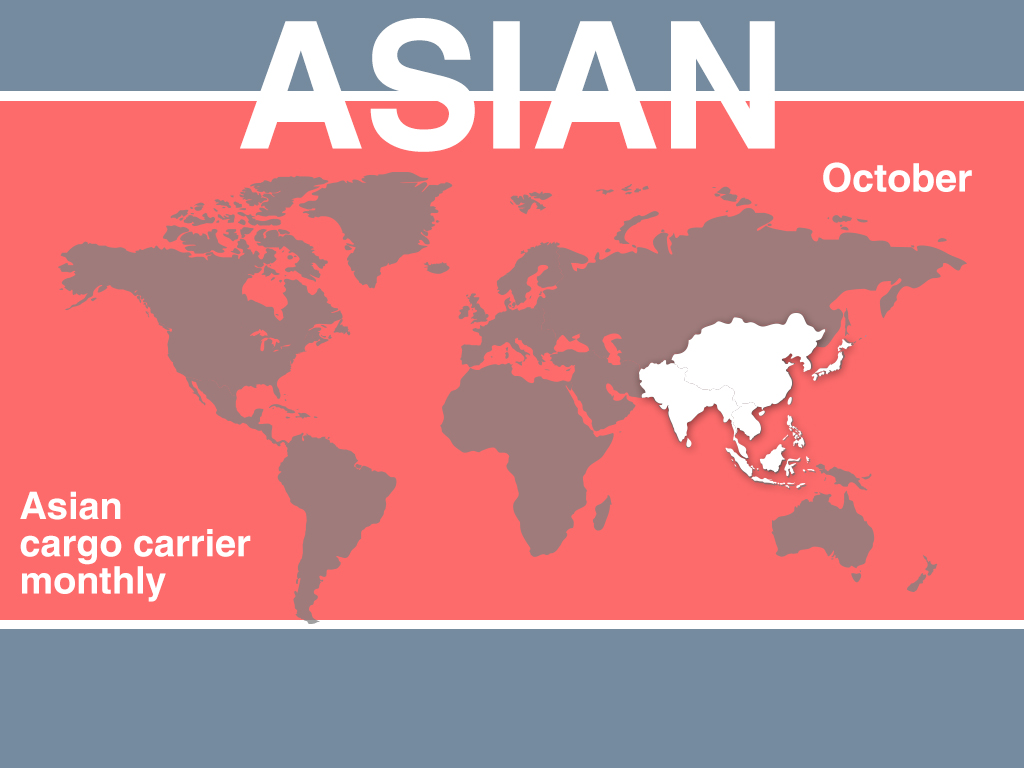 Airlines in the Asia region have seen cargo volumes reach their highest level of the year so far in October as the air cargo peak season kicks off.
Cathay Pacific recorded a 5.4% year-on-year increase in cargo traffic during the month to 1.1bn revenue tonne kms.
It was the busiest October on Air Cargo News’ records (beginning 2011) and the busiest month of the year so far for the Hong Kong carrier.
The increase comes as retailers looked to transport stock ahead of Black Friday, Cyber Monday and the Christmas holiday.
There has been some suggestion that shippers are also looking to move stock ahead of the US/China tariff increases set to be implemented on January 1.
The airline tends to see volumes ramp up over the last three months of the year, with December traditionally proving its busiest time of the year. Over the first ten months of the year, volumes are 6% ahead of the same period in 2017.
Cathay Pacific director commercial and cargo Ronald Lam said: “Overall cargo revenue performed very well during the month, with revenue growth well ahead of capacity growth. Demand was strong across the network, especially for new consumer products.
“A number of stations across Southeast Asia, Northeast Asia and the Indian sub-continent established new cargo revenue records.
“We expect this momentum to carry over into November, although we continue to closely monitor external factors that are having an impact on global trade flows.”
Click on chart for interactive version

The airline’s load factor for the month reached 70.4% compared with 69.3% last year – its strongest load factor for the month since at least 2011.
Air China also had its busiest October since our records began in 2011 and its busiest month of the year so far as it saw cargo traffic increase by 1.4% year on year to 704m revenue freight tonne kms.
Growth was led by its international flights, while regional and domestic traffic declined.
It wasn’t all good news for the airline though – its load factor was down to 55.7% compared with 58% last year due to capacity additions. Also, growth for the month lags behind the figure for the first 10 months of 6.4%.
China Southern reported a similar performance – cargo traffic for October was up by 6.7% at 633m revenue freighter tonne kms, which was its busiest October since at least 2011. Growth was driven by international traffic.
However, this increase lags behind growth for the first ten months for which the airline registered an increase of 7.6%.
China Airlines, meanwhile, recorded its busiest October on record with a 2.9% improvement to 528m freight revenue tonne kms. October was also the airline’s busiest month of the year so far.
However, the percentage increase does lag behind the improvement over the first 10 months of 3.6%.
China Eastern saw October traffic increase 1.9% year on year to 235m revenue freight tonne kms, there was a 0.6% increase at Eva Air and Singapore Airlines recorded a 0.3% decline.
Read more air cargo data news
Click here for a free digital subscription