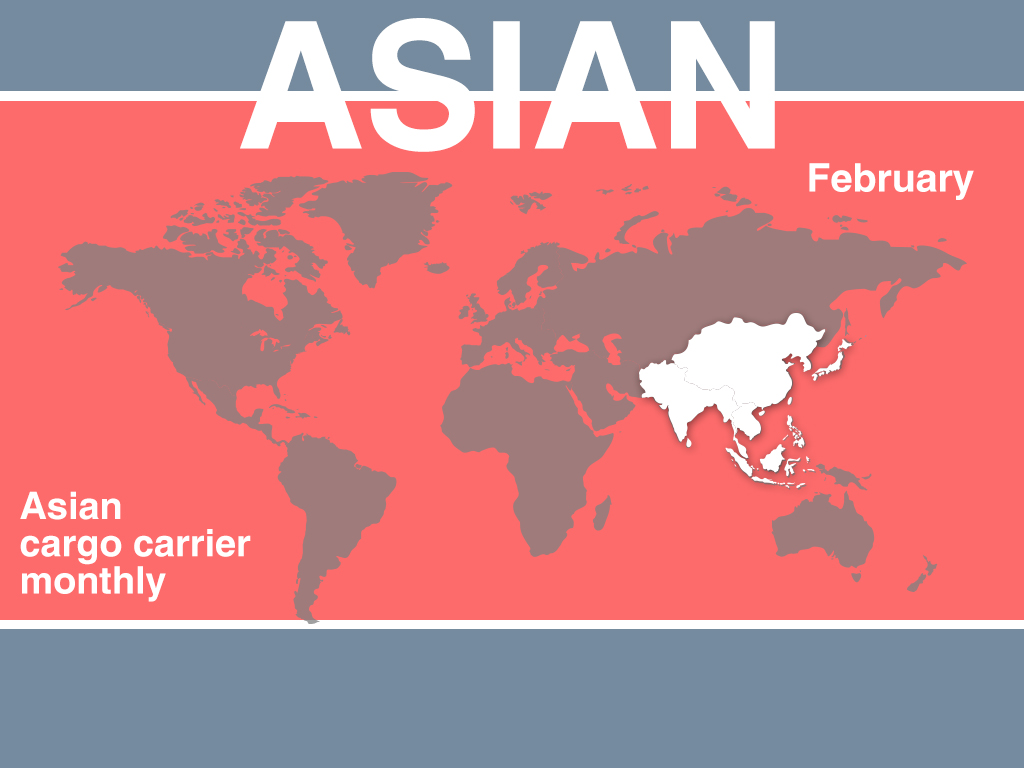 The latest monthly figures from some of Asia’s leading airlines show high single-digit and double-digit year-on-year demand improvements in February, usually the slowest month of the year.

The region’s busiest cargo carrier, Cathay Pacific, recorded a 12% improvement in demand during the month to 764m cargo and mail revenue tonne km, with tonnage up 17.4% on a year ago.

Meanwhile, capacity grew by the lower amount of 1.2% and therefore cargo load factors increased to 64.2% compared with 58% last year. 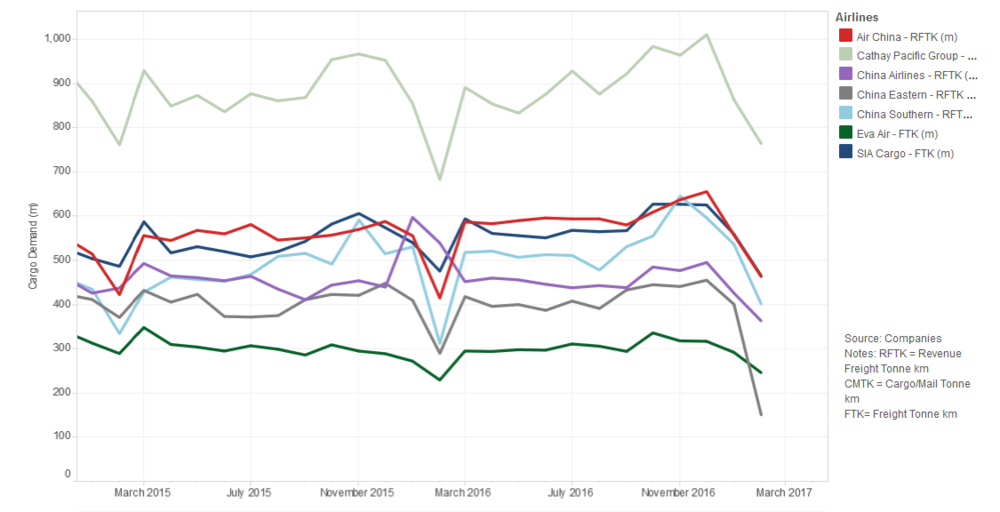 Demand comparisons during the first two months of the year are affected by the timing of the Chinese New Year.

When looking at both months together, the Hong Kong-headquartered carriers saw demand improve 5.9% year on year. There was also an extra day in February last year due to the leap year.

The carrier also started its metal neutral partnership with Lufthansa Cargo on February 1.

“However, trade in the region was quick to rebound from the middle of the month, which was soon followed by a pick-up in long-haul trade, leading to a full recovery by month-end.

“It was encouraging to see inbound loads from North America and Europe throughout – albeit on a reduced operating capacity.

“Taking into account the changes in the Chinese New Year holiday period this year, we managed solid tonnage growth; a reflection of the overall strengthening of the global air cargo demand.

“We predict March to be a busy month with more project shipments in the pipeline and the launch of a number of new consumer products.”

The fastest growing carrier during the month was China Southern, which registered a demand improvement of 28.9% to 401m revenue freight tonne km. This is the carrier’s largest year-on-year percentage growth since February 2015 when US west coast seaport strikes resulted in a boom in air cargo demand.

China Southern has regularly seen double-digit percentage improvements in volumes over the last few years. Over the first two months, demand at China Southern increased by 11.2%.

Capacity was up by 3.8% and as its cargo load factor for February reached 42.2% compared with 34% this time last year.

However, it was not all good news for Asian carriers; Singapore Airlines (SIA) Cargo and China Eastern registered declines, although this was caused by internal decisions.

China Eastern saw demand drop by 48.1% to 150m revenue and freight km as it sold its stake in freighter operator China Cargo Airlines.

Meanwhile, SIA Cargo said a reduction in freighter capacity was the reason behind a 5.9% reduction in cargo capacity in February. Demand during the month was down by 2.1% to 465m freight tonne km.

Delta Cargo has introduced a new pet travel carrier, CarePod, which offers real-time updates throughout the journey. After five years…