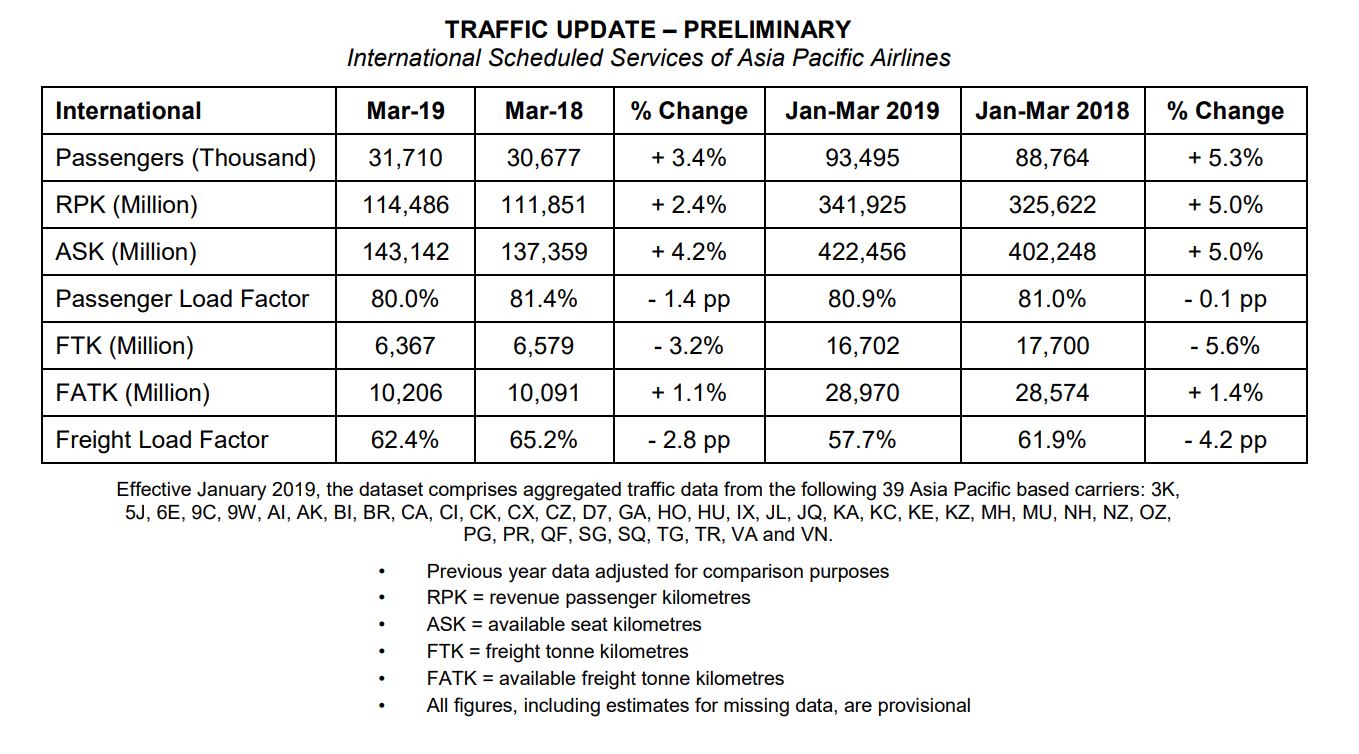 Preliminary traffic figures released by the Association of Asia Pacific Airlines (AAPA) for March show that air cargo markets contracted for the fifth consecutive month, against a backdrop of continued weakness in trade activity.

Offered freight capacity increased by 1.1%, resulting in a 2.8 percentage point decline in the average international freight load factor to 62.4% for the month.

Commenting on the results, AAPA director general Andrew Herdman said: “During the first quarter of the year, the number of international passengers carried by the region’s airlines grew by 5.3% to a combined total of 93 million. Intra-regional and inter-regional markets remained relatively robust, supported by continued growth in both business and leisure travel markets.”

“On the other hand, air cargo demand fell by 5.6% during the same period, reflecting cautious market sentiment linked to unresolved trade tensions, particularly between the US and China.”

Herdman continued: “Prospects for air travel markets remain positive, on expectations of continued moderate growth in the global economy. The ongoing shift towards air cargo for e-commerce shipments of consumer goods should provide some level of support to air cargo demand, although prevailing conditions remain weak.

“Having faced increasing headwinds to operating conditions, many of the region’s carriers saw a deterioration in earnings performance last year. Higher fuel and labour costs led to a squeeze in margins, despite continued growth in demand and some improvements to airline yields.