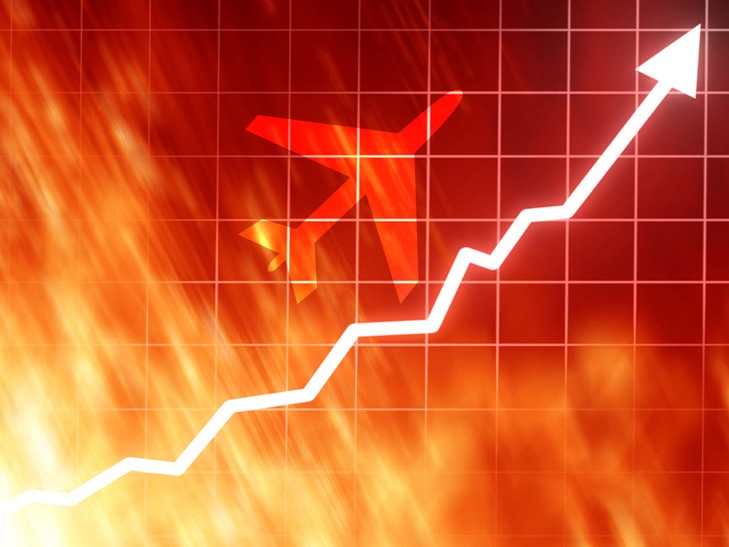 Airfreight rates on intercontinental services out of Asia continued to soar in October, with improvements on Asia-Europe and transpacific services.

The latest figures from Tac Index show that average prices on services from Asia to North America increased by 17.7% year on year in October to reach $4.05 per kg

This is also up on September when carriers were able to achieve $3.78 per kg and October 2015 when the average rate on the route stood at $3.37 per kg. 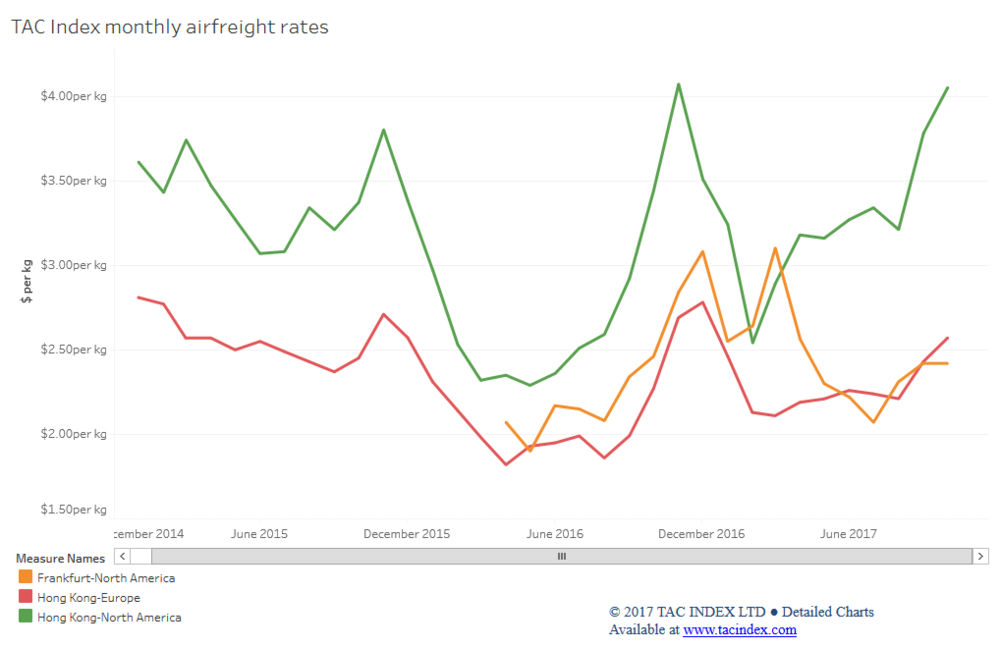 It was not just on services to North America where rates were on the up, with prices on flights going to Europe also improving on last year.

Prices also improved on September when they stood at an average of $2.43 per kg.

The price increases should not come as too much of a surprise as rates tend to peak in the last three months of the year.

However, the fact that prices on the routes are above the levels recorded last year and in 2015 reflect the strength of demand growth registered so far this year, which according to IATA stood at more than 10% over the first nine months.

Meanwhile, several carriers have announced rate increases based on the strength of the market.

Performance on Frankfurt-North America was not quite so strong as average prices stood at $2.42 per kg – the same as September and down 1.6% on last year – despite improvements at this time last year.