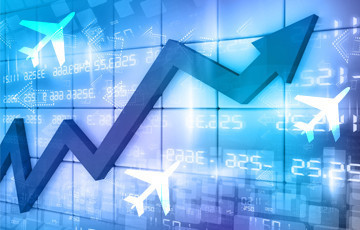 Asian airlines saw their load factor levels decline in April as capacity additions outstripped demand growth.
The Association of Asia Pacific Airlines (AAPA) said that the air cargo markets continued to grow in April despite the month being “seasonally subdued”.
In total, in freight tonne kilometre terms, demand at Asian airlines increased by 3.7% in April against last year to 5.38bn FTK.
While airlines will welcome the continued growth, the percentage increase for April is actually behind the average recorded so far in 2015, with year-on-year growth for the first four months standing at 8.5%.
Load factors also took a tumble during the month, declining by 4.8 percentage points on March to 63.5%.
They are also down on last year’s level, when load factors of 64.3% were recorded.
The reason for the decline in load factor was a 4.7% year-on-year increase in offered freight capacity during the month to 8.48bn available freight tonne kilometres.
That said, the average monthly load factor for the year so far, which stands at 64.7%, continues to track ahead of last year when an average of 63.5% was recorded.
Looking ahead, the AAPA was uncertain about how demand would develop.
AAPA director general Andrew Herdman said: “The outlook for airfreight demand in the coming months is more uncertain, given this is a seasonally weaker period, and will depend on the pace of recovery in world trade being maintained.” 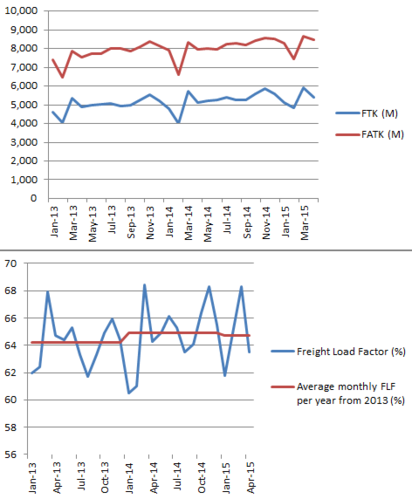