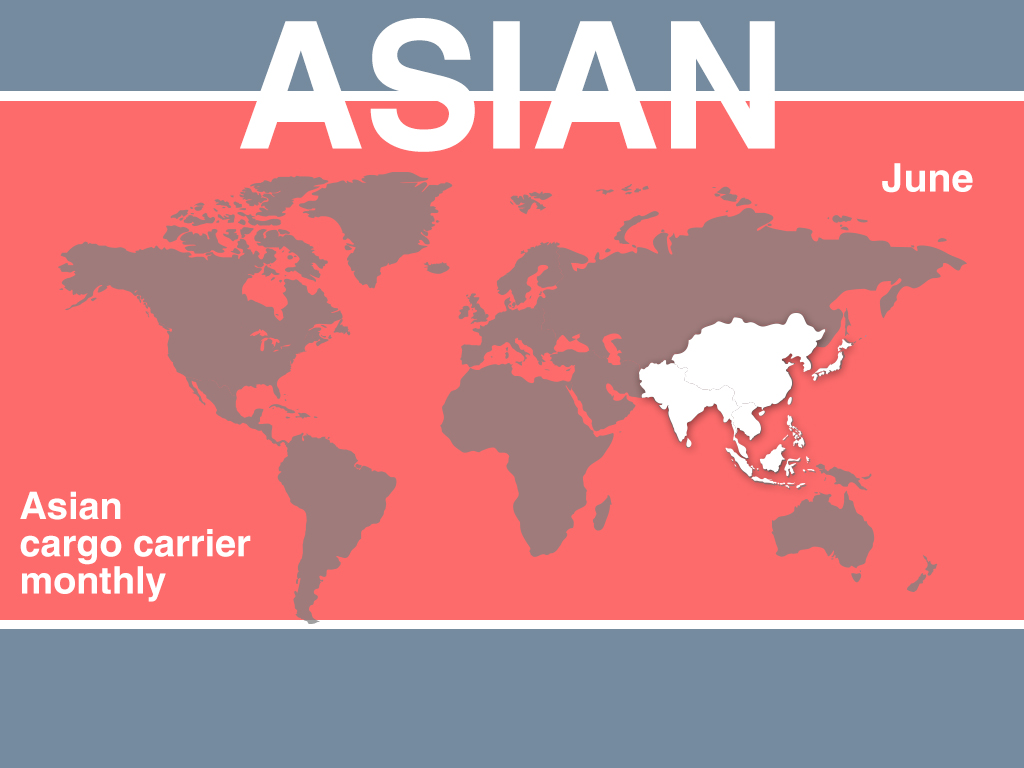 Asian airlines reported improving airfreight demand in June with Cathay Pacific citing a half-year rush and a surge in exports from the Americas.
The largest cargo carrier in the region, Cathay Pacific, saw cargo demand increase by 4.8% year-on-year in June to 876m cargo and mail tonne km (CMT).
This is the airline’s busiest June since Air Cargo News records began in 2011 but represents only its second year-on-year increase in 2016.
While demand at the airline was up, capacity was reduced by 0.3% against last year and as a result its load factor increased to 64.3% compared with 62.7% in June 2015.
Cathay Pacific general manager cargo sales and marketing Mark Sutch said: “Helped by the half-year end rush, the overall tonnage for June was healthy, thanks to growing feed from Asia.
“The Americas saw a surge in the export of seasonal produce into Asia, particularly from the West Coast.
“Our new Madrid service was well-received by the cargo community and we filled the west-bound leg with consumer goods and carried fresh produce on the return leg.
“However, overall yield remains challenging, as market supply continues to outstrip demand. We will continue to diversify and develop special products, some of which have shown encouraging results.”
For the half year the news was not as good as the airline recorded a 2.3% decline in demand to 4.9bn CMT. 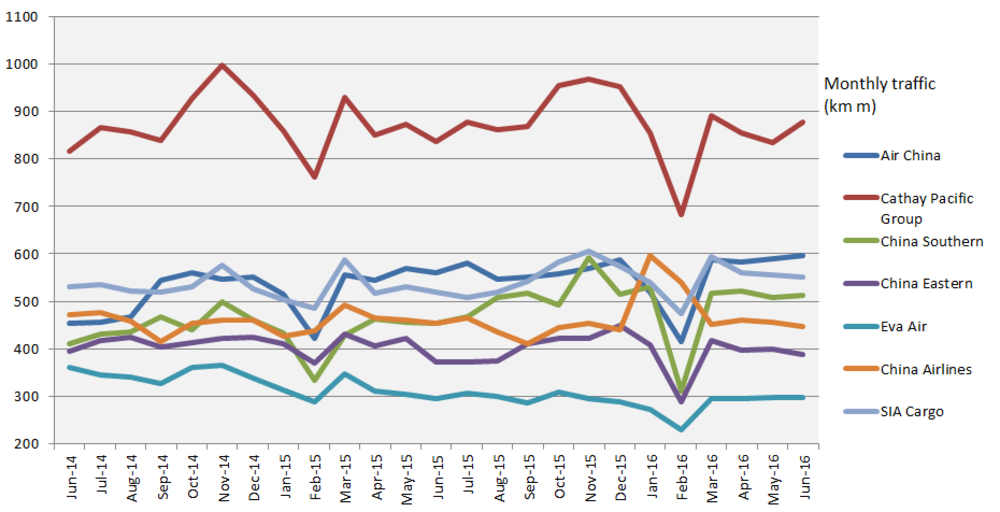 The region’s second busiest carrier Air China also recorded an increase in June as demand was 6.3% ahead of last year at 596m revenue freight tonne km.
Air China has been seeing demand increase quickly over the last couple of years, reporting double-digit increases in both 2014 and 2015 as it expands its fleet. At the half-year mark, demand was up 3.9% on a year earlier.
Meanwhile, the airline’s capacity in June was up 3% on June last year and as a result its load factor increased to 61.1% from 59.2% in 2015.
There was also a demand increase in June recorded at Singapore Airlines Cargo (SIA), which registered a 5.9% jump to 551m freight tonne km (FTK). Its load factor for the month also improved, reaching 61.1% compared with 60.3%.
For the half year, demand at SIA was up 4.2% on a year earlier to 3.3bn FTK.
The largest percentage increase in demand for June came unsurprisingly from China Southern, which has been growing at double digit levels for most of the year.
The airline recorded a 13.4% year-on-year increase to 513m revenue freight tonne km (RFTK). For the half year demand was up 12.9% to 2.9bn RFTK.
Perhaps the most surprising result came from Eva Air Cargo, which registered a 0.7% improvement in demand during June to 297m FTK.
It is the first time the airline has managed to record a demand increase since February 2015.
Its half-year result was not quite so good as it recorded a demand decrease of 9.3% year on year to 1.7bn FTK.

Another airline that reversed its fortunes in June was China Eastern, which saw demand increase by 3.8% year on year to 387m RFTK, representing its first increase of the year.
For the half year, demand at the airline was down 4.8% on last year to 2.3bn RFTK.
The only Asian airline monitored by this report not to record a demand increase in June was China Airlines, which saw traffic fall by 1.8% on a year earlier to 446m FRTK.
This is the airline’s thirteenth year-on-year decrease in a row and for the half year demand is down 7.1% to 2.5bn FRTK. 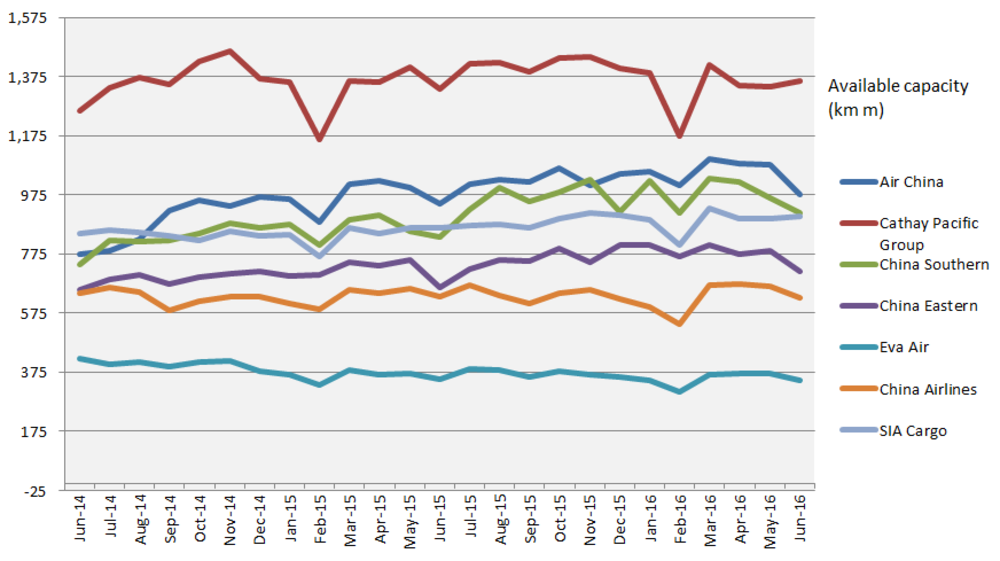