Asian cargo monthly: Demand improves across the board 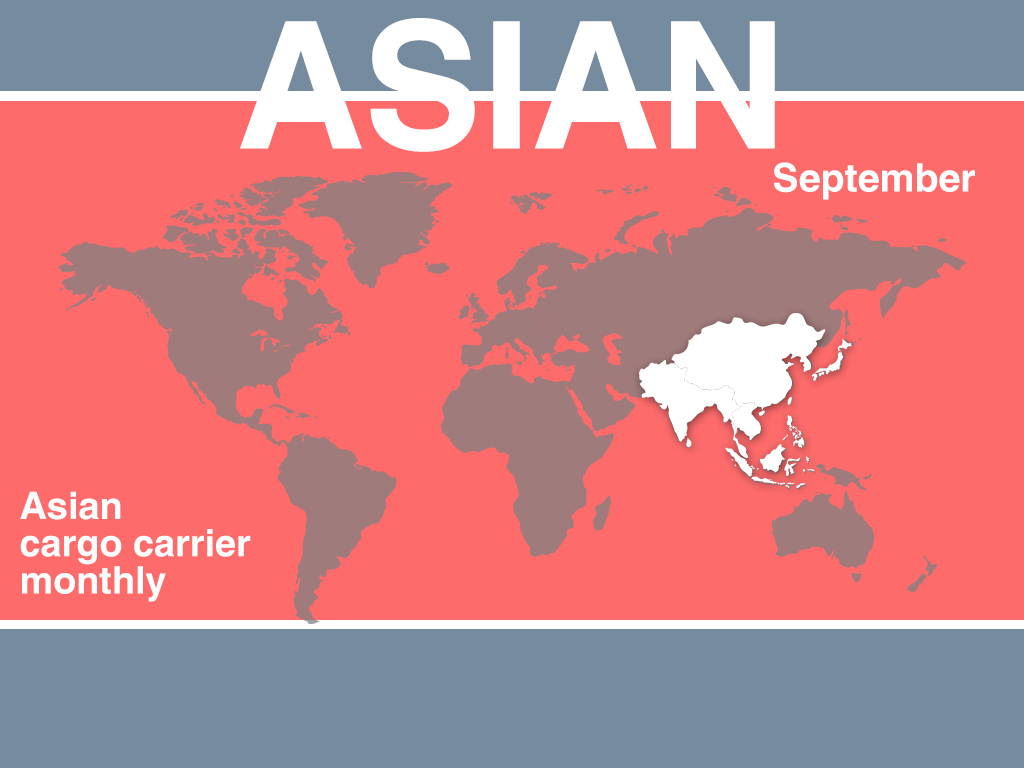 It was a clean sweep for airlines in Asia as all seven companies monitored by Air Cargo News’ monthly performance round-up saw demand improve during the month.
The data supplied by airlines reflects the numbers in Europe and the Americas, where the majority of carriers also revealed an uptick in demand during the month.
Asia’s largest cargo carrier, the Cathay Pacific Group, saw demand increase by 6.3% year on year in September to 922m cargo and mail revenue tonne km. 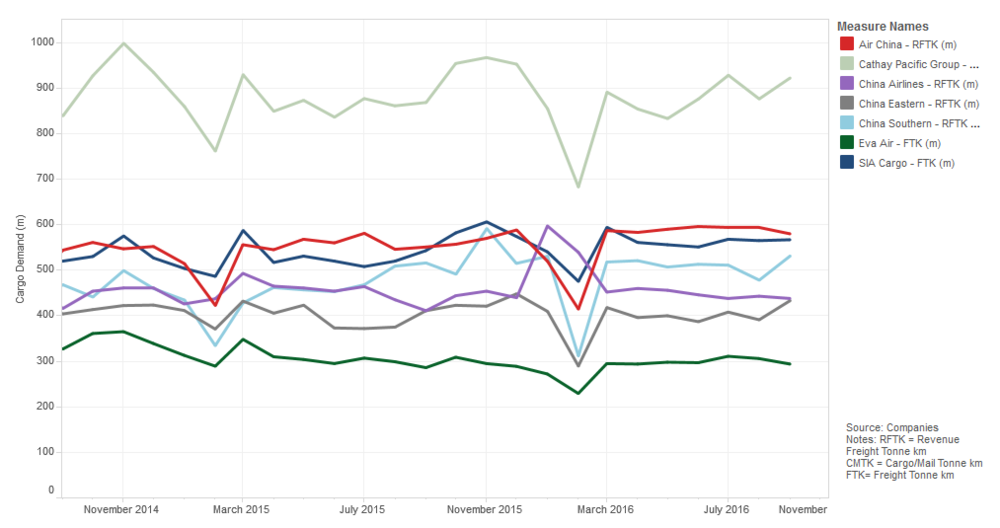 Click on image to view interactive dashboard
Cathay Pacific general manager cargo sales & marketing Mark Sutch said: “Overall cargo demand in September was fairly strong and tonnage continued to grow.
“Exports from Europe, Asia and Mainland China all saw good growth, while demand for freight on our North America routes was robust.
“The last week of the month, prior to the long national holiday in Mainland China, saw us break the company’s weekly uplift tonnage record.
“Although yield is down from the same period in 2015, we plan to maximise our freighter schedule over the last quarter as we expect demand to strengthen during the traditional peak season.”
This is the airline’s biggest year-on-year improvement of the year so far and the fourth in a row. 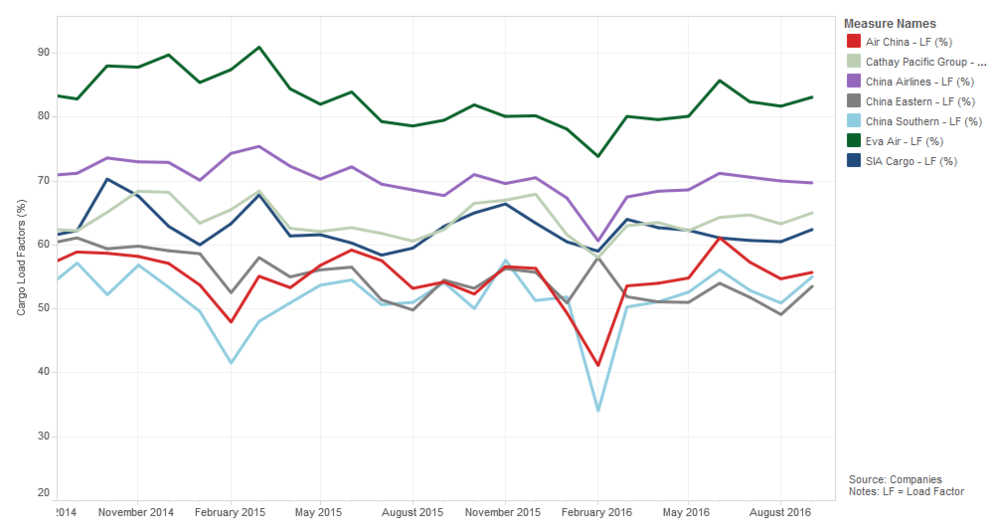 Click on image to view interactive dashboard
The biggest improvement came at China Airlines which registered growth of 6.6% to 438m freight revenue tonne km.
This represents the airline’s second demand increase in a row after 14 months of declines.
Other notable improvements came from Eva Air, which was up 2.8% year on year to 294m freight tonne km. While this might not seem like a huge increase, it represents the fourth year-on-year improvement in a row after 15 months of declines.
China Southern also returned to growth during the month with an increase of 2.6% on a year earlier to 531m revenue tonne km. In August the airline reported a surprising decline in demand after double-digit percentage improvements in annual traffic in 2014 and 2015.
The low single-digit improvement still lags behind the double digit improvements reported for most of the year but is in line with a slow down in capacity additions since August.
Click on image to view interactive dashboard 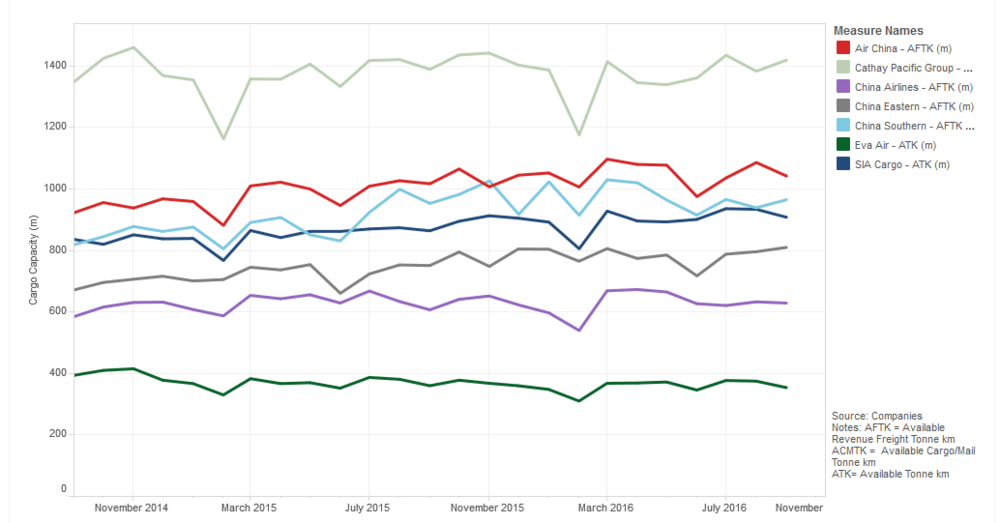