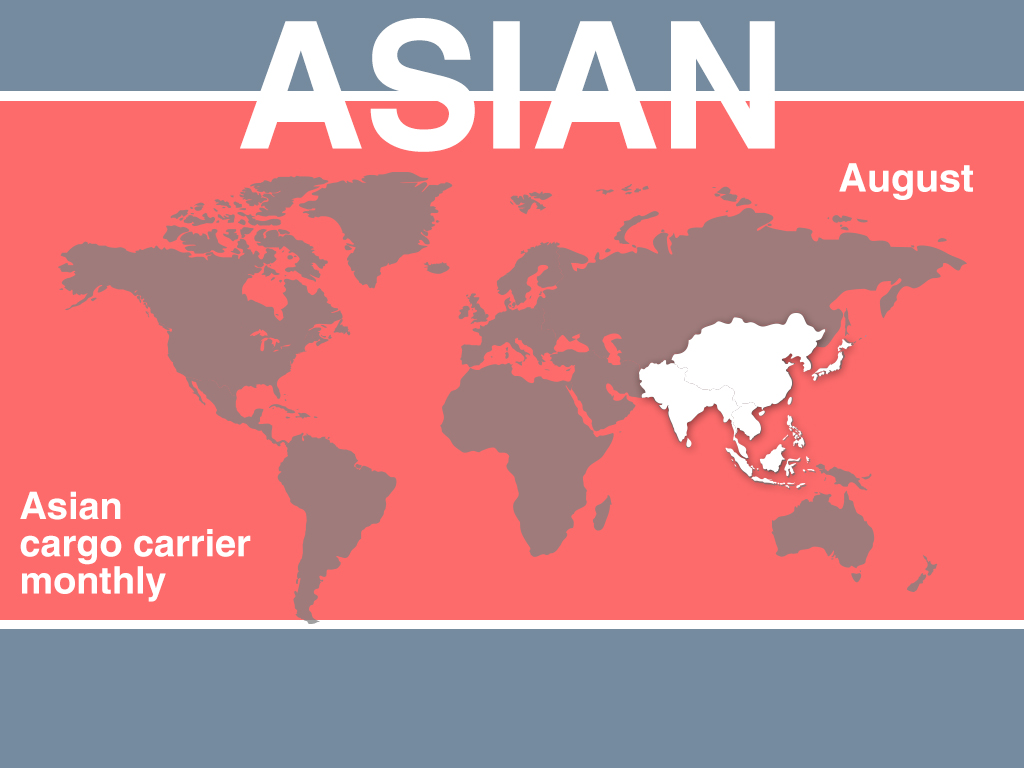 Air cargo demand at Asian airlines continued to improve in August, with international and regional routes boosting performance.
The latest figures from the region’s largest cargo carrier, Cathay Pacific, show that its cargo traffic increased by 11.3% in August to reach 974m cargo and mail revenue tonne kms.
Traffic growth for the month is in line with a 12% increase in tonnage carried and ahead of year-to-date performance of 9.4%.
Cathay Pacific director commercial and cargo Ronald Lam said: “Our cargo business continued its good momentum. Demand out of our key markets remained strong; tonnage growth was well ahead of capacity growth, with both inbound and outbound sectors sustaining high levels.
“Overall, our cargo yield sustained an improving trend. Looking ahead, we plan to operate our maximum freighter schedule in order to match the forecast surge in demand from various new product launches.”
The airline group’s cargo load factor for the month also improved, reaching 65.5% compared with 63.3% last year, as its capacity was up by less than traffic at 7.5%.
Click on chart for interactive version 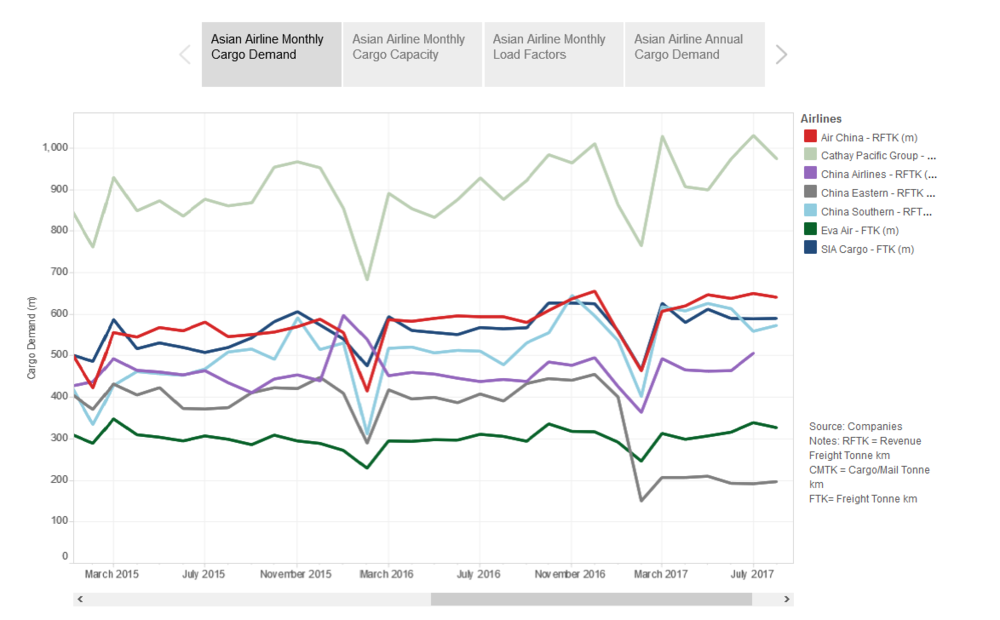 Elsewhere, indicators suggest that international and regional demand improved at a higher rate than domestic.
Air China figures in August show an overall increase in demand of 7.8% year on year to 641m revenue freight tonne kms.
Domestic traffic during the month was up 0.7%, international increased 10.1% and regional improved 22.1%. Cargo tonnage was up by a lower amount than traffic at 4.6%, reflecting the fact cargo is being carried longer distances.
Cargo traffic for the first eight months is up by 6.9% compared with the same period last year.
Similar figures were reported at China Southern where revenue tonne kms increased by 19.9% year on year, ahead of year-to-date growth of 16.5%, with international traffic leading the way.
The airline’s traffic on regional services was up by 12.9% year on year in August, international was up 30.2% and domestic increased by the lower amount of 3.6%.
Elsewhere, SIA cargo saw demand increase 4.5% to 590m freight tonne kms – in line with performance over the first eight months − and its load factor reached 63.4%.
Eva Air registered a 6.9% increase in traffic to 327m freight tonne km in August, while year-to-date growth stands at 6%.
View more air cargo data