Asian cargo monthly: May was a merry month for cargo carriers 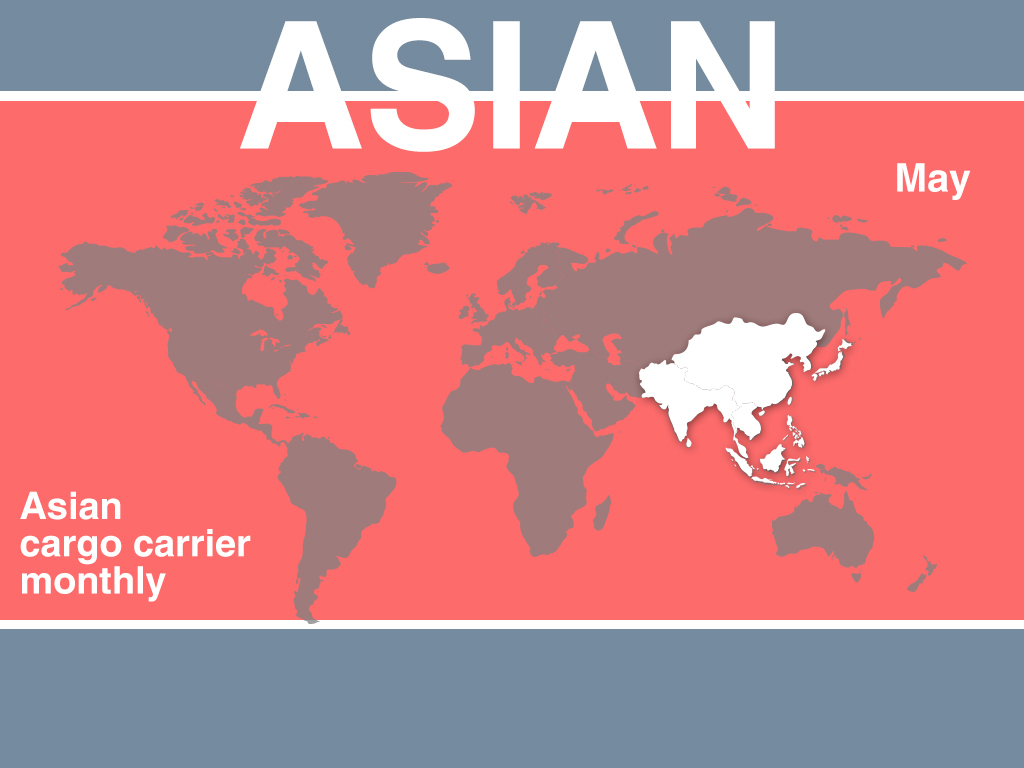 Asian airlines registered a “strong” cargo performance in May as carriers saw traffic recorded during the month reach levels not seen since 2011.
The largest of the Asian cargo carriers, Cathay Pacific, saw demand for May improve by 8% year on year to reach 899m cargo and mail revenue tonne kms.
Click on chart for interactive version 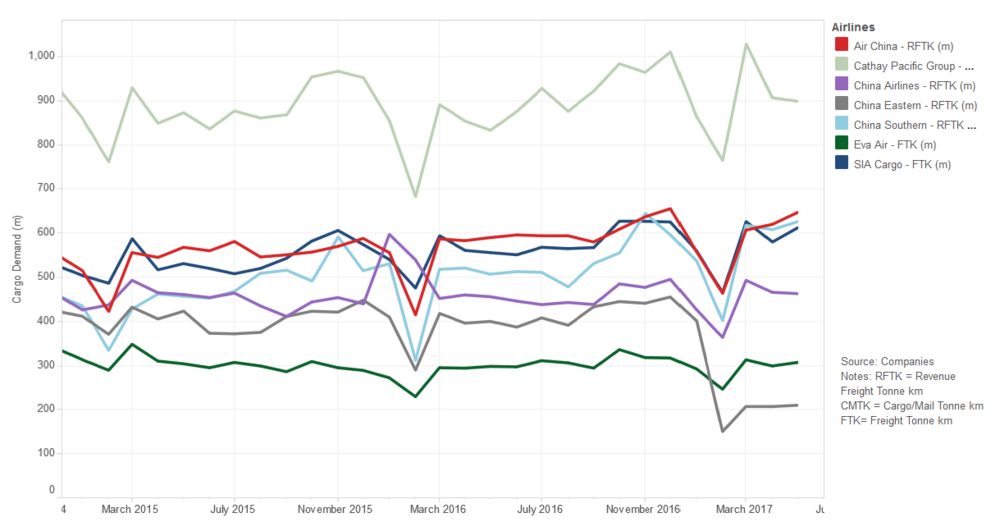 This is the carrier’s best May since Air Cargo News records began in 2011 and its sixth year-on-year demand increase in a row.
Cathay Pacific general manager cargo Sales & Marketing Mark Sutch said: “Our cargo business continued to show strong year-on-year growth in May.
“While the market slowed down during the local Labour Day and Japan’s ‘Golden Week’ holidays, it promptly rebounded on all routes, especially those serving northeast and southeast Asia.
“Yield and demand continued to improve, which reflects the overall strength of the air freight industry.
“To take advantage of market conditions, we have bolstered our freighter fleet by wet-leasing two Boeing 747-8 freighters from Atlas Air Worldwide, which will supplement capacity on our existing network, including destinations in the US and Europe.”
The growth also helped improve Cathay Pacific’s cargo load factor for May, which reached 58.8% compared with 54.8% in the same month last year.
It was a similarly successful month for Air China, which registered its busiest ever May with a 9.7% year-on-year improvement in traffic to 647m revenue freight tonne kms.
The fast-growing airline has now registered demand improvements compared with a year earlier for 15 months in a row. Its load factor reached 58.8% compared with 54.8% last year.
The third largest of the Asian cargo airlines, China Southern, also saw demand improve as it registered growth of 23.4% compared with May last year to reach 626m revenue tonne km – its best ever figure for the month.
Cargo load factors at the airline are at 56% compared with 52.6% during the same month in 2016.
While traffic was up by double-digit levels, cargo tons increased by a lower amount, suggesting the improvements are in part fuelled by the addition of longer routes.
The only airline to register a decline during the month was China Eastern, which saw a traffic decline of 47.5% year on year to 210m revenue freight tonne km as it sold its stake in freighter operator China Cargo Airlines.
When the effects of the sale are stripped out of the comparison, China Eastern actually registered a traffic increase of 15.9%.
Elsewhere, SIA Cargo saw traffic improve by 10.1% year on year, there was a 3% improvement at Eva Air and China Airlines was up 1.5%.
The demand improvements registered by Asian airlines mirrors growth at both US and European carriers.