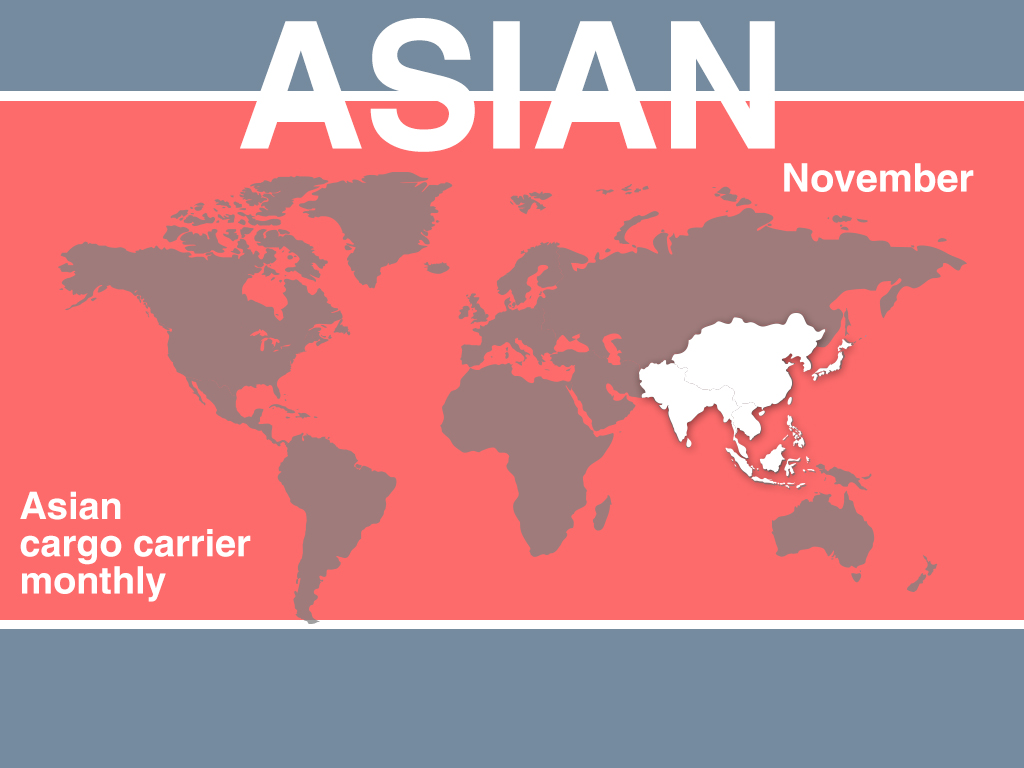 There was a mixed performance in cargo demand at Asian carriers in November, following on from a slower pace of growth in October.
The region’s largest cargo carrier, Cathay Pacific, saw cargo demand during the month increase by 11.2% year on year to 1.1bn cargo and mail revenue tonne kms – its busiest month of the year so far.
This is ahead of October’s growth of 4.2% on a year earlier and is also up on its year-to-date improvement of 8.9%. The return to a higher growth rate comes as IATA had warned the industry may have passed its growth peak.
The month is also the airline’s busiest November since 2011 (when Air Cargo News records began).
Capacity for the month was up by the lower amount of 5.9% on last year and as a result the cargo load factor hit 71.6% compared with 68.1% last year.
Click on chart below for interactive version 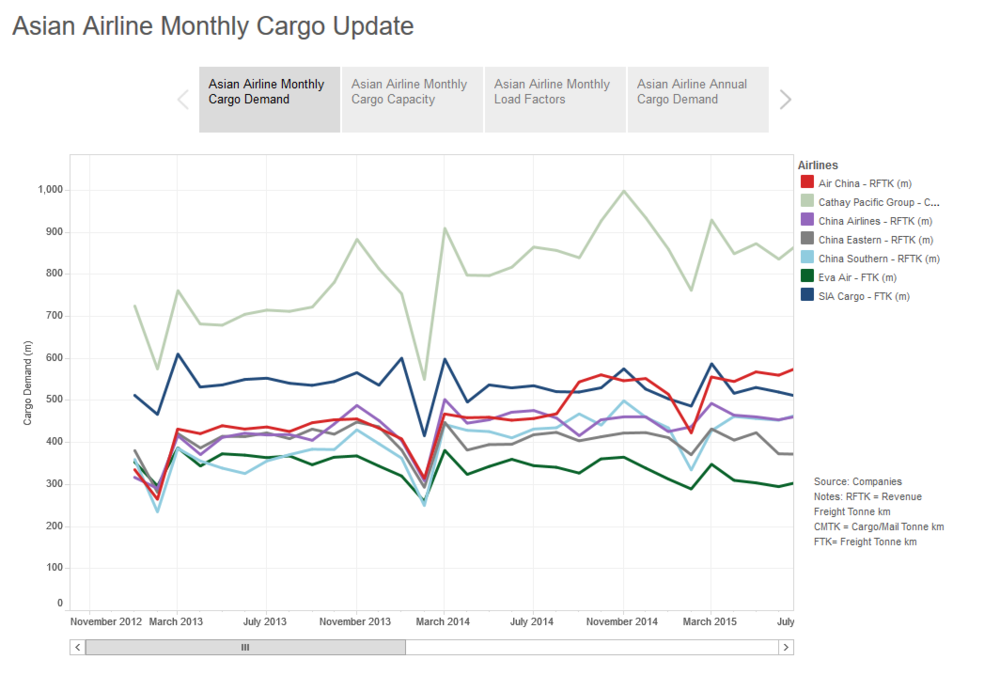 Cathay Pacific director commercial and cargo Ronald Lam said: “Our high year-on-year tonnage growth reflects the overall strength in the world’s air cargo markets.
“E-commerce related movements were boosted by events such as Chinese Singles’ Day, which helped to even out the traditional dip in demand following the Thanksgiving holiday, and we saw high load factors and improving yields.
“We broke our weekly tonnage uplift record in the week starting November 26, while a number of key markets across our network also established new revenue records during the month. The outlook remains positive and is expected to carry through until Christmas.”
Elsewhere, Air China saw cargo traffic for November increase by 8% to 688m revenue freight tonne kms. This is behind its year-to-date growth of 8.4% and its October increase of 14.1%.
Domestic traffic declined year on year during the month while international and regional traffic improved at double-digit levels.
China Airlines registered an 8.8% improvement to 519m freight and revenue tonne kms, ahead of year-to-date growth of 8% and October’s 5.8% improvement.
China Southern registered a 2.3% improvement in traffic for November to 662m revenue tonne kms, but this lagged behind year-to-date growth of 13.9%.
For Eva Air there was a 0.9% decline in traffic to 315m freight tonne kms against an improvement of 3.9% for the year.
SIA Cargo had its busiest month of the year in November, with a 7.1% improvement to 671m revenue tonne kms.