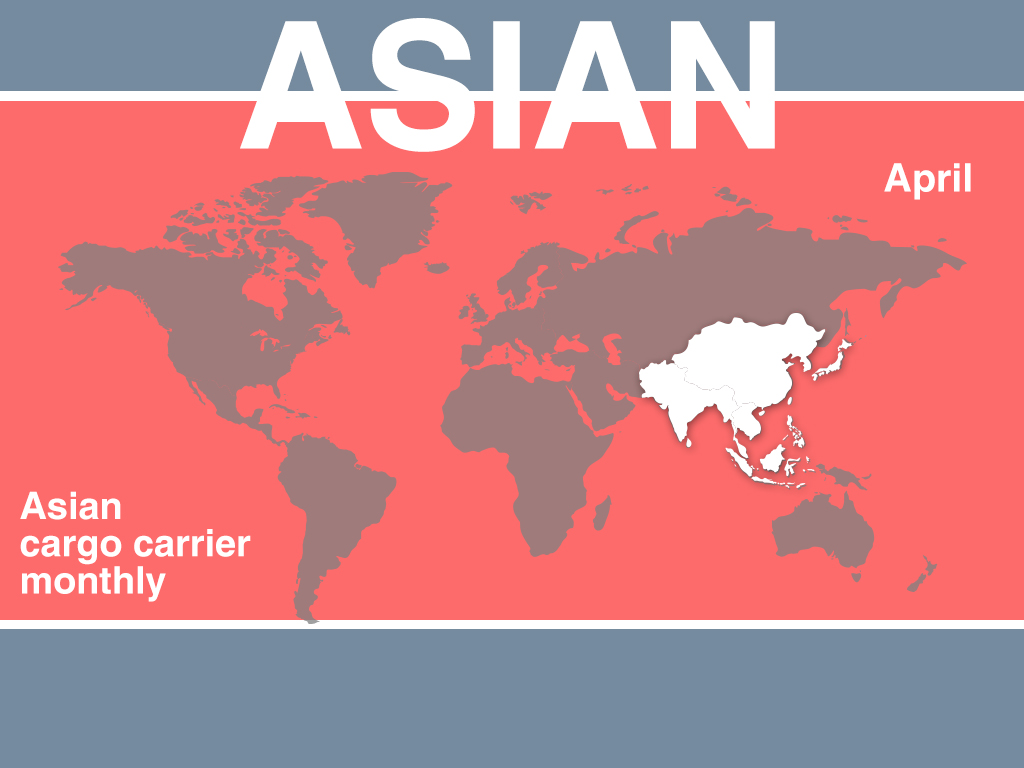 Asian air cargo carriers benefitted from better than expected demand in April but yields remained under pressure.
The latest figures from Asian air cargo carriers show that the majority monitored in Air Cargo News’ monthly summary recorded an improvement compared with the rest of the year.
This is partly down to the fact that in the first quarter of the year comparisons with 2015 are negatively affected by a demand rush last year due to industrial action at US west coast seaports.
Meanwhile, analyst WorldACD pointed out that there was an extra weekend – Fridays and Saturdays tend to be busier days for cargo demand – in April, while the “Easter effect” did not materialise. 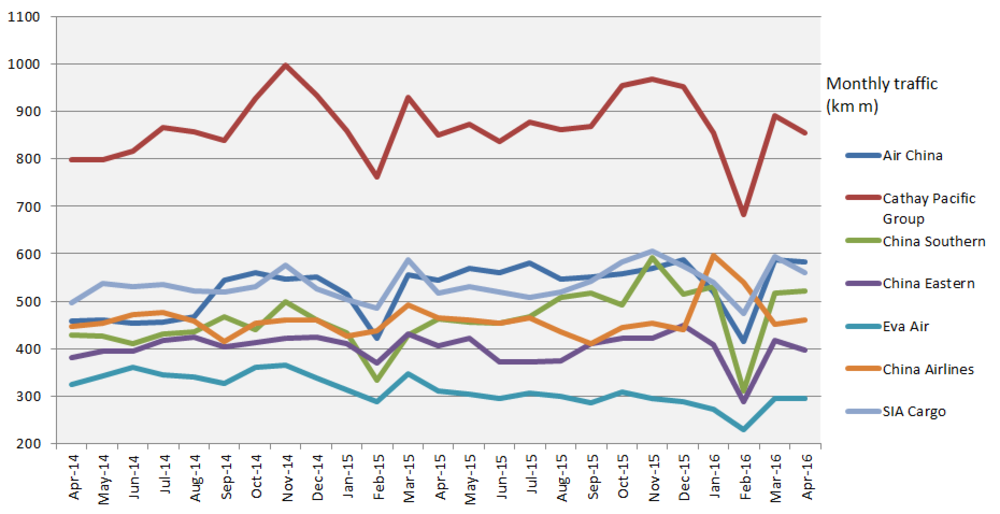 The largest Asian carrier, Cathay Pacific, saw demand increase by 0.6% year on year to 854m cargo and mail revenue tonne km – the carrier’s first increase of the year.
Meanwhile, capacity was down by 0.8% and as a result its load factor improved to 63.5% compared with 62.6% a year earlier.
Cathay Pacific general manager cargo sales & marketing Mark Sutch said: “April saw a better-than-expected performance for our cargo business, at least in terms of tonnage.
“We managed capacity astutely and were able to capture shipments out of key markets, including Mainland China and India, which led to a small improvement in load factor.
“India remains a focus for our cargo business at the moment and we operated a number of additional services to and from the country in April in response to strong demand.
“The big issue at the moment is yield, which remains under intense pressure due to the overall softness of the markets and the big increase in competitor capacity.”
As is to be expected, the carrier to record the largest year-on-year demand increase was China Southern, which saw volumes up by 12.7% on a year earlier to 521m revenue freight tonne km.
The carrier has been recording above market growth in every month of the year so far and last year managed to improve demand by double-digit levels.
The improvements come as the carrier has been growing capacity. This month space was up by 12.5% while load factor improved to 51.1% from 50.9% in April 2015.
The next faster grower was Singapore Airlines Cargo, which registered an 8.5% year-on-year demand improvement to 561m freight tonne km. The carrier has registered improvements in three of four months so far this year, but April was the largest jump.
Meanwhile, capacity was up by the lower amount of 6.3% resulting in its load factor improving to 62.7% compared with 61.4% last year.
Air China also registered a cargo demand increase in April with traffic growing by 6.9% year on year to 583m revenue freight tonne km.
The airline has registered increases in three of four months of 2016, with the only decrease coming in February. However, this increase is the largest so far and load factors improved to 54% compared with 53.3% last year.
Of the carriers that saw demand weaken on a year earlier, Eva Air registered the largest slip of 5.2% to 294m freight tonne km. However, this was the lowest year on year percentage decline it has registered since April last year.
While volumes were down, the carrier can afford to lose some demand because of its strong load factors, which slipped to 79.6% compared with 84.4% a year earlier.
The other carriers to record demand declines during the month were China Airlines, which registered a 1.1% slide and load factors slipped to 68.4% compared with 72.3% a year ago and China Eastern, which saw demand down 2.4% and load factors fell to 51.1% from 55.2% a year earlier. 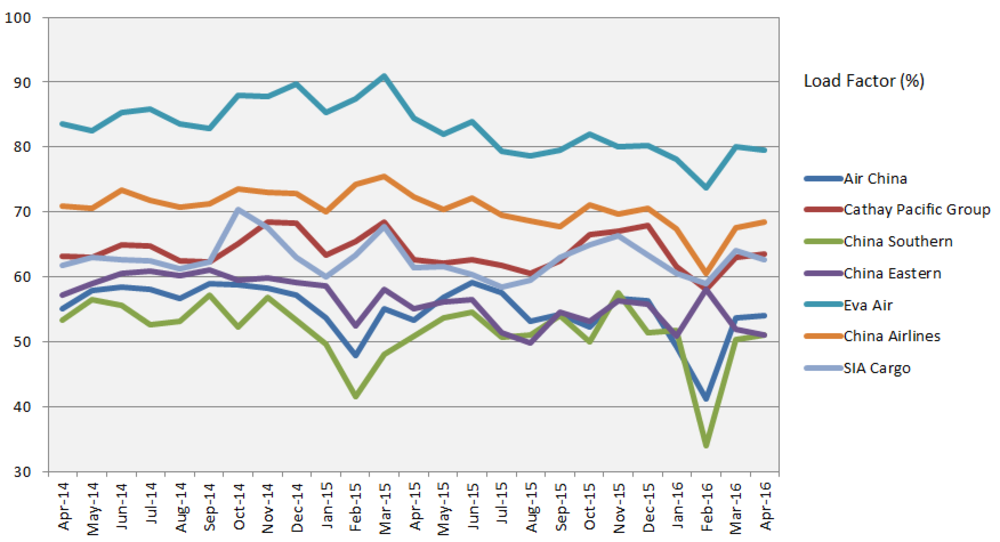