ASL sees revenues soar on the back on long-haul cargo 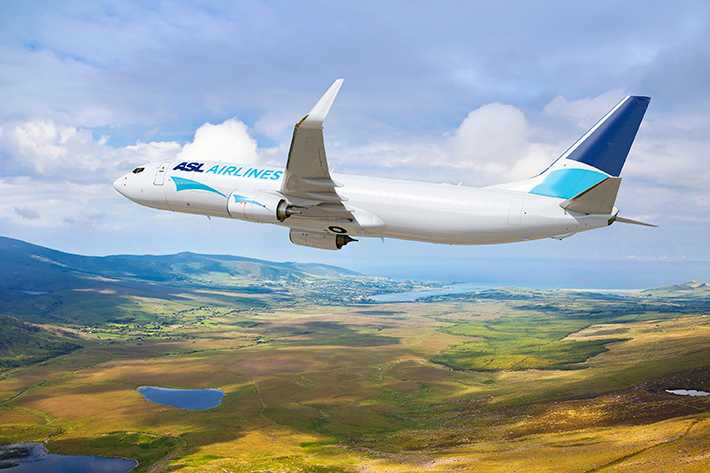 “The year saw strong performances across all business segments with ASL’s long-haul freight routes, particularly between Europe and China, being a key factor,” the company said.

ASL chief executive Dave Andrew said: “We executed a very positive, forward-looking strategy to control costs through the Covid crisis whilst investing in aircraft and new technologies to meet the requirements of our group and our customers to reduce and eventually eliminate carbon emissions.

“This parallel approach saw us remove operational duplication across our airlines and the creation of centres of excellence. Simultaneously we began a major investment programme in our narrowbody fleet including orders for up to 40 737-800 Boeing Converted Freighters [BCFs].”

ASL’s Boeing 737 Freighter fleet is the largest in Europe and this summer saw ASL’s Next Generation (NG) B737-800 aircraft overtake the number of classics in the Group fleet for the first time.

The order will see the entry into service of the twentieth converted aircraft later this year.

Chief financial officer at ASL Mark O’Kelly, says: “We’re very pleased with these results which show the strength of our business model and the critical nature of the services we provide.”

The figures include results from ASL’s airlines in Ireland, Belgium, France and the UK, as well associate and joint-venture carriers in Thailand and South Africa.

The Group has a fleet of 130 aircraft that includes 7 aircraft types ranging from the turbo prop ATR 72 to the Boeing 747.

In April, ASL secured a $125m debt facility from Goldman Sachs that will be used as part of its fleet renewal programme.

ASL takes up options on 10 more B737 cargo conversions