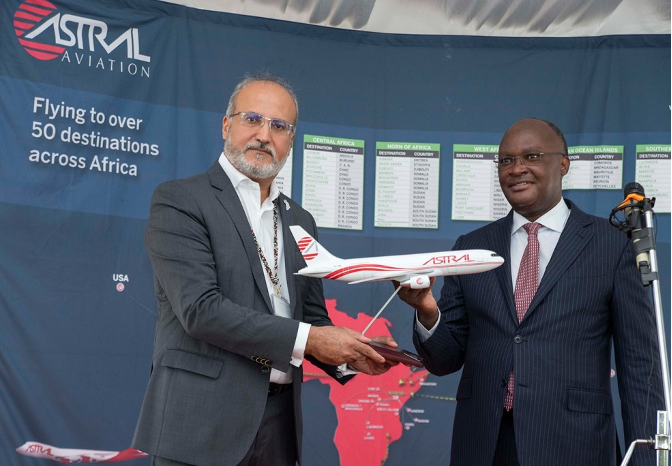 Astral Aviation will deploy its first B767-200 freighter on a twice-weekly service between Nairobi and its Middle East hub, Sharjah.

The Kenya-headquartered airline said the route would begin on February 3, mainly catering to flowers and vegetables.

The 40-tonne capacity aircraft, which is leased from ATSG subsidiary Cargo Aircraft Management (CAM), will also be used on its four-times-per-week Nairobi-Johannesburg service, currently operated utilising a B727-200F.

“The freighter will also offer capacity on high priority for the distribution of the Covid vaccine to and within Africa in addition to humanitarian cargo,” the airline added.

Astral Aviation chief executive Sanjeev Gadhia said the freighter will complement the existing fleet by providing new opportunities in the 40-tonnes category which was previously underserved in Africa.

The carrier said the B767F is ideal for its intra-African network, which comprises 15 scheduled destinations while offering new opportunities to the Middle East, which is “an important gateway for East Africa’s air imports and exports”.

“The freighter’s induction to the Astral fleet also marks an important milestone for the aviation industry as it recovers from the effects of the pandemic, which led to an 8% decline in cargo volumes in 2020 in Kenya,” Astral said.

Sharjah International Airport was chosen due to its “strategic location” as well as the services it provides. These include facilities to handle temperature-controlled perishable, pharma, and healthcare cargo.

JKIA in Nairobi, Kenya has a capacity of 1.2m tonnes, which includes 9,000 m sq of cold room facilities.