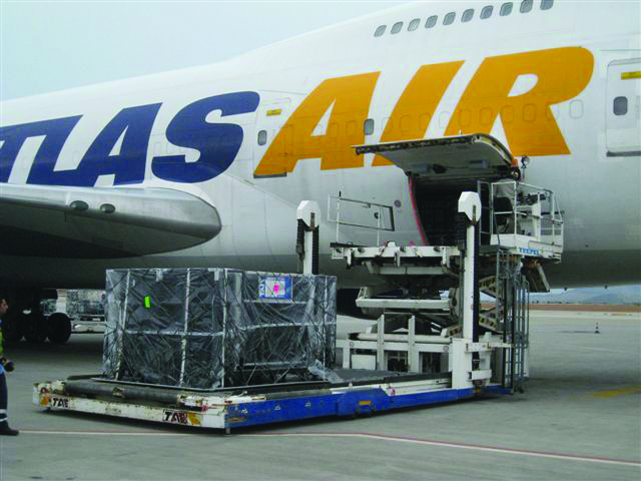 Freighter aircraft lessor Atlas Air believes it is too early to say what impact the devaluation of the yuan will have on air cargo demand but is nonetheless confident that volumes will grow in 2015.
Speaking at the Jefferies Global Industrials Conference, Atlas Air chief executive and president William Flynn said that despite signs of a slowdown in demand there had been good growth in air cargo in 2015, but said year on year comparisons suffered because 2014 was such a strong year.
“Our sense is that the market is still in a growth phase and that growth may continue,” Flynn said.
“There might be regional differences, as there always are, but the core transpacific tradelane will show good growth and product introduction.
“In spite of the political troubles we’ve seen in some of the large South American economies, South America continues to grow, both southbound and northbound, as well as other north south trades with Africa. Overall, I think it’s still a growth market.”
Flynn’s comments come as IATA data shows a slowdown in cargo growth over May and June, with June registering an increase in freight tonne kms (FTK) of 1.2% on a year earlier, while Asia Pacific, North American and Latin American carriers reporting declines.
Another recent development that could impact air cargo demand is China’s decision to devalue the yuan over the last two days, which has caused its value to decline by around four percent.
The move caused share prices to tumble, but some have suggested it could boost exports in China, which fell 8% in July, as goods produced in the country would become cheaper around the world.
Flynn withheld judgement on the impact of the devaluation for now.
He said: “I think it’s kind of early to say what the impact of the devaluation of the yuan will have but clearly there is a focus towards continuing export led growth and I think that could be favourable over time.”
During the event, Flynn was also asked for his thoughts on the impact of the introduction of the Boeing 787 on freighter operations.
He said that at present, deployed capacity in FTK was split roughly 50/50 between freighters and bellyhold, however, freighters carried around 60% of total cargo.
“There is a logic to the way freight flows operate,” he said. “Whereas the 787 wants to give the passenger more point-to-point options, freight still runs through major hubs, it isn’t looking for point-to-point.
“It’s about consolidating dense volumes in Shanghai or Hong Kong to fly to Los Angeles or Chicago, for example, and re-distribute from there.
“Clearly there is more belly capacity in the market and it will always be important, but in terms of where production centres are, where the other flows are that are part of the airfreight mix, I don’t think there is a fundamental shift between belly and freighter in terms of their share of the market.”
Flynn also provided an update on performance expectations for the year. He said the company expected to report above market growth because of the performance of its main customers, such as DHL Express and Etihad, which were growing ahead of their markets.