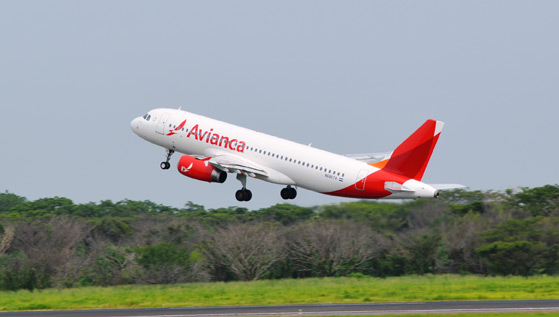 Avianca saw cargo revenues decline in the first quarter following the termination of its commercial agreement with Etihad Cargo on freighter flights to Europe.

The company said that revenues from its “cargo and other” business were down by 8.4% year on year to $180.3m in the first quarter, primarily due to the ending of the Etihad deal and a reduction in chartered cargo flights.

However, overall cargo tons transported increased by 2.4% year on year.

The Etihad partnership saw the Middle Easter carrier launch a twice-per-week freighter service between Milan and Bogotá and from Bogotá to Amsterdam in 2014.

The route was used to feed cargo into Avianca’s belly and freight network across Latin America, while the South American carrier also sold capacity on the return leg to Amsterdam.

Following the termination of the partnership, Avianca announced a new deal with Emirates SkyCargo with the launch of a new South American trade lane for the Middle East carrier, a weekly Boeing 777 freighter service to Bogota, with calls on Frankfurt and Mexico City on the outbound leg.

The Latin American carrier “commercialize the capacity” on the freighter’s return leg from Bogota to Maastricht via Aguadilla.

Other highlights from Avianca’s cargo business in the first quarter were a 5% increase in Valentine’s Day related flowers to 11,600 tons and a 7.4% increase in cargo to and from Miami, where it is now the airport’s third largest cargo carrier.