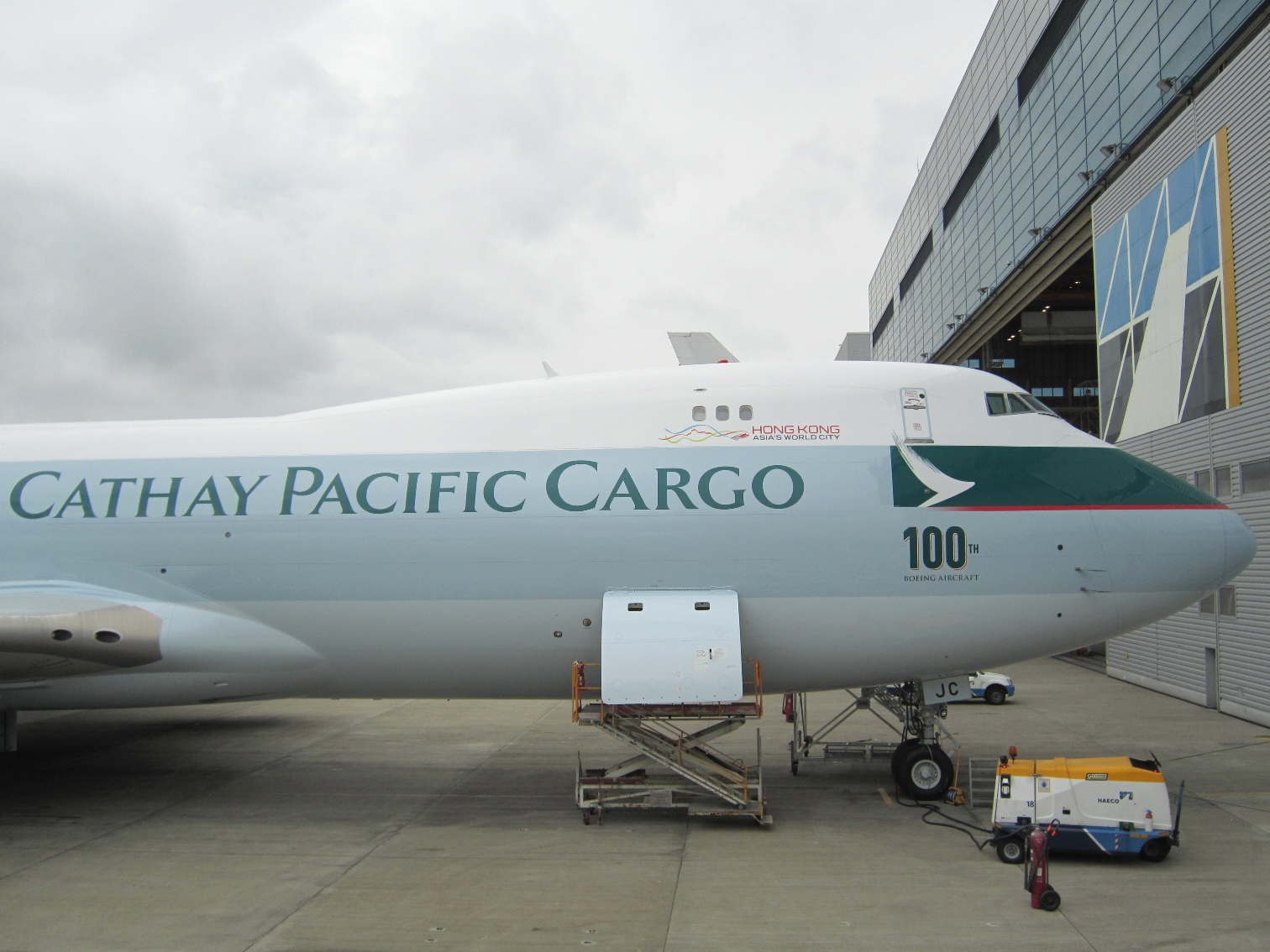 CATHAY PACIFIC CARGO and its sister company Dragonair carried 137,444 tonnes of cargo and mail in April, an increase of 11.0 per cent in comparison with the same period last year.
The cargo and mail load factor rose by 2.3 percentage points to 63.1 per cent, whilst capacity, measured in available cargo/mail tonne kilometres, climbed by 12.8 per cent.
Cargo and mail revenue tonne kilometres (RTKs) flown climbed to 17.0 per cent – mainly as a result of more transpacific flying and the impact of operating larger B747-8F freighters, says a company statement.
For the year to the end of April, overall tonnage increased by 5.7 per cent while capacity was up by 10.1 per cent. RTKs grew to 9.7 per cent.
Mark Sutch, general manager for cargo sales and marketing at Cathay Pacific, observes: “We saw an increase in demand across our freighter network in March and some of that momentum carried through into April. Traffic was also boosted by a pre-Easter rush.
“But while more long-haul flying and the use of bigger aircraft led to an increase in RTKs, yield continued to be on a downward trend. The general weakness of the world’s airfreight markets coupled with over-capacity in the industry is putting enormous pressure on rates.”
Commenting on the airline’s overall performance in the first quarter of this year, Ivan Chu, chief executive, states: “Our revenue performance over the first four months of 2014 has been below expectations. The cargo business, despite a temporary improvement in March, has continued to be weak.”
Share this story