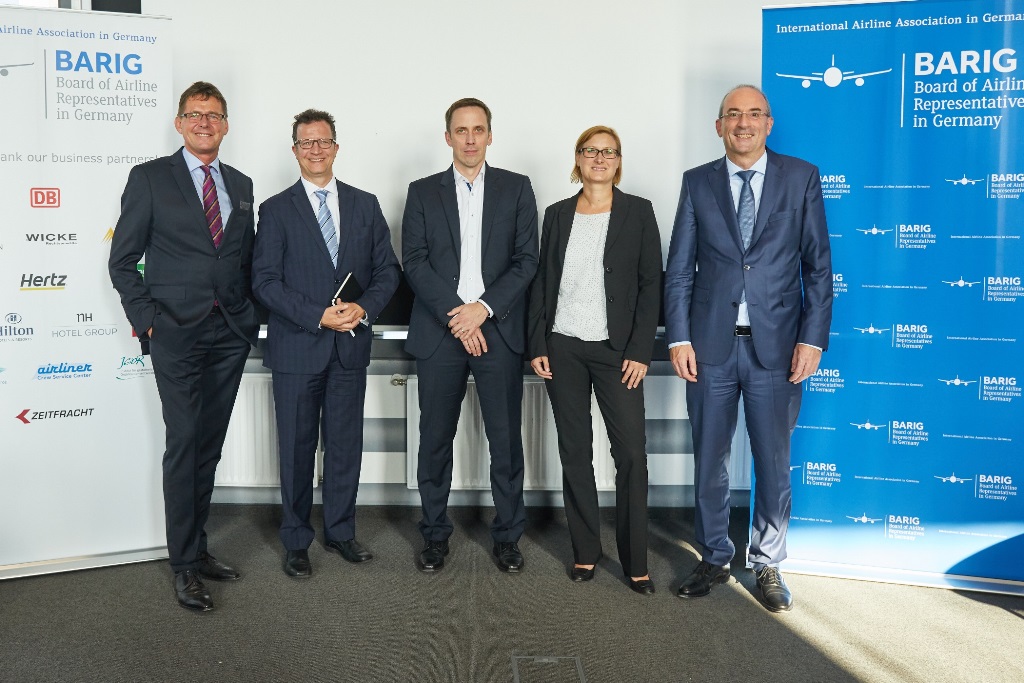 The Board of Airline Representatives in Germany (BARIG) has highlighted a need to address capacity issues in the European country as recent months have seen numerous flight cancellations and delays.
“Now all players in the industry as well as authorities and politics have to work on joint solutions," said BARIG secretary general Michael Hoppe (pictured far left) at the association’s plenary meeting in late August.
Among the challenges to capacity are passenger security controls, infrastructure bottlenecks and strikes as well as a lack of efficiency at airports.
The BARIG meeting discussed possible joint measures to overcome these difficulties, including “more efficient passenger security processes, border and customs controls, modernisation and expansion of infrastructure and more capacity in airspace”.
The association also said that the number of flights at some airports should not be increased further, lest this have a negative impact on quality, punctuality and competitiveness.
BARIG represents over 100 German and international member airlines. In June, it noted rapid growth in Germany’s air cargo volumes as a result of the continuing rise of cross-border e-commerce, and called for a collaborative approach to implement digital processes along the entire logistics chain and beyond in order to cope with the requirements of the market.