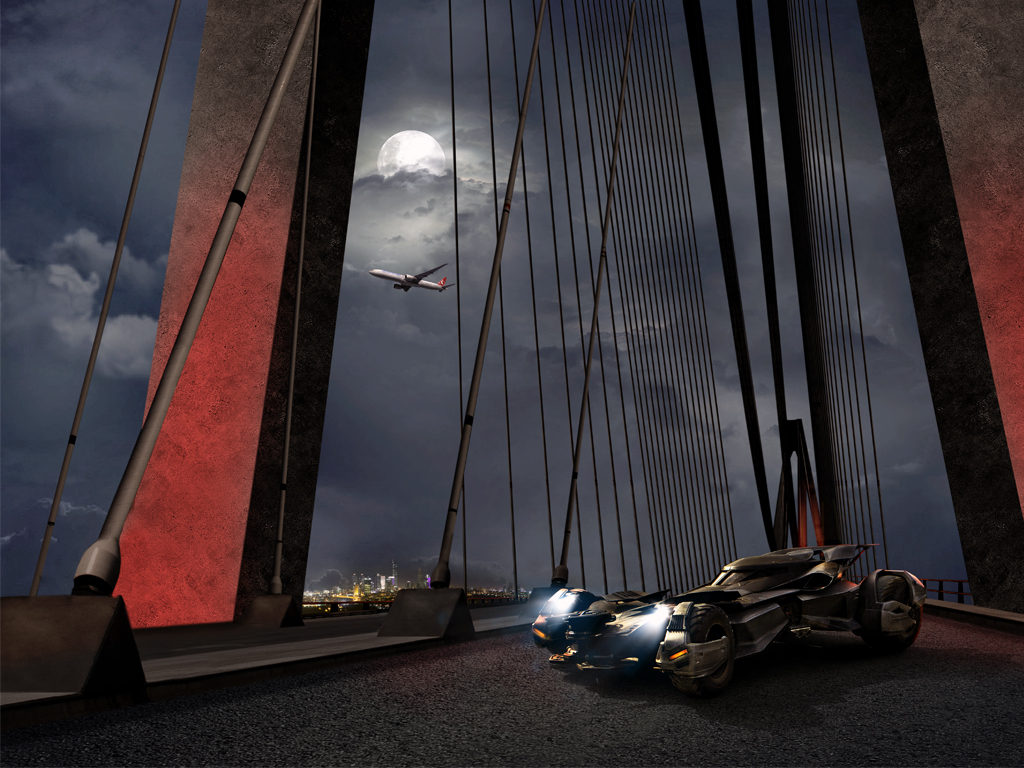 The Batmobile has made its first ever journey between two continents, thanks to Turkish Airlines. The car that will be used in Warner Bros’ new movie Batman v Superman: Dawn of Justice travelled to Istanbul where it crossed the Bosphorus Strait from Europe to Asia on the new Yavuz Sultan Selim Bridge which officially opens to the public this summer. While a distance of only a few miles, this was actually the longest-ever ride for the vehicle.
Turkish Airlines chairman, Ilker Aycı, Turkish Airlines chairman, Ilker Aycı, said: “The ride across the newest Bosphorus bridge is symbolic of how the Batmobile unites people worldwide as a pop culture icon, how Istanbul is the only city connecting two continents, and how Turkish Airlines bridges globally to 113 countries and more than 287 destinations.”
A key scene in the movie, which hit theatres worldwide in March, features Wonder Woman aboard a 777 Turkish Airlines plane. An advertisement also announces Turkish Airlines’ newest destinations as Gotham City and Metropolis.
The video of the Batmobile’s cross-continental travel can be watched below: