Aeroméxico and Delta tie the knot 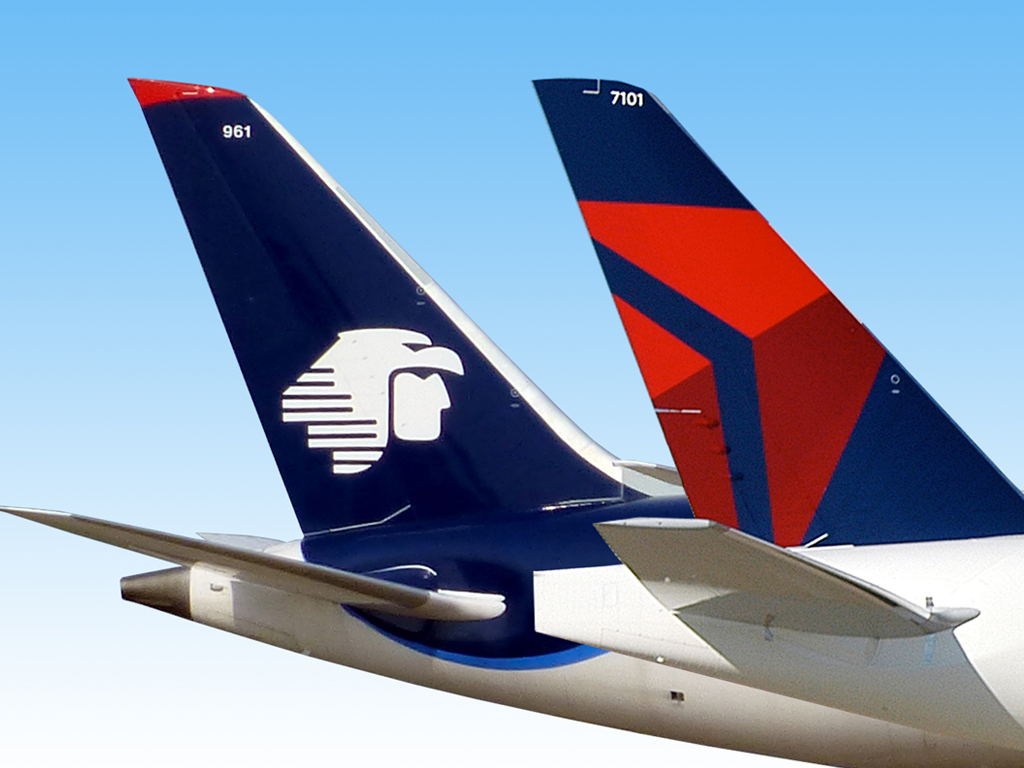 Aeroméxico and Delta Air Lines have begun their cooperation on trans-border flights after they confirmed to the Department of Transportation (DOT) and Mexico’s Federal Economic Competition Commission (COFECE) that they have completed the necessary steps required to launch their joint agreement.
The two carriers said the alliance would expand competition and allow them to serve new destinations by investing in airport facilities and implementing joint sales and marketing initiatives.
Delta chief executive, Ed Bastian, said: "The ability to cooperate fully with Aeromexico brings additional competition to one of the most dynamic transborder markets in the world. We are now well positioned to provide significant benefits to our customers, our businesses and our employees.”
His Aeromexico counterpart, Andres Conesa described the venture as an “historic agreement” that would give “a greater choice of flights and connectivity between both countries. For our employees, it represents an extraordinary opportunity for growth and the adoption of best practices that will make us the best alliance in the region. We are also pleased that this agreement will help strengthen the relationship between Mexico and the US by offering greater connectivity between the two countries than ever before.”
Delta will provide services in the US through its hubs in Atlanta, Detroit, Los Angeles, Minneapolis-St. Paul, New York, Salt Lake City and Seattle while Aeromexico will open up its domestic market via Mexico City, Monterrey and Guadalajara.
Delta and Aeromexico launched their first codeshare in 1994 and, in 2011, entered into an enhanced commercial agreement. In 2012, Delta invested USD$65 million in shares of Grupo Aeroméxico, the parent company of Aeromexico before, in 2015, the two carriers applied to the authorities in their respective countries  for approval of the trans-border joint commercial agreement.
In March 2017, Delta completed a cash tender offer to acquire 32% Grupo Aeromexico, giving it 36.2% of the outstanding shares of the Mexican airline with options to acquire a stake of up to 49%.