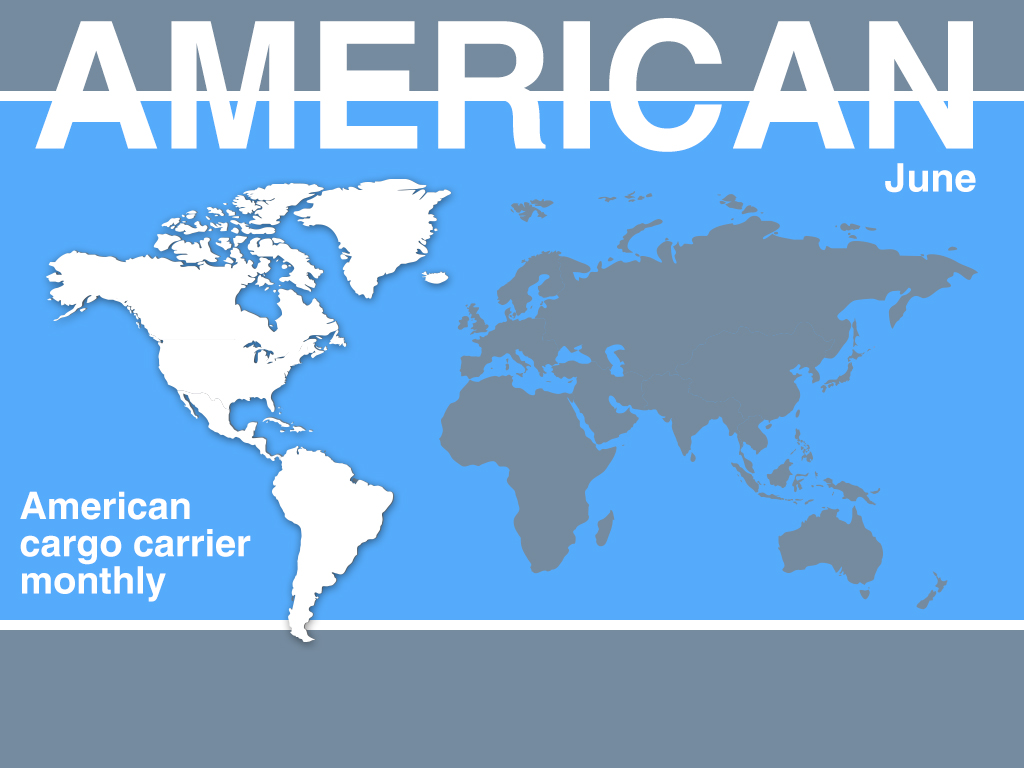 June was another bumper month for US cargo airlines as the three major bellyhold players all registered double-digit percentage improvements in freight traffic.
The largest US bellyhold airline, United, recorded a 22.3% year-on-year improvement in traffic in June to 280m cargo revenue ton miles.
This is the airline’s tenth double-digit percentage improvement in a row and its busiest June since Air Cargo News records began in 2011.
View interactive chart

The improvement comes as US carriers continue to benefit from the strength of the US dollar, which makes imports more affordable in the country. On the downside, exports become less competitive abroad.
American Airlines also saw bellyhold traffic improve during the month, with a 16.4% improvement on a year earlier to 236m cargo ton miles as it continues to expand its network through the addition of aircraft.
This year represents the cargo airline’s busiest June on record, while it has now registered four months in a row of double-digit cargo traffic improvements.
Delta Cargo also continued its good run of form as it noted a 13.4% improvement in June to 195m cargo ton miles.
This is the airline’s second double-digit percentage improvement in a row and comes as it starts to welcome “cargo friendly” Airbus A350-900 aircraft onto Asian routes, which will boost capacity.
In the April-June period, the carrier registered its first increase in quarterly cargo volumes since the first quarter of 2015.
The airline has been working hard to improve its cargo fortunes of late with a particular focus on improving its ground operations, investing in digitisation and gaining CEIV certification.
It has also added new partnerships with AeroMexico and Korean Air.
There was also good news in South America as LATAM Cargo registered its second cargo traffic improvement in a row after 30 months of declines.
June saw the airline handle 259m revenue ton km, up 2.7% on a year earlier. This comes as South American economies begin to pick-up following a lean period.
View interactive chart

However, the figure for the month still lags far behind the 352m revenue ton kms it handled in June 2012.
A reduction in  cargo capacity also helped boost its cargo load factor for June to 53.9% compared with 48.1% a year earlier.
View more air cargo data here