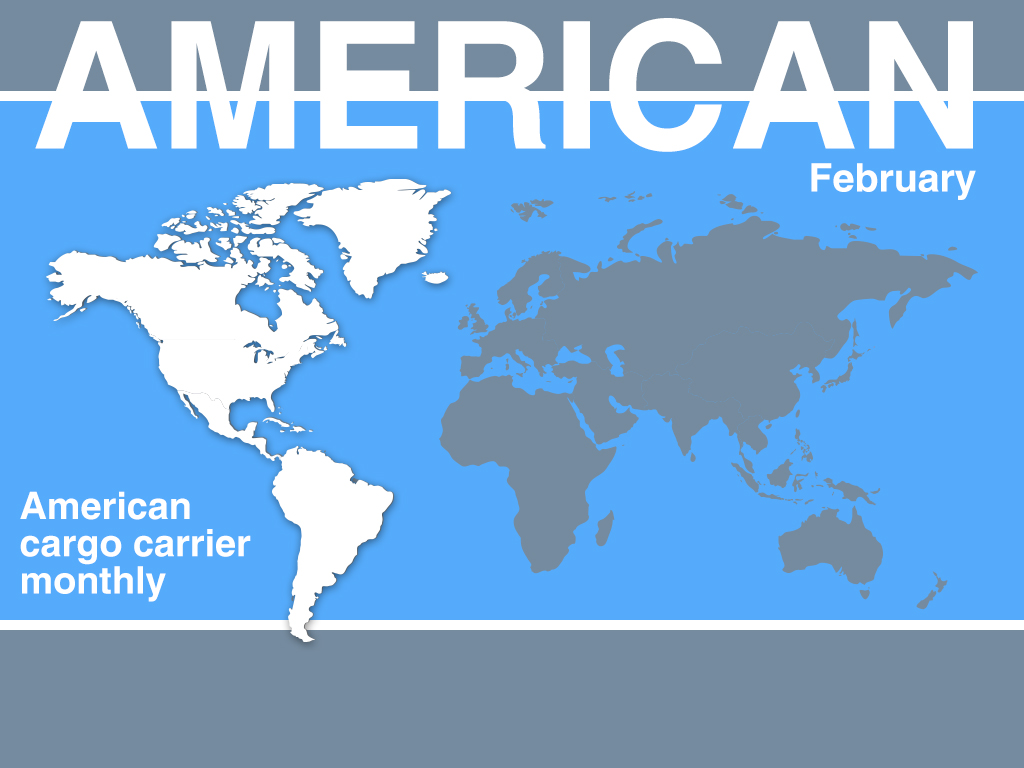 America-based airlines’ monthly airfreight statistics for February made for difficult reading as American, Delta and United all recorded year-on-year demand declines for the first time in years.
While demand declines are not good news for the airlines, the comparisons with a year ago are affected by the west coast US port strikes in 2015, which boosted airfreight demand as shippers turned to air cargo to keep inventories full and production lines moving.

For United, the year-on-year decline of 11.8% to 195m cargo ton miles (CTM) is actually the first decline it has recorded since December 2013.
The boost it received from the west coast port strikes can be seen through a 20.8% increase in demand in February last year.
The airline has been teetering on the edge of recording a demand decline for the last three months, with volumes flat on a year ago during that period.
It was a similar story at American Airlines where cargo demand declined for the fifth month in a row in February, slipping by 1.2% year on year to 174m CTM.
In February last year, it recorded a demand increase of 2.3%.
On a brighter note, American was the only one of three that managed to record a month-on-month increase.
Delta also recorded a decline in cargo demand, although it this is the 12 month in a row that demand was down on a year earlier.
In February this year, it recorded a 12.6% year-on-year decline to 155m CTM. Last year, the west coast port strikes helped it register a 9.9% boost.
There was also a cargo demand decline at the LATAM Group, where volumes slipped 7.4% year on year to 285m revenue tonne km.
It is the sixteenth month in a row that demand has declined on the previous year’s levels, but it is more down to weakness in Latin American economies than a 2015 boost from the US west coast situation.
The carrier has been reacting to the market weakness and has withdrawn freighter capacity. However, this reduction in supply wasn’t enough to offset demand weakness and as a result its load factor slipped to 51.4% compared with 55.1% this time last year.