American Cargo Monthly: declines at LATAM and Delta and improvements at United and American 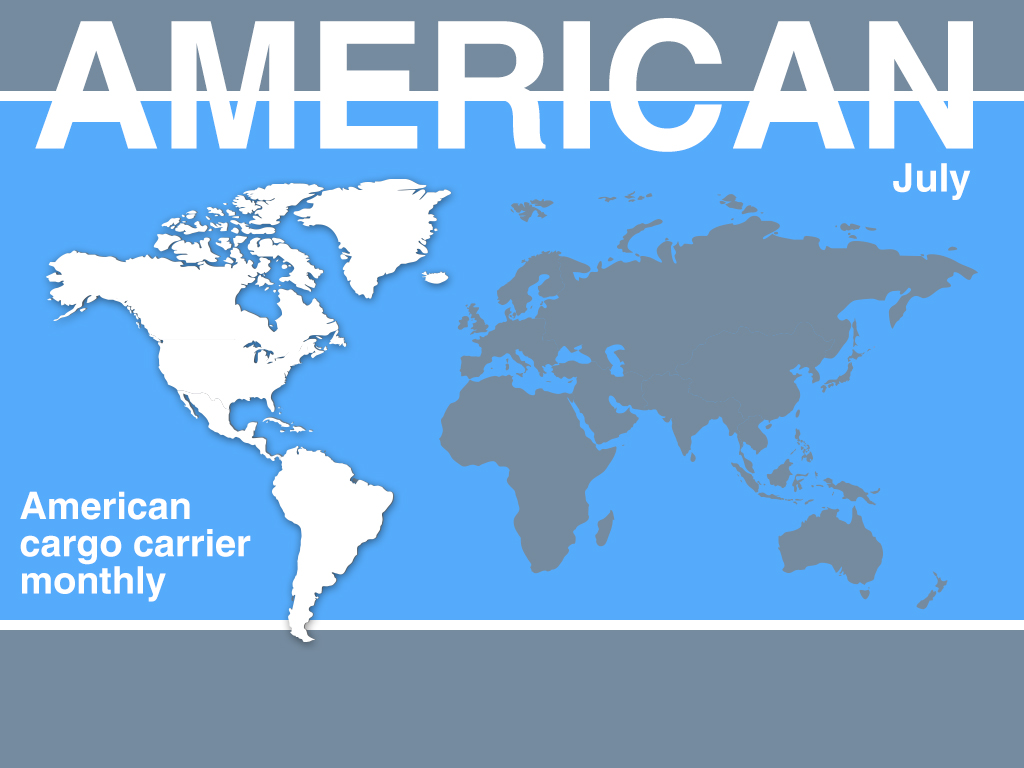 Demand patterns at America’s major bellyhold cargo carriers continued along a similar trend to the rest of the year with United and American recording increases while LATAM and Delta reported declines.
American Airlines Cargo flew 190.5m cargo ton miles in July, up by 5.7% on the same month of 2015.  The increase signifies a return to growth after a flat June and represents the airlines third year-on-year increase of the year.
Over the first seven months of the year, the carrier flew a total of 1.35bn cargo ton miles, representing a year on year improvement of 1.2%. The largest increase in demand came from United Cargo, which flew a total of 238.1m cargo revenue ton miles in July, up by 10.1% on the same month of 2015. The increase represented the fourth consecutive monthly improvement.
Over the course of the first seven months of 2016, the carrier flew 1.54bn ton miles, up by 1.8% year on year. June’s cargo revenue ton miles figure had been up by 9.4% year on year, to reach 229m.
For Delta, 2016 continues to be a difficult year. In July the airline saw demand decreased by 11.8% year on year, representing its 17 monthly decrease in a row.
To help reverse the declines, the airline has appointed a new cargo boss, Gareth Joyce, who aims to switch the airline from a transactional approach to business to a more consumer-centric focus and also leverage Delta’s domestic network.
Latam has also been having a tough time of it of late as South American economies – Brazil in particular – continue to struggle. In July, LATAM Cargo flew 274m revenue tonne km, down by 9.5% on the same month of 2015.
With capacity as measured by available tonne kilometres down by 6.4% year on year, the cargo load factor also declined – by 1.6 percentage points to 48.8%.
While by no means great, the July figures are an improvement of what has come before. For the year to date up to the end of July, the freight carrier flew 1.95bn cargo ton kilometres, down 11.2% year on year.
With the year on year capacity comparison down by 5%, the average cargo load factor over the period fell year on year by 3.5 percentage points to 49.8%. 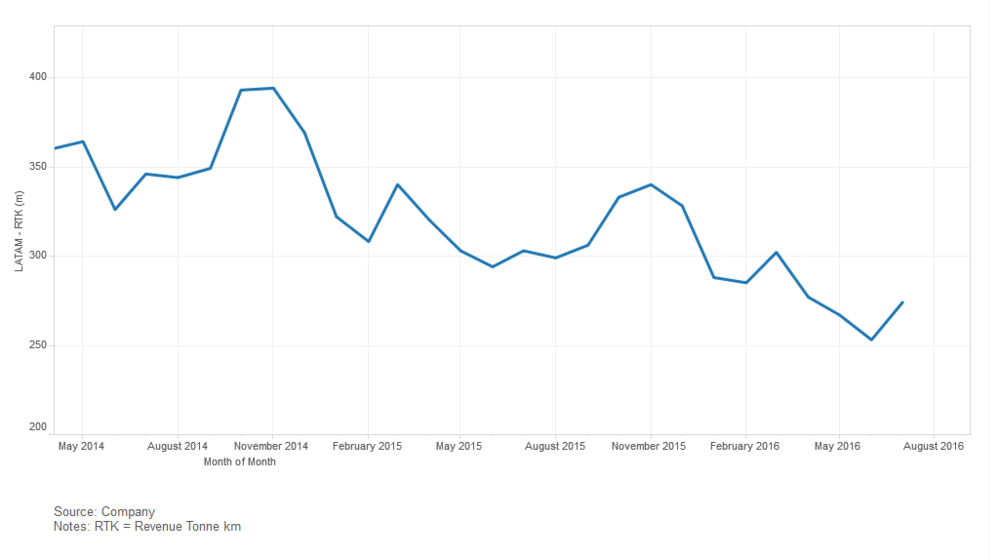 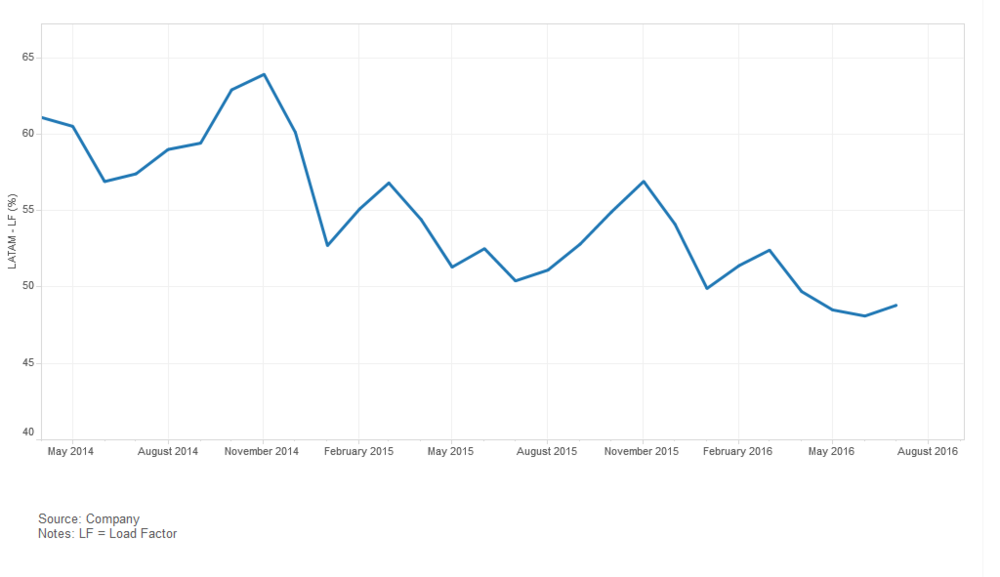