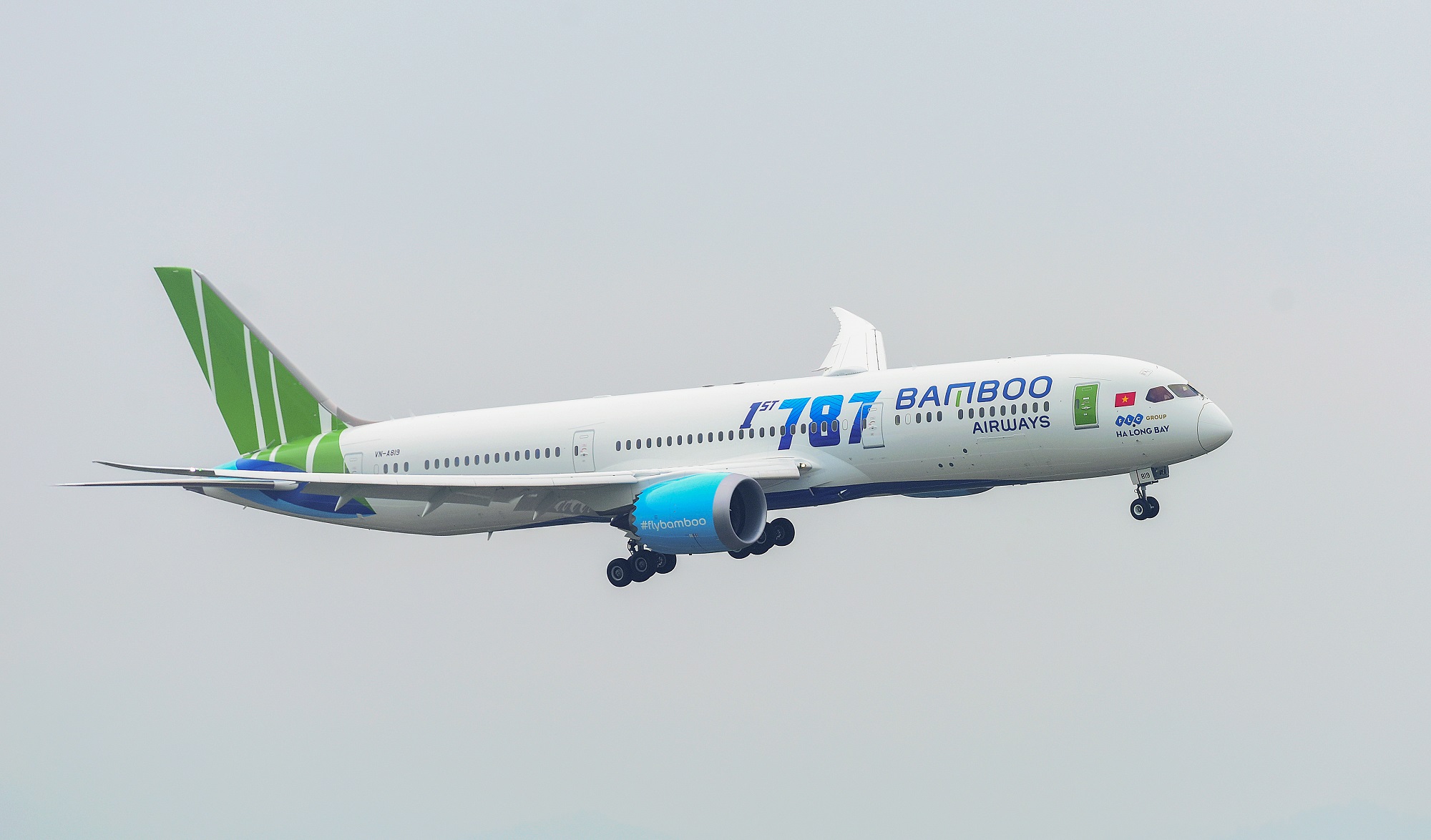 In so doing, Bamboo Airways noted that it became the first ‘private airline’ (ie, excepting the state-owned Vietnam Airlines, which also flies long-haul airplanes) to operate widebody aircraft in Vietnam.

According to a statement from Bamboo Airways, it regards the B787-9 as an aircraft type that will play a “key role in the future operation of the airline’s medium and long-haul routes to Asia, Europe and America”.

It expects to be operating four of the type within the very near future.

Ihssane Mounir, senior vice president of commercial sales and marketing at Boeing, observed: “Bamboo Airways has seen remarkable growth since the start of its operation nearly one year ago.

“The airline is positioned to become a key player in serving the rapidly rising domestic Vietnamese market and achieve its long-range plans to connect Asia with Europe, North America and beyond.

“The Dreamliners will bring the perfect combination of efficiency and flexibility for Bamboo Airways to serve new point-to-point regional and international destinations,” Mounir declared.

The carrier began operating its first commercial flights in January 2019, and now flies on a total of 34 domestic and international routes.

Alongside the rapid and ongoing expansion of its route network, its fleet is expected to number 30 aircraft by January 2020.

And the deputy general director of Bamboo Airways, Eddy Doyle, has said that Bamboo Airways’ fleet will reach a total of 100 aircraft by 2025.

He predicts that the carrier’s network will expand to cover 85 routes in 2020, taking in 60 domestic and 25 international routes.

“At the same time, we are focusing on co-operation with the world’s leading partners in the field of aviation technology and training to further improve the overall quality of service,” Doyle said.

Bamboo Airways will fly the round trip seven times a week.

The carrier has confirmed that it plans on connecting other Vietnamese and Taiwanese cities as and when it can.