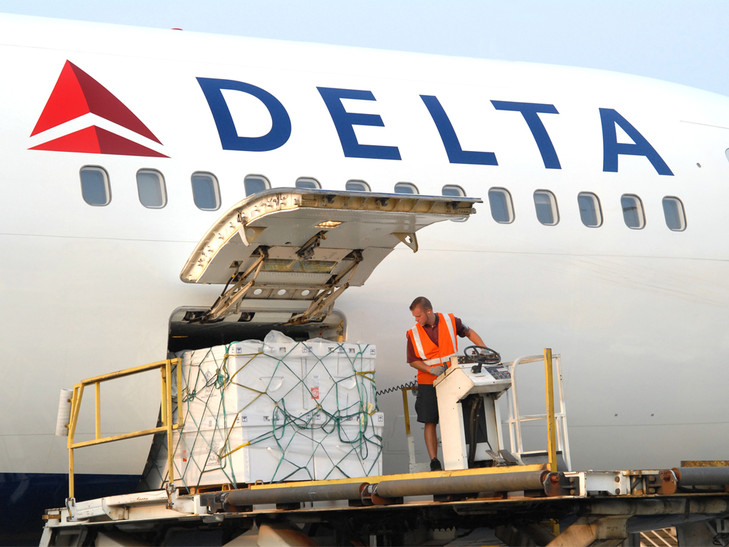 Delta Air Lines reported yet more declines in its cargo revenues and volumes during the third quarter of the year.
The US airline suffered a 14.8% year on year decline in third quarter cargo revenues to $167m while traffic was down 9.5% during the period to 504m cargo ton miles.
Delta does not provide commentary on its cargo performance, but it has been reporting demand declines ahead of its main rivals, United and American, for the majority of the year.

General market rates are also lower than they were a year ago while fuel prices have also taken a hit, although this should have a positive effect on the wider airline as jet fuel is a major part of its costs.
Performance during the quarter was also hit by four days of delays and cancellations because of a power outage at its Atlanta home.
However, Delta’s new cargo boss, Gareth Joyce, hopes to switch the airline from a transactional approach to business to a more consumer-centric focus and also leverage Delta’s domestic network.
It is also looking to co-locate some of its European operations with partners Air France KLM and Virgin Atlantic.
While the cargo business continues to struggle, the overall airline has been performing well this year.
Third quarter results were hit by the power outage which cost around $150m in income. Despite this, it still recorded operating revenue of $10.5bn, although this was 5.6% drop.