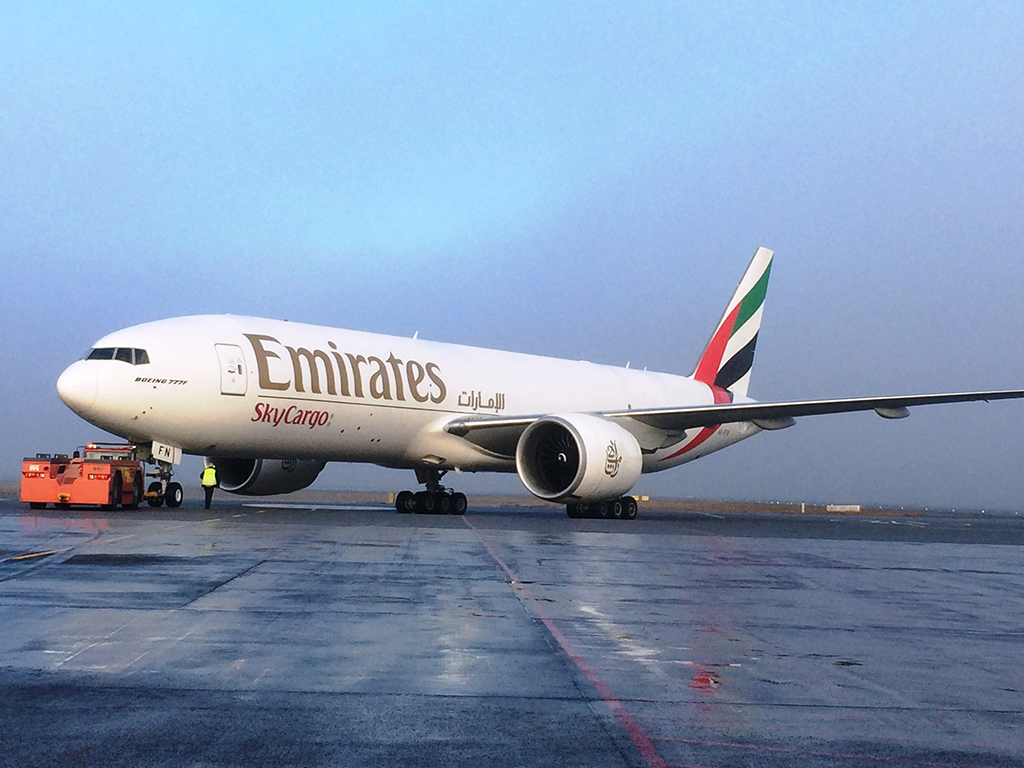 Emirates SkyCargo has signed an agreement with the Investment and Tourism Promotion Centre of Ho Chi Minh City to jointly explore opportunities to promote trade to and from Vietnam.
The Dubai-based carrier started operations in Hanoi in 2008 and over the last decade has scaled up the number of freighter and passenger flights to Ho Chi Minh City and Hanoi. Through its partners, Emirates SkyCargo has also been able to offer services from other Vietnamese cities such as Da Nang.

During the financial year 2017/18, the carrier transported almost 50,000 tonnes of Vietnamese exports and imports. This was an increase of close to 66% compared to 2015/16.
This trend is in keeping with the overall growth of trade in Vietnam. It is estimated that value of exports and imports from the country grew by 13% in the first half of 2018 compared to the same period in 2017.
Over the last five years, Emirates SkyCargo has transported close to 47,000 tonnes of exports from Ho Chi Minh City. The main commodities transported from the region include fruit and vegetables, garments, sporting apparel and fresh fish.
In 2017, it supported a near fivefold increase in the volume of perishables such as rambutans and lychees from Vietnam to Dubai working in close cooperation with Vietrade. Currently it offers a total weekly cargo capacity of more than 1,400 tonnes for exports and imports to Vietnam on five freighter and 14 passenger services a week.