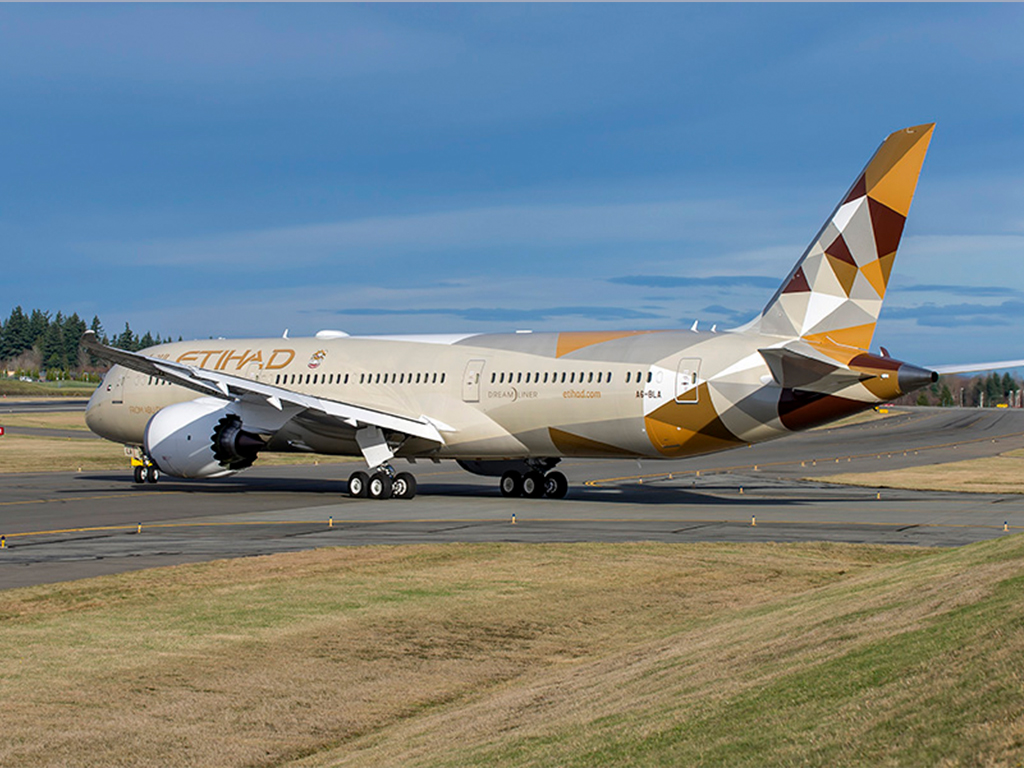 Etihad Airways is to deploy Boeing 787-9 Dreamliner aircraft on its routes from its Abu Dhabi hub to Amsterdam and Madrid.
The Dreamliners, which offer 11 pallet positions, will be introduced on year-round scheduled services to Amsterdam from 1 September, and to Madrid on 1 October, joining Düsseldorf and Zurich as the airline’s other European Dreamliner services. The 787-9 will also operate to Athens in summer.
Etihad is taking delivery of nine Boeing 787-9s this year and they are gradually being introduced on a number of international routes.
It currently operates a fleet of 13 Boeing 787-9s to 11 destinations – Washington, Düsseldorf, Zurich, Johannesburg, Amman, Riyadh, Singapore, Shanghai, Tokyo, Perth and Brisbane from Abu Dhabi. Beirut, Beijing, Seoul and Melbourne are due to join the 787 network over the next few months.