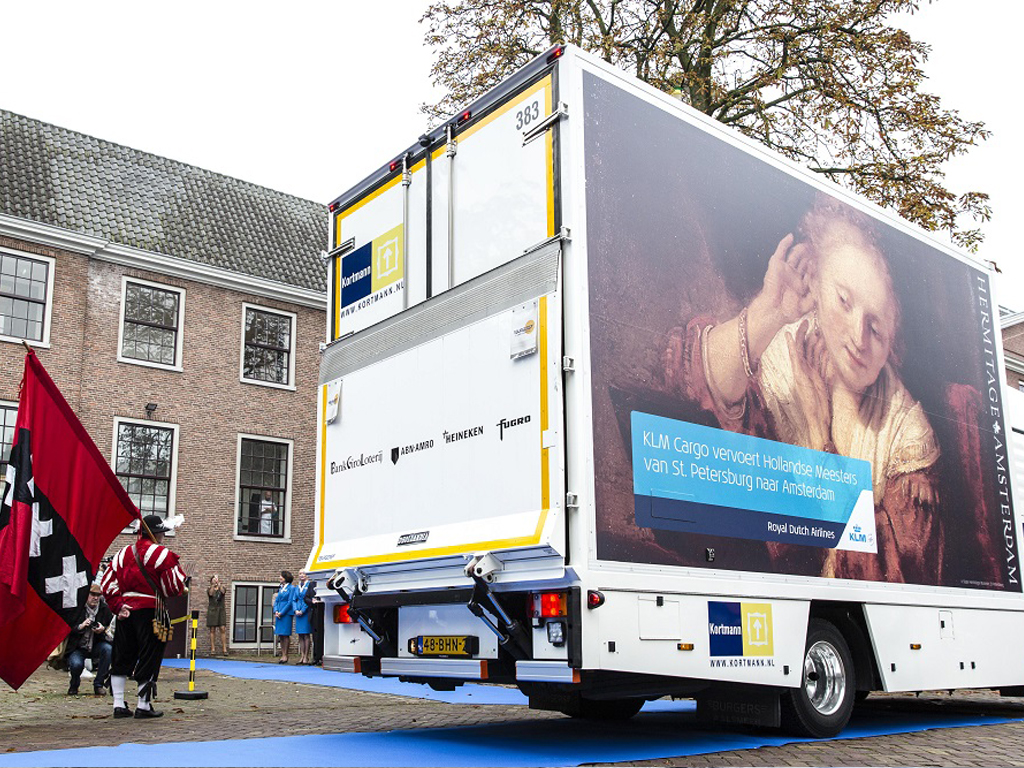 KLM Cargo is bringing works by Dutch masters back home to Amsterdam for a short time, after an absence of 300 years. The Netherlands flag carrier flew a number of works from St Petersburg, including Rembrandt’s ‘Young Woman with Earrings’ for the Dutch Masters from the Hermitage. Treasures of the Tsars exhibition at the Hermitage Museum in Amsterdam on the morning of 29 September, via Schiphol airport.
The pictures were transported in special, custom-made crates.
The show, from 7 October to 27 May 2018, includes 63 works by 50 Dutch masters of the Golden Age, including six paintings by Rembrandt. Most have not been exhibited in the Netherlands since they were purchased by the tsars.
The museum’s director, Cathelijne Broers, said: “It’s a complex operation transporting so many works by Dutch Masters. In the past, the works were usually transported by ship after purchase, but now they will be coming by road and air, which involves all sorts of regulations and security. KLM has a great deal of experience in this regard.”
KLM Cargo executive vice president, Marcel de Nooijer, added: “We are proud that KLM Cargo has been entrusted with the transportation of these works, ensuring that they will be temporarily on show in the Netherlands after more than 300 years.”
In the past, KLM Cargo has transported works such as Johannes Vermeer’s ‘Milkmaid’ and Damien Hirst’s ‘Shark’ – which weighs 5,000 kilos.
In 2016, it brought the skeleton of a Tyrannosaurus Rex from the US to the Netherlands, and in April 2017, transported two pandas from China to the Netherlands.