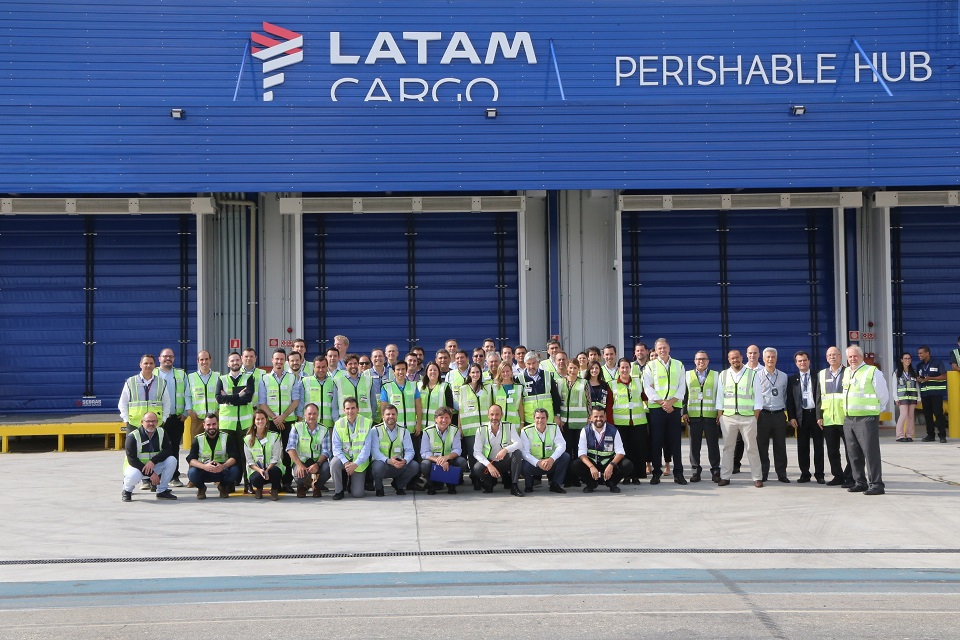 The facility occupies an area of 1,637 sq m, with 50% equipped with variable temperature cooling chambers that offer ranges of 0 to 2°C and 2 to 12°C for storage and re-palletising. The system also has the option of raising the temperature of any of the chambers up to 22°C.

LATAM says that fresh products account for 45% of its annual cargo, and for more than 85% of the cargo it handles at Guarulhos. The Brazilian hub handles, amongst its wide range of perishables, the transit of salmon to the US and China, asparagus from Peru to the UK and Germany and Peruvian mangoes to Spain and France.

Claudio Torres, international commercial director South America at LATAM Cargo Group, said: “Our perishable hub will help us to reduce the time perishables are exposed to non-controlled temperatures by up to 20%, thanks to its capacity to offer variable temperature ranges and its strategic location closer to the loading areas.”

Andrés Bianchi, chief executive of LATAM Cargo Group, added: “We know Latin America is a major producer and exporter of perishables, and that its economic development largely depends on the international recognition of the quality of its products.

“Faced with this reality, and as the leader in air transportation in the region, we took on the challenge of providing excellence in service and execution, and investing in leading-edge infrastructure to protect the freshness of the products carried, with the high standards our value proposal is well known for.”

The perishable hub opened as part of the launching of FRESH, through which LATAM offers controlled-temperature facilities across its network, an online storage temperature deviation monitoring system, reduced exposure time while on the tarmac, and a predictive model that identifies the best measures to ensure freshness.

Air cargo capacity down by 35% on last year

The latest figures from consultant Seabury shows that air cargo capacity is 35% lower than a year ago. Figures released…