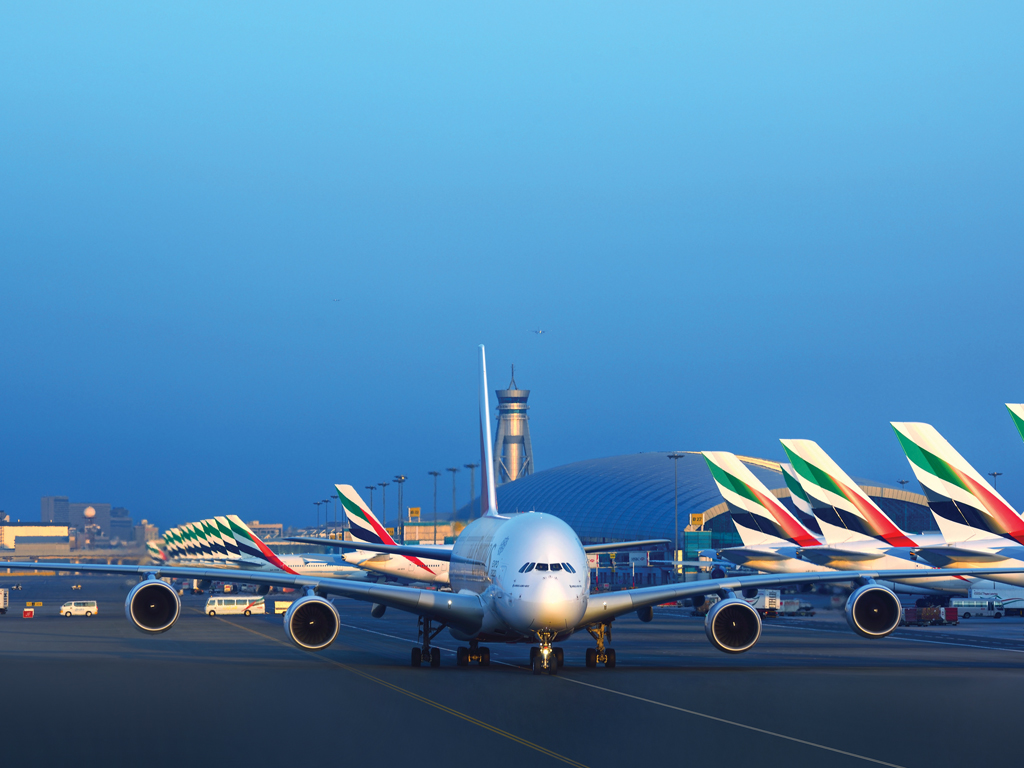 A turbulent year in aviation did not prevent Emirates from posting its 29th consecutive year of profits on 11 May, but it was sharply down on the previous 12 months.
The Group reported an AED 2.5 billion (US$ 670 million) profit for the financial year ending 31 March, 70% lower than last year’s record profit. The Group’s revenue reached AED 94.7 billion (US$ 25.8 billion), up 2% over last year’s results but the cash balance decreased by 19% to AED 19.1 billion (US$ 5.2 billion) mainly due to the repayment of bonds  and ongoing investment in the aircraft fleet.
No dividend payment will be made to the Investment Corporation of Dubai (ICD) for 2016-17.
Chairman and chief executive Sheikh Ahmed bin Saeed Al Maktoum, said: “Emirates and dnata have continued to deliver profits and grow the business, despite 2016-17 having been one of our most challenging years to date.”
However, the Group did invest AED 13.7 billion (US$ 3.7 billion) in new aircraft and equipment, acquisitions facilities and technology.
Total passenger and cargo capacity crossed the 60 billion mark, to 60.5 billion ATKMs at the end of 2016-17, cementing its position as the world’s largest international carrier. The airline increased capacity during the year by 4.1 billion Available Tonne Kilometres (ATKMs), or 7% over 2015-16.
Emirates received 35 new aircraft, its highest number during a financial year, comprising of 19 A380s and 16 Boeing 777-300ERs but 27 older aircraft were phased out, bringing its total fleet  to 259 at the end of March.
One new freighter destination was added during the year – Phnom Penh – along with passenger routes to Fort Lauderdale, Hanoi, Newark, Yangon, Yinchuan and Zhengzhou.
Total operating costs increased by 8% over the 2015-16 financial year, despite a fall in the price of jet fuel.
Emirates SkyCargo contributed 13% of the airline’s total transport revenue.
In an airfreight market that remained challenging with fast-changing demand patterns, the cargo division reported a revenue of AED 10.6 billion (US$ 2.9 billion) down 5% over last year, although tonnage carried slightly increased by 3% to reach 2.6 million tonnes.
Freight yield per Freight Tonne Kilometre (FTKM) decreased by 8%, reflecting the strong downward trend across the industry, and the weakening of major currencies against the US dollar.
Emirates’ SkyCargo’s total freighter fleet remained unchanged, with 15 aircraft: 13 Boeing 777Fs, and two Boeing 747-400Fs.
Emirates SkyCargo also inaugurated the SkyPharma  4,000sq m purpose-built facility at Dubai International Airport; and launched the White Cover Advanced, a protection system for temperature-sensitive cargo.
The handling arm, dnata, had a rather better year, enjoying its most profitable year yet ins 58 years of operation, breaking the AED 1.2 billion (US$ 330 million) profit barrier for the first time. Organic growth was bolstered by its new acquisitions of dnata Aviation Services in the US in April 2016 and Air Dispatch in the Czech Republic in July 2016.
Revenue from dnata’s UAE Airport Operations, including aircraft and cargo handling increased by 6% to reach AED 3.0 billion (US$ 823 million). Cargo handled increased  by 4% to 714,000 tonnes a first turnaround sign of the cargo industry’s ongoing malaise, it argued.
During the year, dnata also inaugurated its new AED 25 million export customer service centre and cargo integrated control centre in the Dubai Airport Free Zone.

Cathay Pacific to be probed over Covid outbreak