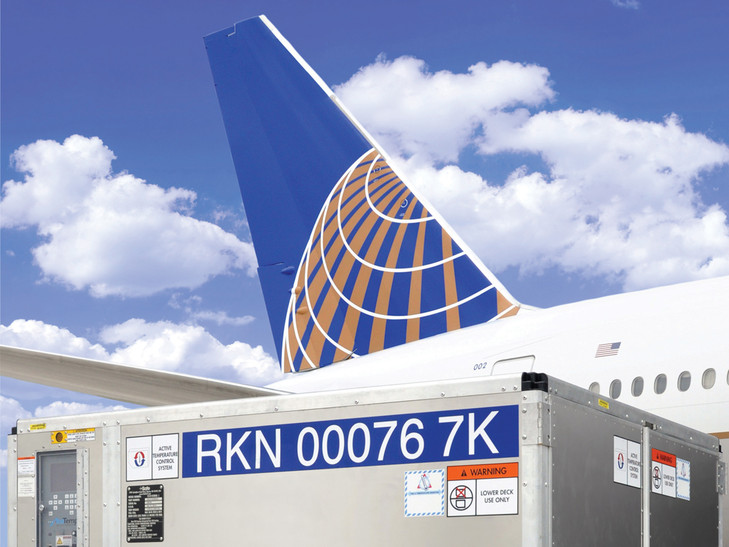 United Airlines saw air cargo revenues increase by more than 20% in the second quarter of the year as a result of improving freight traffic.
The airline saw cargo revenues increase by 22.1% year on year during the second quarter of the year, while traffic was up 21.9% to 828m cargo ton miles (see tables at end of article).
It is the third quarter in a row that United has seen cargo demand and revenues improve compared with the previous year.
Notably, United also saw its revenues per cargo ton mile creep up by 0.2% to 30.68 cents, mirroring improvements in airfreight rates on key trade lanes.
Whilst this is only a slight improvement on a year earlier and lags behind 2015 levels, it is the first time the airline has registered a year-on-year improvement in the measure since the first quarter of 2015 when the industry benefitted from strike action at US west coast ports.
In the second quarter, the airline took delivery of six Boeing 777-300ER aircraft, one used Airbus A319 aircraft and ten Embraer E175 aircraft.
New international services were announced between Newark/New York and Buenos Aires, Argentina, and between Los Angeles and Singapore and added a second daily flight between Newark/New York and Bogota, Colombia.
United also added additional services and upgauged aircraft between San Francisco and 18 destinations, including Seattle, Philadelphia and Portland, Oregon and increased services to Hawaii on 11 routes.
Delta Air Lines also registered improvements in cargo revenues and cargo demand during the second quarter.
Read more North America air cargo news