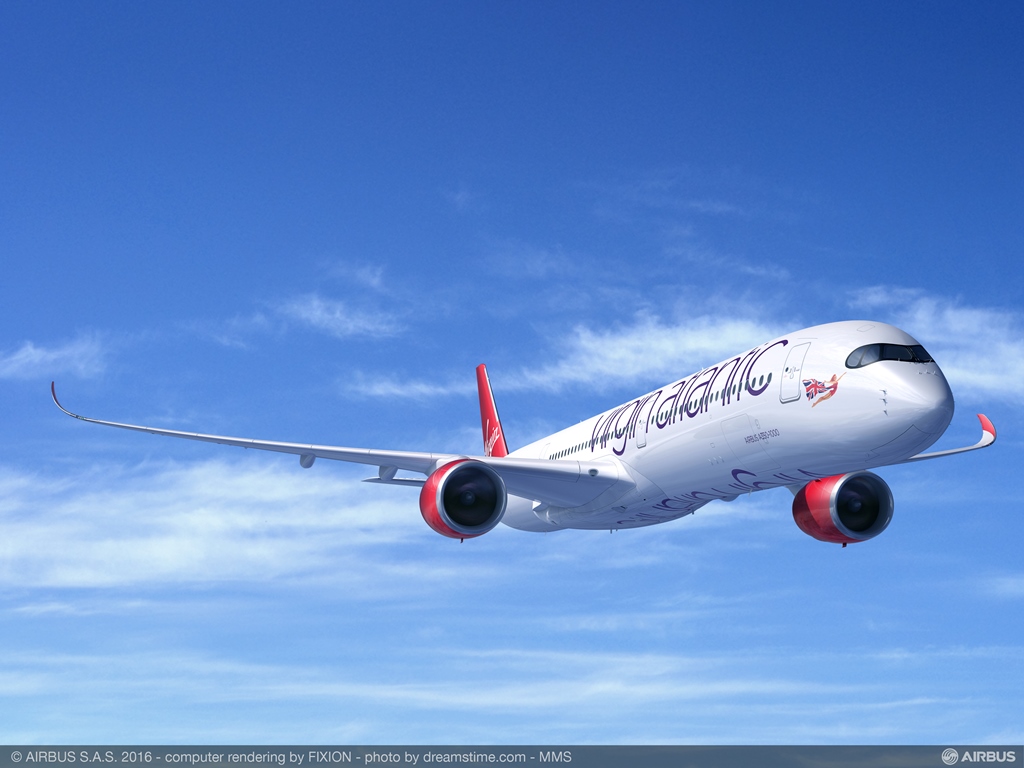 Virgin Atlantic’s cargo division is looking forward to extra capacity and increased fuel efficiency of the 12 Airbus A350-1000 aircraft that were ordered at last month’s Farnborough International Airshow.
The airline said the $4.4bn investment is part of a fleet modernisation programme, which will see 50% of Virgin Atlantic’s aircraft replaced in a six year period – creating one of the world’s youngest fleets.
The A350-1000 is designed to be 30% more fuel and carbon efficient than the aircraft it replaces in the airline’s fleet and is expected to reduce the airline’s noise footprint at airports by more than half.
For Virgin Atlantic Cargo, it will also deliver an increase in lower deck cargo capacity of between 10% and 22% depending on configuration.
John Lloyd, senior vice president, cargo, at Virgin Atlantic, said: “We are confident the A350 will be the best cargo aircraft we’ve ever had in our fleet when we start to take delivery in early 2019. It is another demonstration of the airline’s focus on investing in the future for our customers.”
The A350-1000 will replace Virgin Atlantic’s remaining Boeing 747-400s and Airbus A340-600s and will operate on both business and leisure routes worldwide.
Initially the aircraft will fly to key US destinations from London Heathrow.
Today, Virgin Atlantic has 39 aircraft in its fleet with 13 787-9s, 10 A330-300s, 8 A340-600s, and 8 747-400s.